All smiles and then…

This week we had our first serious accident. It started out with everyone all smiles. Cailee was even posing for pictures, which is rare enough. 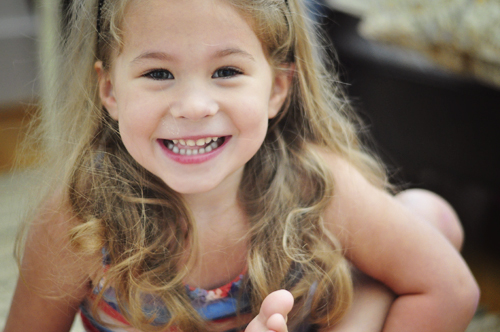 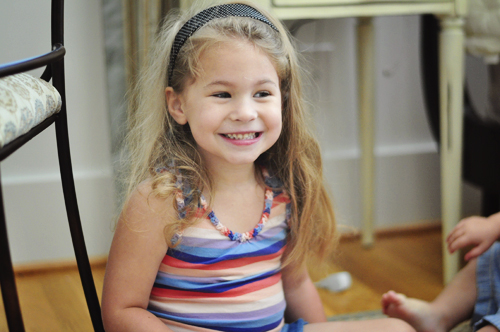 But the mood was shattered when Connor went head first into Cailee’s rod iron bed frame. I have never seen so much blood and I wasn’t quite sure what to do about it – but call JJ and have him rush home. Apparently, lip injuries can bleed alot – now I know. I wasn’t sure where the blood was coming from and was just certain he had knocked his teeth out. Luckily it turned out that he just tore his frenulum (yep, didn’t think I would ever know that word) – its the tissue that connects the inside of the mouth to the gum and apparently its a quite common injury. So a quick trip to the urgent care and Connor seemed good to go. Unfortunately, the situation has gotten a bit more worrisome. He has a lot of swelling, bruising and some bleeding still from his nose (couple that with pink eye) and he’s got it coming at him from every angle. In true Connor fashion though, he’s a trooper. Not much can keep that kid down – not even all the doctors prodding on him.

To date, it seems he has been cleared of any fractures in his face (which was a concern at one point) and now the thinking is that there might be an infection – which caused the swelling – so he’s getting doped up on some antibiotics and we are hoping things will look much better in a few days – in the meantime – it looks like he was in a boxing match and didn’t come out the victor. Poor little guy.

At least he managed a half smile in this one. 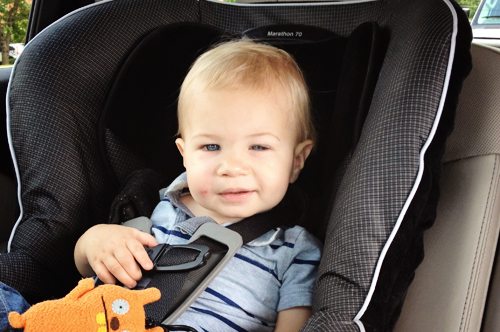 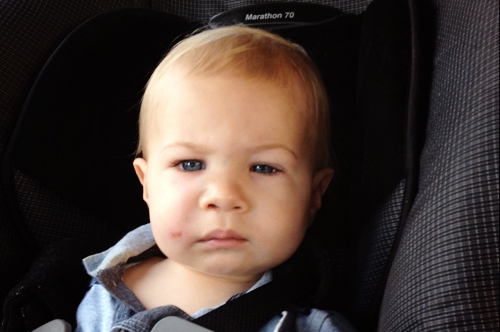 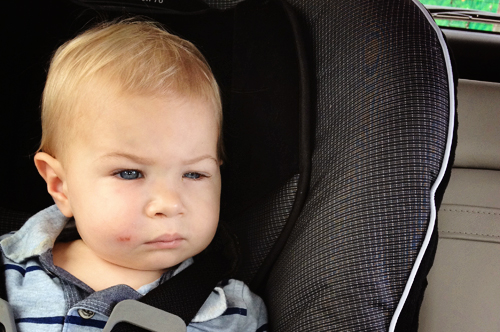 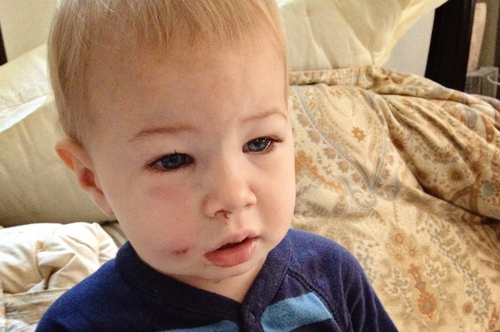