Today was Cailee’s Easter egg hunt at school and I think she was almost as excited about this as she was Connor’s party. My mom set up an egg hunt for her last year at Easter and she remembers it everytime she goes to their house. And if Cailee glimpses the eggs and baskets I have in storage, she wants to break them out and hide them around the house. So she has been eying the shiny eggs we were planning to contribute to the school egg hunt. Today, when I woke her up she said, “I don’t want to watch TV, I just want to get dressed for school.” And if you can’t guess, she typically wants to lounge in her PJs for as long as I will let her (and at minimum insists that everyone else get dressed before she does), so clearly this was wildly out of character.

The parents were all waiting outside for the kids to come out and Cailee was so focused on the hunt that she ran right past us. The only downside of the festivities was that Cailee thought she was only to find her shiny eggs and it took a while to convince her to pick up any egg she found. In fact, I don’t think she got any of “her” eggs and she was pretty distraught at first. Realizing they all had goodies in them (although everyone interpreted “Fill eggs with candy” a little differently, we got pennies, crayons, and beans vs. candy in a good bit of the eggs), she calmed down. You can never predict a three year old’s expectations – it definitely keeps you on your toes. 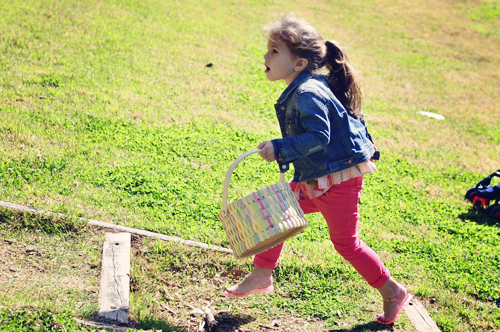 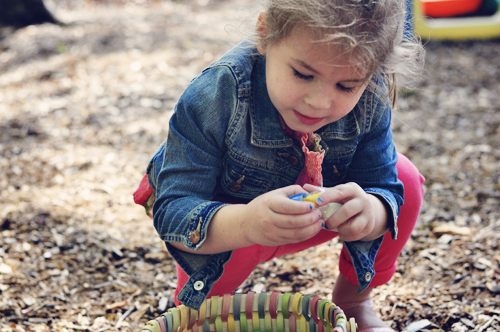 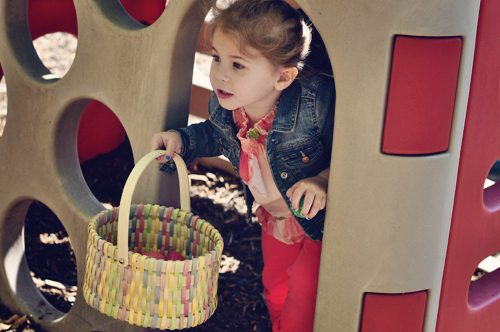 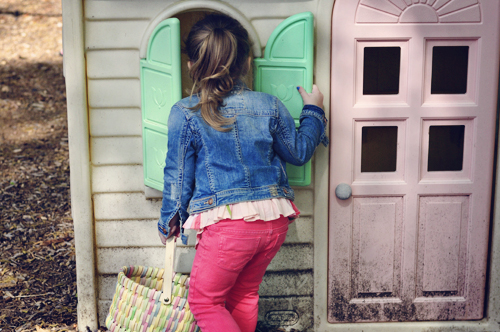 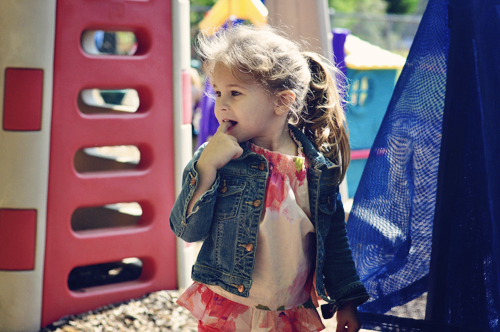 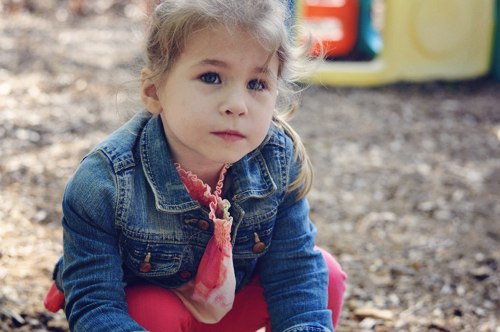 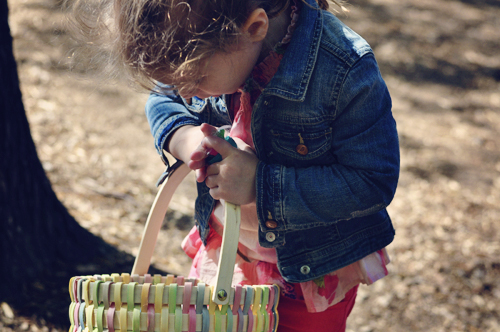 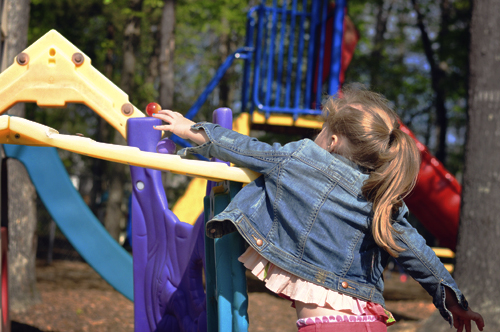 After the egg hunt, we had a “party” and it was my time for special snack. Tracy made cupcakes and suggested I bring fruit, so I did the rainbow skewers that were a hit at Cailee’s party. Of course a few of the other classroom mom’s (not our class) really showed us up, but all in all the kids enjoyed the goodies.

I thought this was cute, the kids said a short prayer before their snack. Here is Cailee and Connor not quite getting the “close your eyes” although Cailee is squinting for sure, but they pose their hands just right. 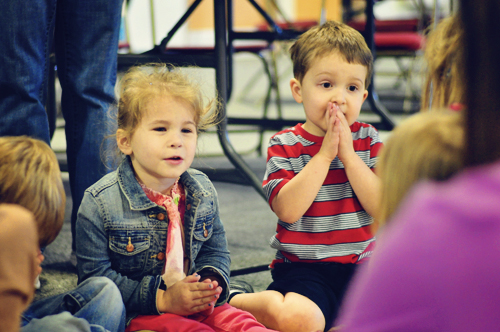 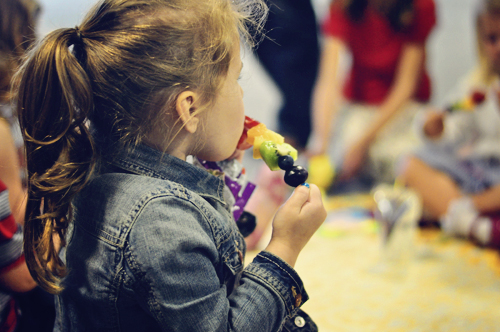 Had to throw in this picture to prove more than my kid ate the fruit (I had my doubts considering they had cupcakes and candy filled eggs to choose from, fruit seemed unlikely) 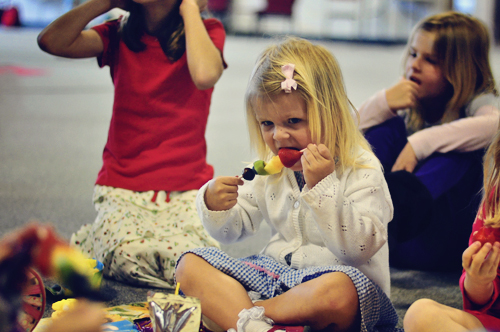 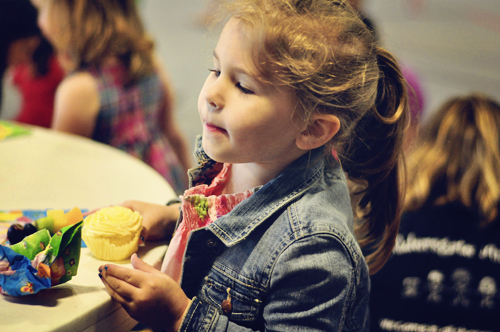 Following the party, it seemed a little odd, but they corralled most of the kids back into the room for a craft. I expect we had to do the egg hunt during “recess” so that threw the schedule off a bit – but a few of the kids just weren’t going to do a craft post sugar high. With some coercion we got Cailee in to do her art and she channeled her energy into making a quite elaborate egg decoration. 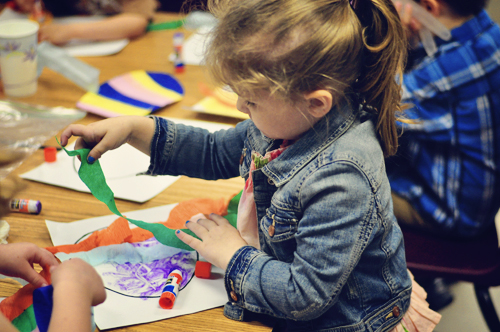 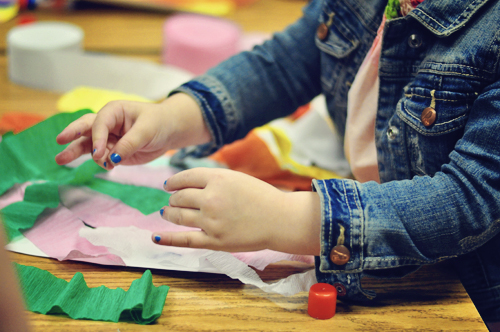 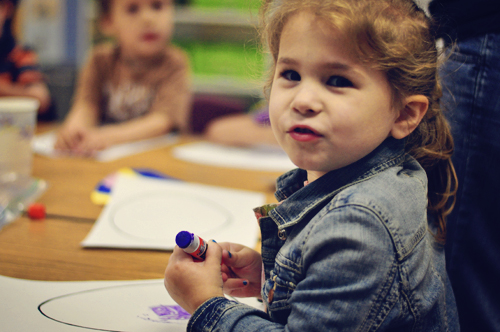 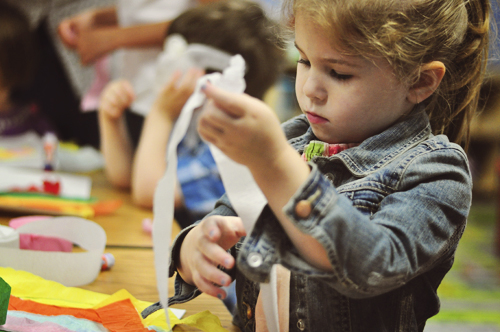 All in all, we had a lot of fun. So much so, that I actually got good naps out of both kiddos (I guess Connor was just tired from watching all the fun).