The festivities wrapped about 5′ oclock – although Connor had been sleeping since around 3. After everyone left and the crumbs were all swept (the decorations will hang around for a bit – I can’t bear to tear then all right down), we went out on the porch for a little R&R and the kids played with the new toys (once daddy had to unscrew them from their boxes, which just seems a little ridiculous – no assembly required but tools are necessary to unassemble them from the box). Cailee doesn’t quite understand that these were Connor’s gifts – but then again – Connor assumes everything in her room is his as well, so I guess its all a wash.

Hmm, did I say R&R? Well that was the idea – until the drums came out and then that idea was shot. Oh and the tulips – that was my first attempt at tulips from the bulb – yes, I bought them just about to pop open and stuck them in a pot. Voila! They were in full bloom just in time for the party. 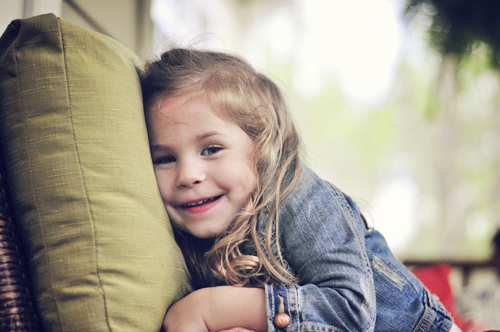 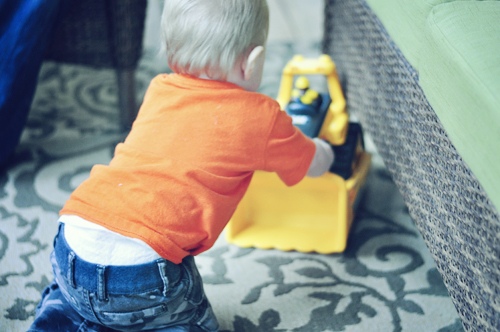 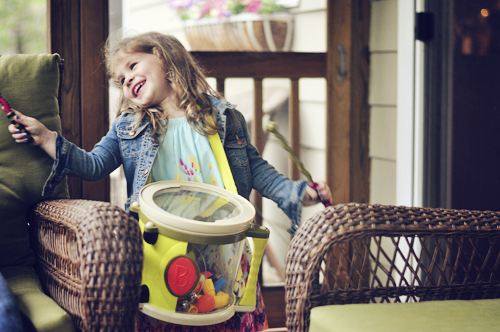 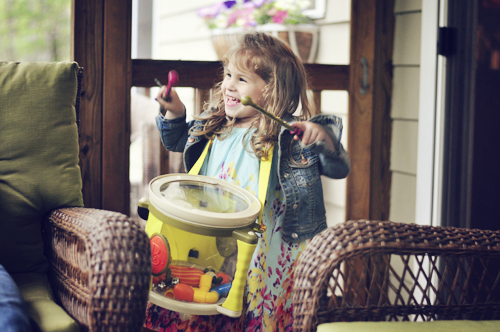 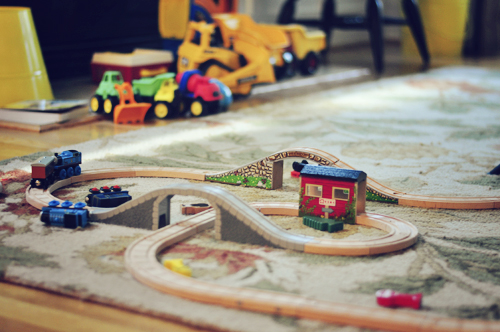 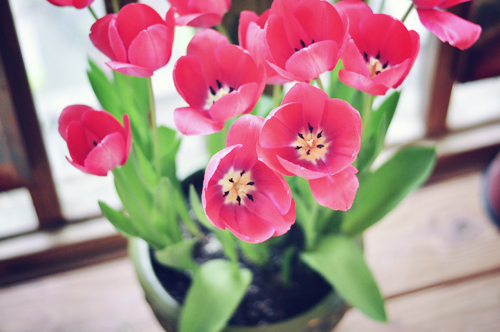