I took an early morning walk on the beach. Here are some of the sights I enjoyed. 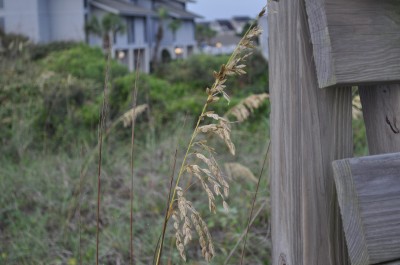 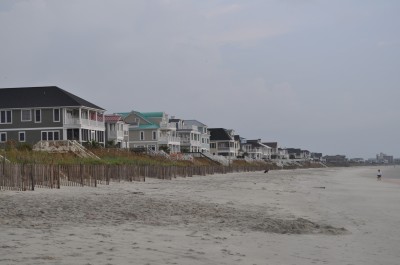 There are some gorgeous houses at the end of this beach. This pictures doesn’t even begin to do it justice. I’ll have to get some pictures from the roadside. They are magnificent.

Today, we took a break from the beach and went to the aquarium at Barefoot Landing which had come highly recommended. Luckily we planned ahead and arrived early. So while there were still plenty of people, it was nothing like the afternoon crowds we spied as we were leaving. Cailee, true to form, enjoyed the things she could crawl on, slide down or the water she could touch (to wash her hands of course), rather than the unique fish, giant shark, and horseshoe crabs in the water. Someday she might appreciate that she is not the only living creature on this earth.

Speaking of sharks though, yesterday, we watched as a guy about 200 yards down the beach caught a 3-4 foot shark. Not very comforting when you realize you are in the same water that he released the shark back into and are probably going out as deep as he was fishing. I’m just praying everyone keeps all their limbs in tact on our final day in the water. (truth be told, we don’t know what type of shark it was, we are hoping it was a sand shark, but it did have teeth).

Barefoot landing also had some kiddie rides. While Isabella was a bit more adventuresome, Cailee’s speed was the Carousel. Even the dunebuggy ride was a bit beyond her comfort level.

Tonight we cooked a delicious surf and turf meal – not too shabby considering we had very limited resources (this rental unit clearly has the left over pots and pans, and no grill). Thank goodness for the butcher at the local piggly wiggly who gave us some good advice.

Its hard to believe there is only one more day at the beach. It had come and gone so quickly. I know Cailee is going to miss the big pool when its time to leave. Time to go enjoy the time that’s left. 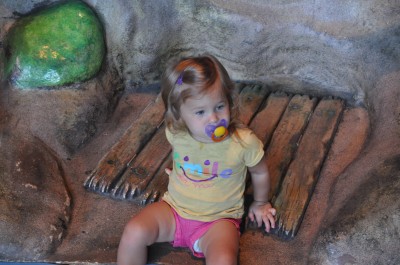 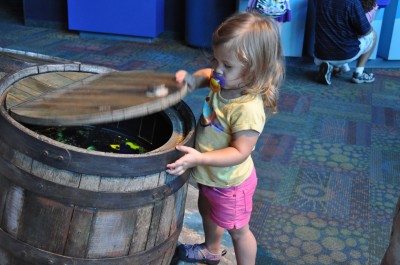 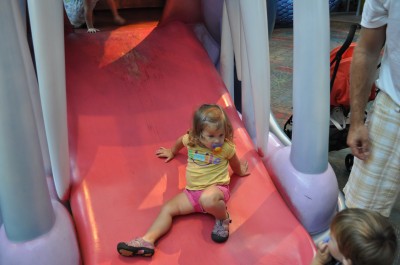 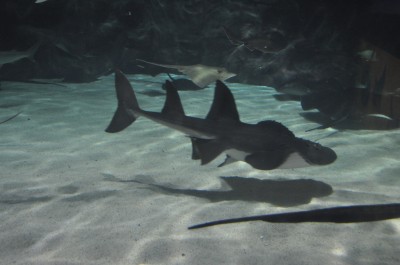 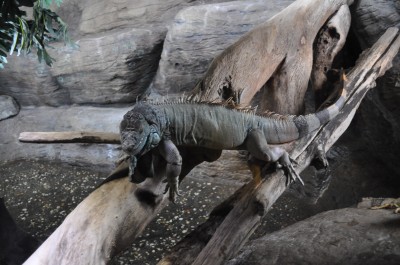 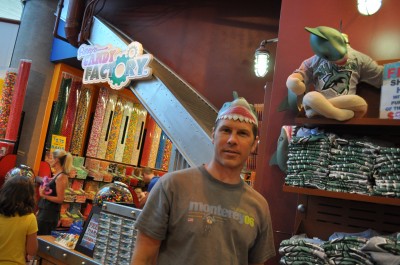 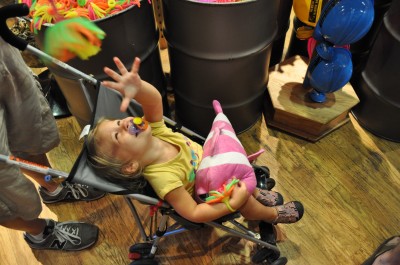 Cailee’s souvenir, a big pink fishy. Smart setup – they make you exit through the gift shop. 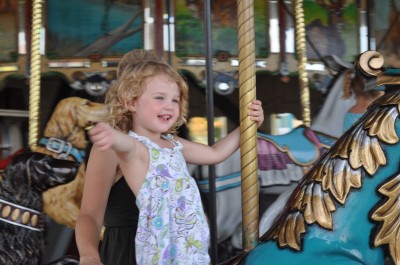 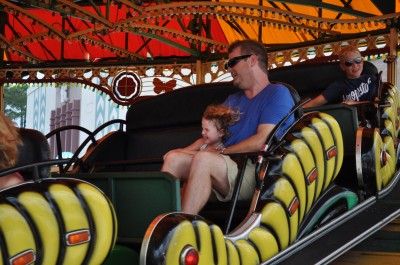 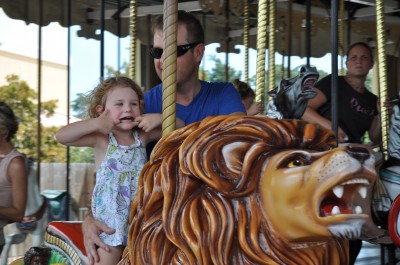 Quite the ham for the camera. 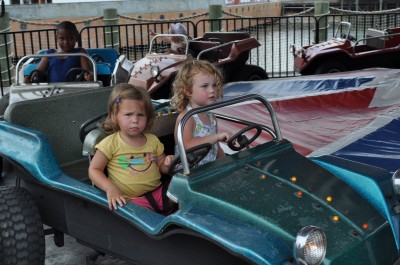 Cailee was not enjoying this ride. 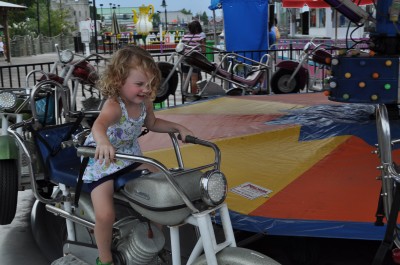 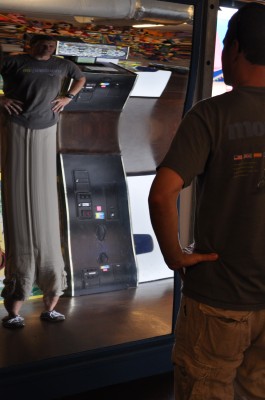 My daddy, what skinny legs you have. 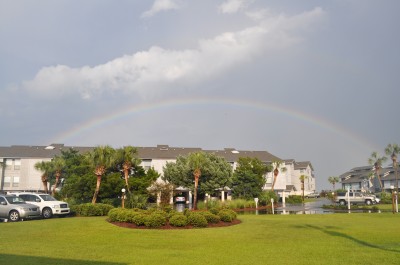 There was a beautiful rainbow over the beach this evening after a thunderstorm. 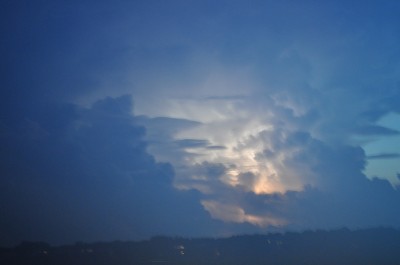 Some heat lightning in the night sky