So little man, as Connor is still affectionately referred to (even though he is not “little” in comparison to other young-ins his age), is also very active and always kicks his blankets off. At night he hands and feet feel so cold so I thought I would try to use the infant sleeper – since he couldn’t kick it off. This was the size for 0-6 months – but doesn’t it seem a bit long? Oh, and he still tried to kick it, just unsuccessfully this time. 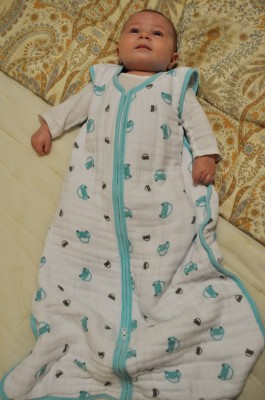 Who can resist this face? So solemn though, I don’t think he liked wearing this bag much.

In other news… we have gotten some pretty wicked thunderstorms here of late (enough so that we have lost our cable, and internet, for a week, thankfully we are limping along with a fuse thingie that we hijacked from JJ’s parents) – and just as we went to cook dinner Sunday night – the rain hit. Still desperate to eat our dinner before too late – JJ, and then Cailee, decided to stand in the rain (Probably not the smartest thing to do in a storm). Yes, Cailee is also wearing a tutu – she has been running around saying “I am a princess, I am a princess” here of late and thought she needed the tutu to play the part (little does she know, she’s always our princess, dressed up or not). 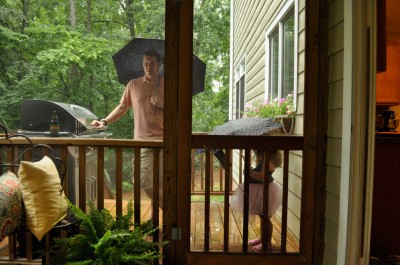 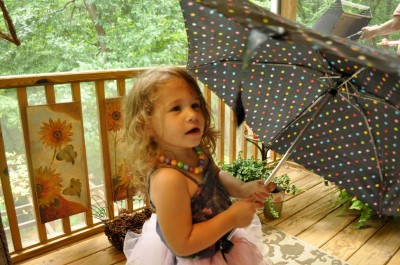