Connor is really on the move these days. At around 7 months, 2-3 weeks, he finally figured out how to crawl. He’d been rocking for a long time, but now that he’s gotten it all figured out – he is on the go. And what’s worse, we got him wheels for Christmas. Either way, he likes to be where the action is and he’s always off to find it.

In the morning, its super sweet, if he gets up before his sister, he treks off to wait for her, coo a bit outside her door. Sometimes it works, mostly she sleeps right through it all, so then he circles the landing a bit. This morning he was sans clothes for a while, he is a bear to dress, change diaper, etc. Basically anything that requires him to lay still on his back – you can count out without assistance or a straight jacket (sadly, I don’t have one of these). 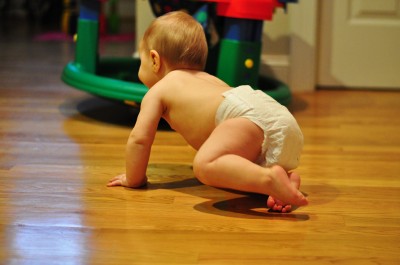 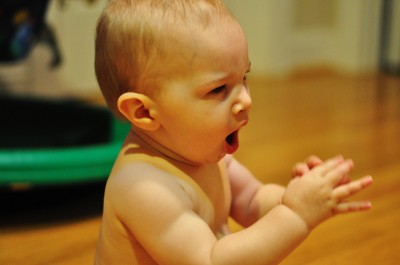 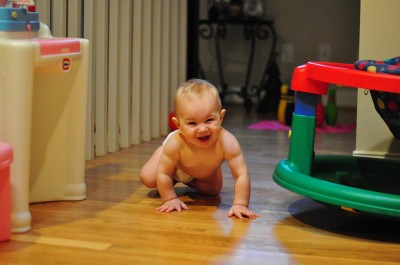 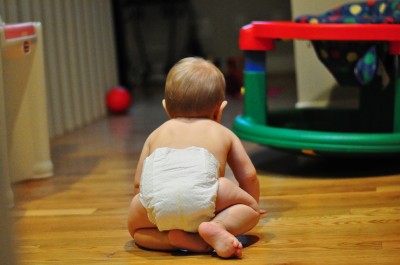 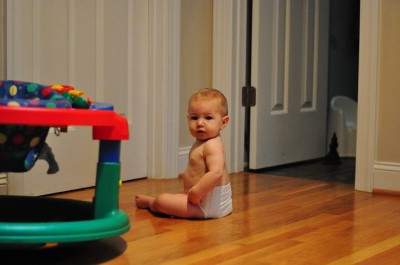 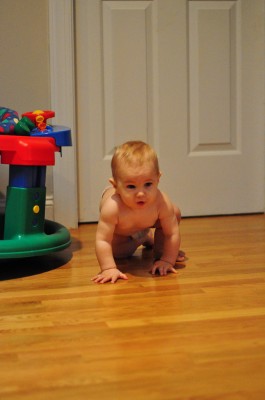 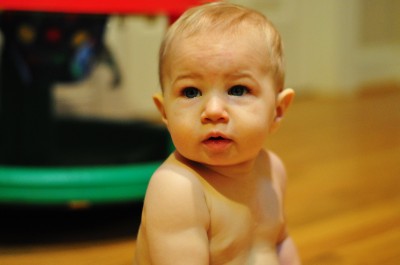 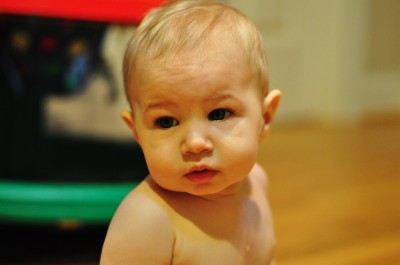 Last night, he was dressed (miraculously), bath time was over and we were playing in his room. He heard Cailee thrashing around in the tub (notice a pattern here, he loves to be where Cailee is or maybe it was an effort to get away from mom’s camera) so he took off. You’ll notice, he’s also pulling himself up on anything that is his height – no matter if it can hold him or not – which he/we quickly finds out what will and what won’t as it all comes crashing down. I’m long overdue for doing the real baby proofing – removing anything from my knee down. 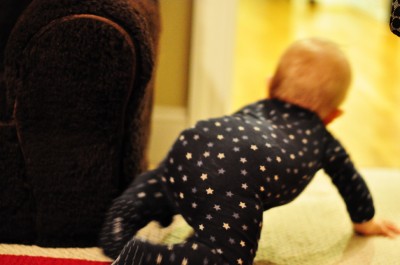 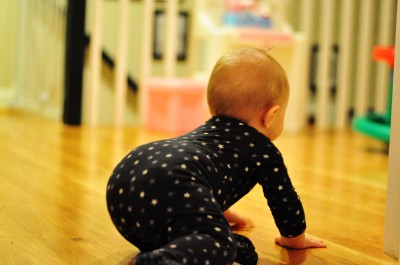 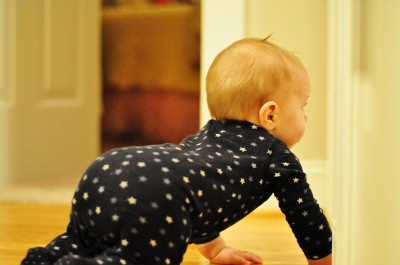 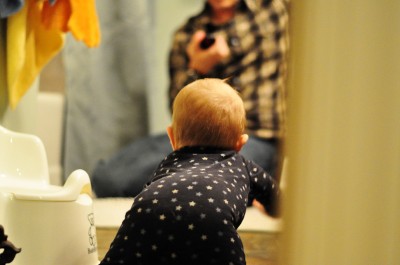 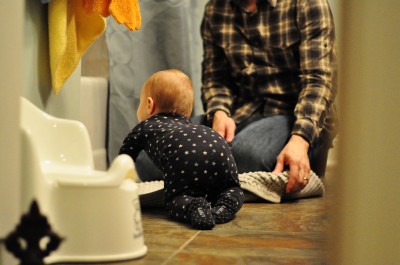 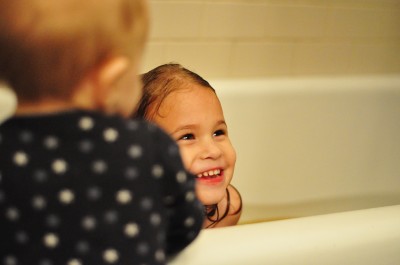 And now for the final act in this series. You might have already seen it, if you pay attention to youtube or facebook, in case you didn’t – this is Connor’s first official on board camera, I am sure there are many to come. JJ hooked up his GoPro to Connor’s new ride and off they went. Of course, the video would not be complete if JJ didn’t hook it up to some pimping music – I wish to say, on the record, I played no part in the selection of the music. I did take a few behind the scenes or “the making of” photos – which of course you can see in the video as well. I like the wide angle by the way, it makes me look super tall and skinny in a funny mirror kind of way. It doesn’t seem to have the same effect on my very large orange cat. 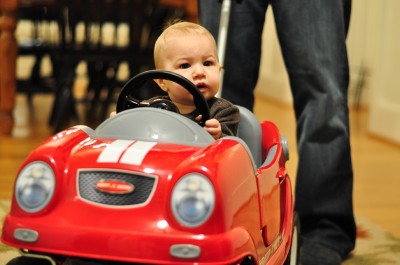 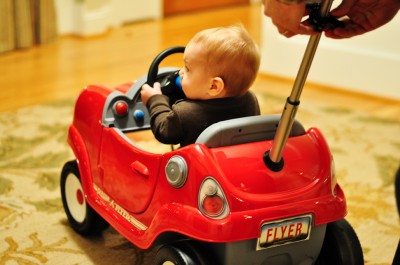 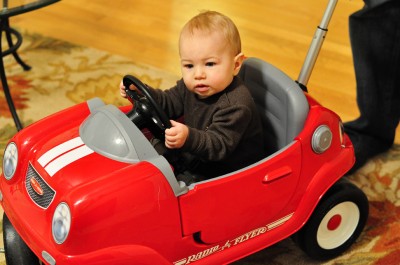 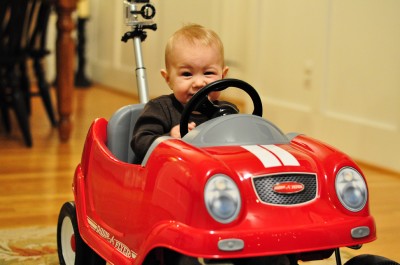 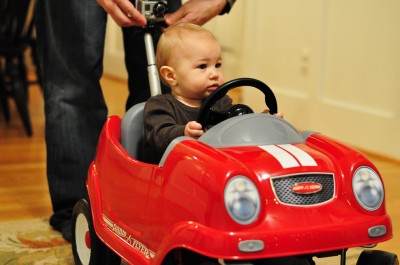