Gone fishing… “I caught a worm”

We pumped Cailee up quite a bit for her first fishing tourney (held at Ridgecrest Baptist), so she was quite excited, even tolerated us getting her up at the crack of dawn (well, early for her) to go register. She was put in the third group of the day and had to wait a bit til it was her turn to fish. And while they waited, Cailee spotted a purple fishing pole she wanted – badly. So much so that the keeper of the poles had to put it aside from the others in order to halfway appease Cailee.

When her turn was up – she joined about 50 other kids at the pond. Initially she assumed the end of the pole went into the water (at least that is what she sees on TV), but finally they got a system down. JJ would put on the worm, and cast the line, Cailee would immediately reel it back in. Just holding the line in the water was not nearly exciting enough to keep Cailee’s attention, although this method was not exactly how you catch a fish. Nonetheless, it worked for her and she was having fun. At one point she said – “I caught a worm” – so at least she thought she was doing something right.

Eventually her attention waned and she was distracted by her buddy Turner who had brought some fish with him in a cooler (mostly minnows and goldfish). She had a lot of fun using the small net to fish them out of the cooler and dump them back in. So I suppose she did “catch” some fish after all. 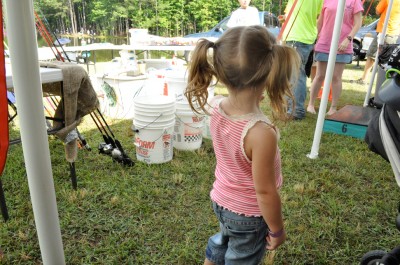 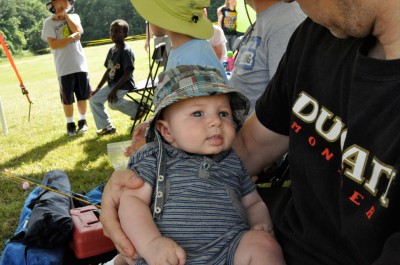 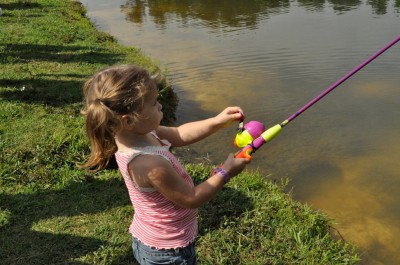 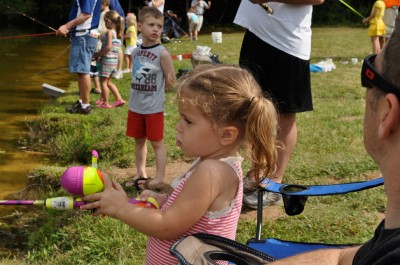 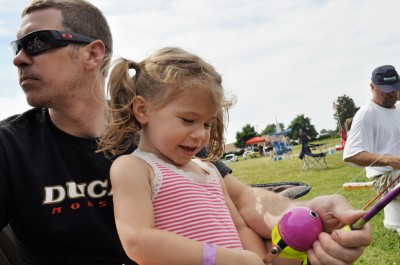