In honor of Memorial day, I found a North Raleigh neighborhood that holds a parade – this was the 19th annual Summerfield North Memorial day parade. Most of the neighborhood was participating in the parade so we were just a few of only a handful of spectators, but that meant we got a prime spot on the sideway and Cailee racked in big with a lot of candy from the kids in the parade. And while it took more time to get there then the parade lasted, we did get to meet Wool E Bull, Mr. Wuf and hear the Sanderson high school band, so it was a fun day to kick off the holiday. Later on we spent a lot of time in the pool (still a kiddie pool, but a new, bigger one then our baby pool) and finished off the day by watching The Incredibles (I think I enjoyed it most of all, well at least the resting in front of the tv part). 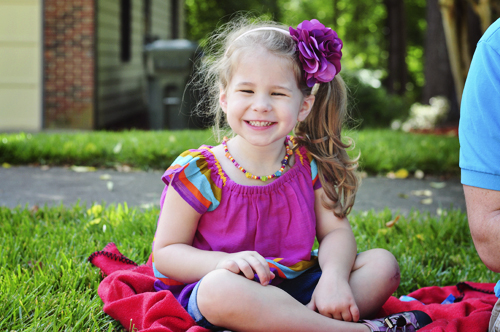 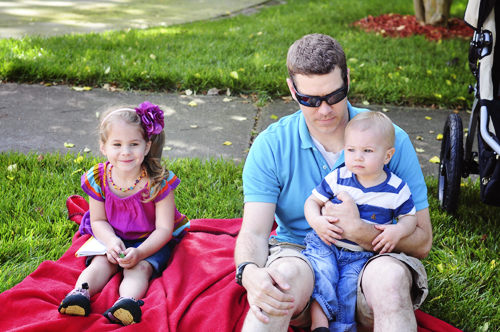 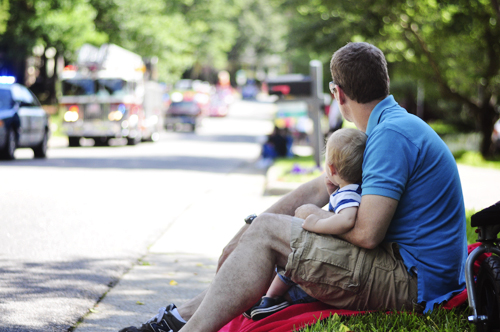 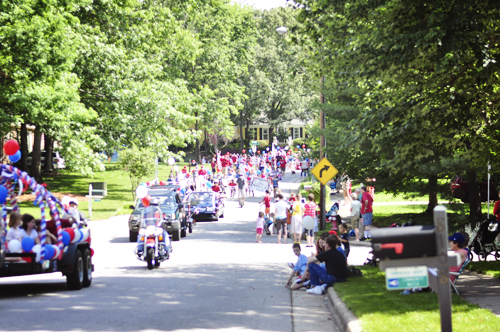 Keeping cool, Cailee splits her time between the kiddie pool and the crazy sprinkler.

Funny Cailee moment…
Cailee has been counting her monies lately. She likes to dump everything (which doesn’t amount to much more than $1) out of her piggy bank and then line it up. We heard her referring to the coins by size (small one=dime, big one=quarter, etc). So we decided to give her the 1,2,3 lesson, “the small one is a dime, the bigger one is a quarter” and later I heard her calling them – diamond (dime), colder (quarter). It was a pretty cute moment.