This week Cailee was in camp every morning so it gave me just a few hours alone with my little man. On Wednesday, I got the rare opportunity to take a day off and spend some real quality time with Connor. No babysitters, no conference calls, no big sisters. Just me and my little guy. Connor actually makes me feel like I must have done something right in my life, to have been blessed with such a little sweetheart.

While both of my kiddos are charmers, Cailee is usually so busy that if you are sitting still she’s likely to run you over. Connor, on the other hand, will come and sit in your lap, rest his head on your shoulder, give you a hug and he’s even started giving kisses (wet, sloppy ones). He’s slow to anger and just rolls with the punches.

Don’t get me wrong, he’s got an adventurous side and he’s definitely all boy, he loves to climb the bed and jump around (and scare me to death), he is starting to run, although his enthusiasm is often greater than his legs can carry him (and he’ll end up diving at whatever he’s after), he’s a singer and a dancer (its hilarious) and he’s still in that stage where he puts everything in his mouth (yes, that’s an acorn he’s trying to eat in the pix). His personality, while so different from Cailee’s, is really something else. I can’t help but feel so luck to be his mommy! 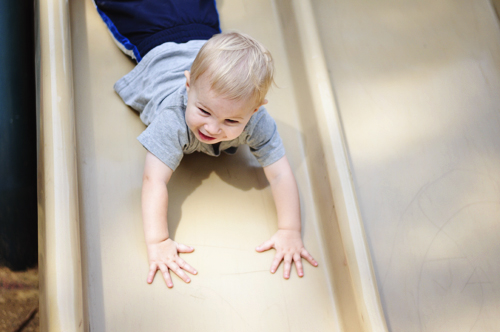 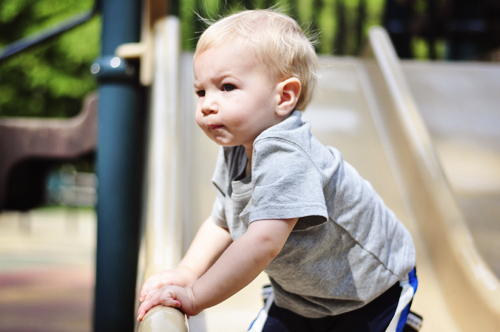 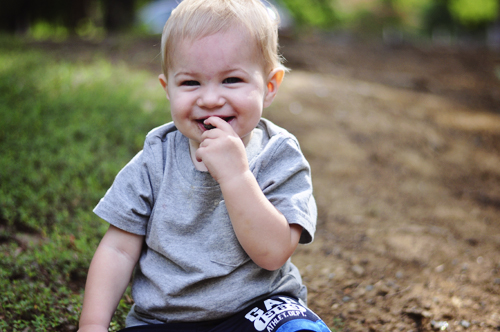 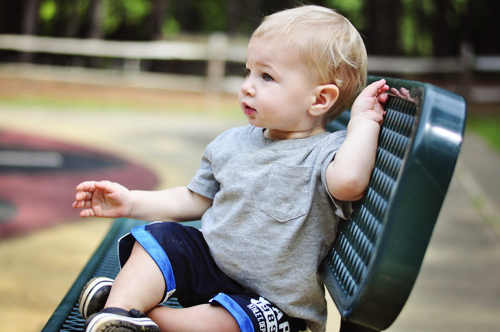 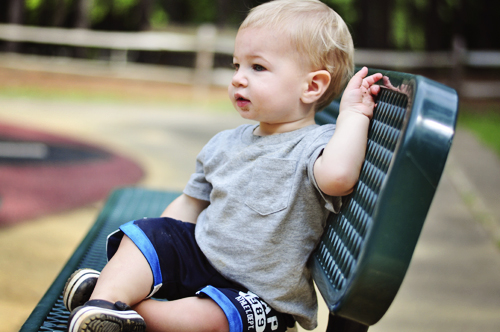 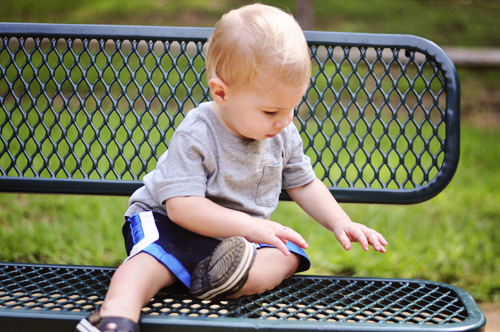