On Saturday, we kicked off the weekend with gymboree and followed it up with a mountain bike race – held in a neighborhood of all places. I was coaxed into coming because 1. Its beautiful outside 2. I had nothing better to do and I enjoy spending time with my family 3. The race happened to be in a neighborhood I absolutely adore, and oh yeah – the parade of homes is going on right now. So let’s see – it was a win-win-win for everyone. JJ got his mountain biking fix, I got to tour some pretty new homes and Cailee found a swell playground to play in while the bikes whizzed by. 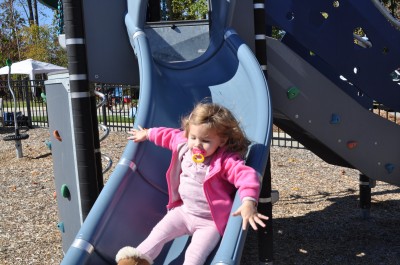 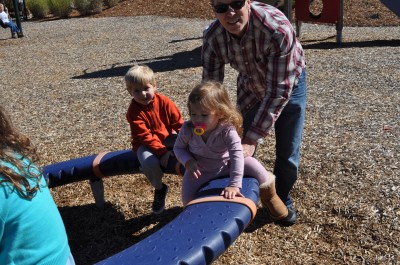 Cailee was somewhat obsessed with this ride. I guess its because that’s where all the other kids were congregated. However, she was having a very hard time holding on – so that meant that we had to run around and around beside her just to make sure she didn’t spin right off. 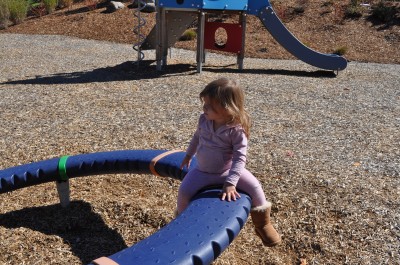 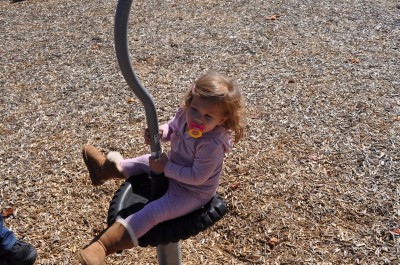 So we thought – since she was into spinning, she might enjoy this ride. She did but we didn’t realize how dizzy she got. When it stopped she fell straight off backwards into the dirt. It was one of those moments, that she didn’t find a least bit funny so JJ and I had to muffle our laughter.