Our week in review

While things are cranking up on the work front, there was no slowing down in our household either. Most notable, Connor had his nine month doctor’s appointment. He took it like a champ (as always) and all stats indicate he is doing just fine. He dipped a little in his weight (from 55th to 25th) so we need to keep an eye on that – but I can vouch for the fact that he is eating just fine. And he’s still rocking the charts in height (75th percentile). The doctor anticipates its because he is on the go (ah yes!) and eating more solid foods – a lot of transitions for the little (long) guy.

Cailee passed her eye exam – it took a little prodding – but she was able to identify all the shapes to get a passing score. They asked her to take another test – I can’t recall the official name. Remember when, as a kid you looked at those posters that were just a bunch of dots, but if you stared long enough you could make out a 3d image? Well that’s what it was – except it was a 5×7 card, in black and white and the nurse said “Tell me what you see” – uh right – Cailee just kinda staired at the card – like what do you want me to say – she truly did not understand the test at all – nor would I have expected her to. Oh well, better luck next time (or in 5 years).

There were some classic moments this week.
My favorite Cailee-ism….
“Mommy, there is a lot of cough in there” – pointing to her throat (the kiddos were on the tail end of their nth cold this year, I’ve lost count)

We also spent a lot of time this week avoiding “cracks” – she learned the saying (God only knows where) “Don’t step on a crack, you’ll break your momma’s back”. Well, at least she is looking out for me.

I have also been learning that Cailee is a lot smarter then I give her credit for. She doesn’t miss a beat – which means I had better step up my game. True story – this week we found some ladybug girl books at the store (more on this later), I told Cailee I would get her one, but bought two, planning to keep the second for a rainy day. I got in the car and handed her the one she had been promised, but she caught sight of the second book through the bag (I was not very sly apparently). So this was the conversation.
Cailee: What’s that mommy?
Mom: Uh nothing (quickly hiding bag)
A few seconds pass
Cailee: Mommy, can I hold your bag for you?

Darnit – she got me!

Check out some of our sweet moments from the week (Check out Cailee’s chapped lips (boo!). It looks like she was left alone with a tube of lipstick.) 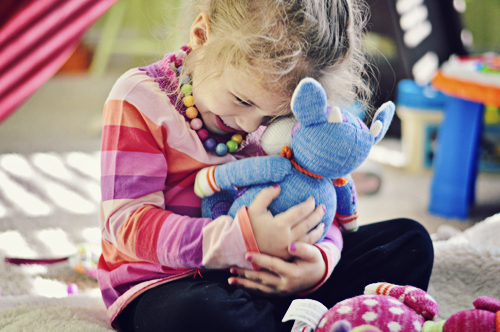 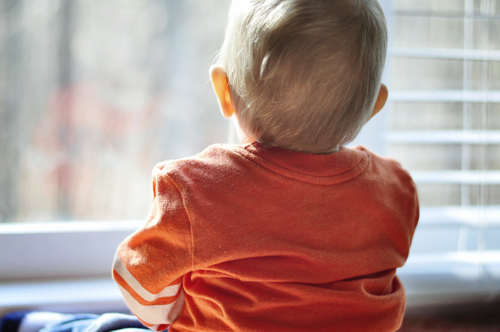 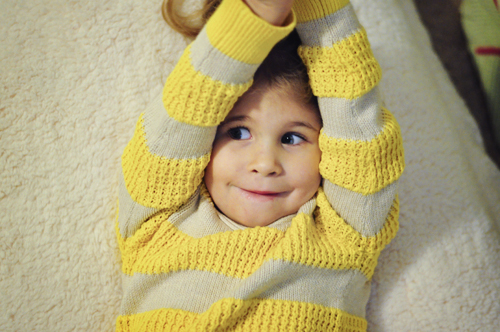 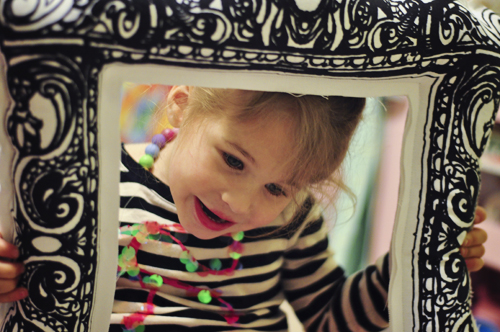 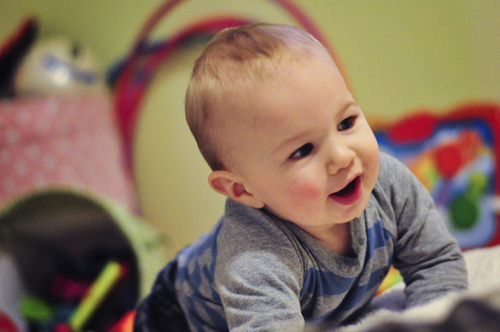 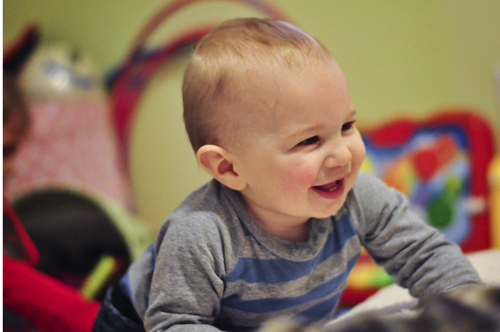 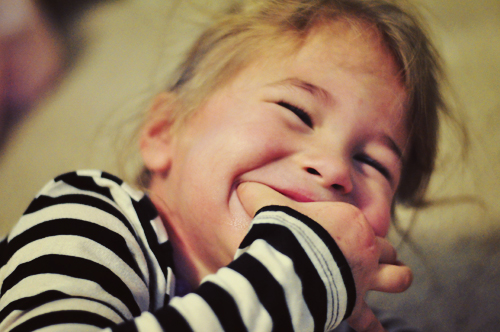 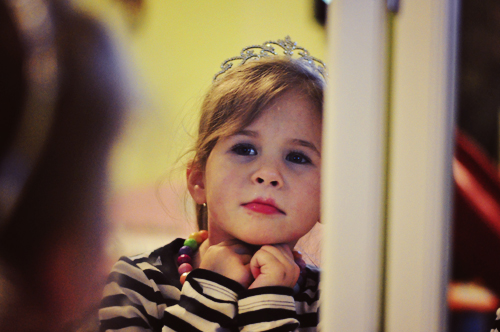 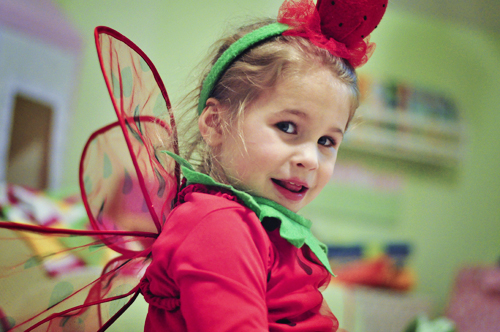 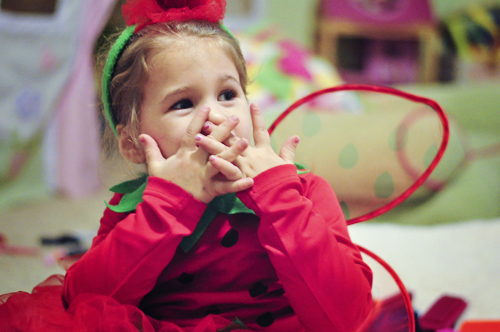 So, yes, that is Cailee in her halloween costume again. It was a constant this week. Little did I know that when we picked out the cheapest, quality (if that makes sense) costume from Pottery Barn Kids, advertised as a strawberry fairy, that Cailee would fall in love with the story book character, Ladybug girl. And that this costume would turn out to be a deadringer for Ladybug girl. 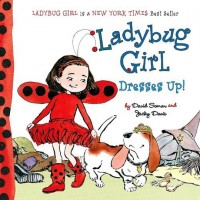