This past weekend JJ flew to Cincinnati to pick up a new car (and then drive it back). So the kids and I woke up early and took him to the airport. Afterwards, we went to the observation deck to try and see him take off. Of course I have no idea which plane was his (although Cailee did – she said Bye Daddy to the first plane we saw), but it must have been a good time because we saw a lot of planes take off and land. It was overcast so the planes just seemed to appear out of no where on landing and disappear into the clouds not far after taking off but I think the kids had fun watching the planes up close. Later in the day, we were outside and Cailee heard a plane overhead and said – “That’s daddy.” 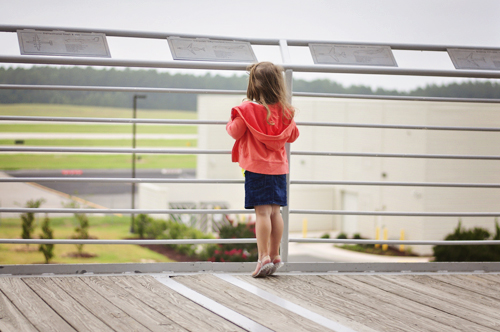 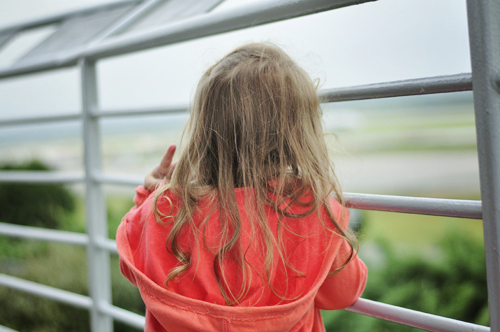 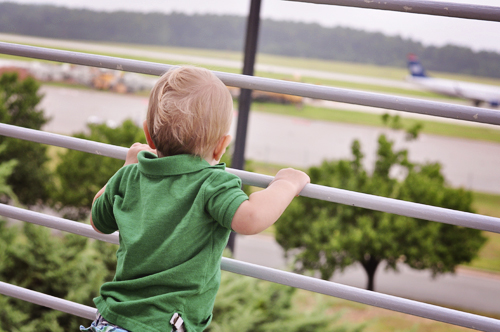 This photo deserves a caption. Connor was inching into this seat because some other observation deck patrons had left their Bojangles out on the bench and he was heading in for the kill. So don’t think this is all innocent. 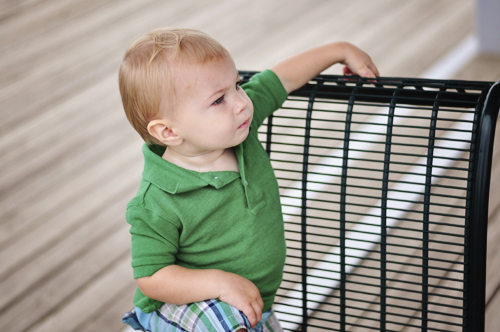 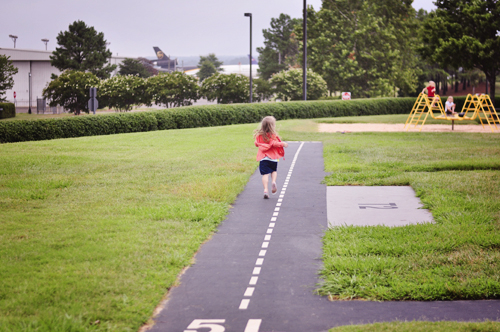 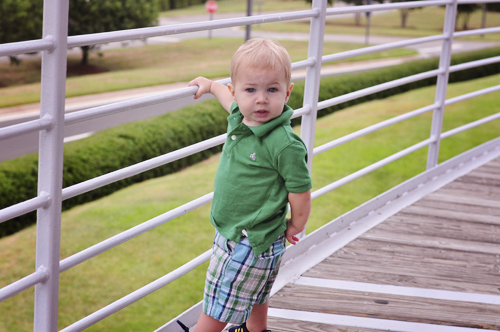 If I haven’t mentioned this by now, Connor likes to hang upside down. He likes when you flip him backwards and will actually climb into your lap or arms just to get you to do that. So we were in the playground and one of the much older girls climbed this jungle gym and flipped upside down. I didn’t really think anything of it until Connor started climbing and got three steps up and started to arch his back – I think he thought he could do it too! 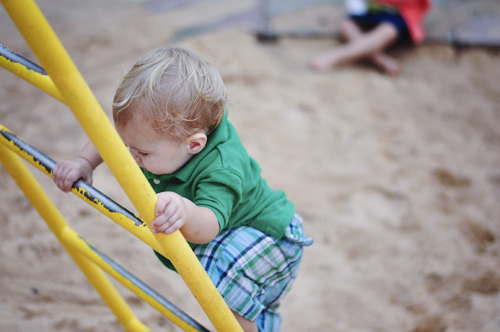 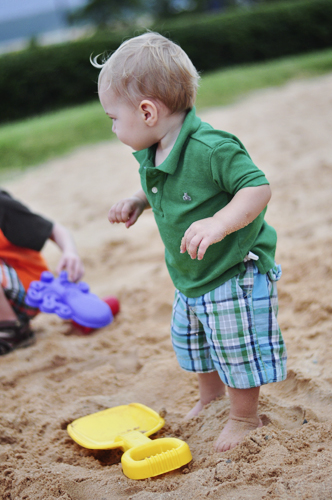