The anticipation of the party was just killing Cailee. For weeks the countdown has been on, so you can only imagine what the days/hours leading up to the party were like. It was all she could talk about, think about – and it was driving her punch crazy.

(On a related note: We were even crazy enough to think she would actually play at her soccer game the morning of – apparently (I was knee deep in balloons and streamers), as I was told, she ran of the field several times talking of her party and needing to get to her party.)

Anyhow, on Friday as we were waiting for Aunt Beth to arrive, outside, Connor became enamored with the truck (JJ’s parents’) I had used earlier in the day to pick up my tables/chairs for the upcoming festivities. So looking for anything that would pacify my antsy kids – I plopped them in the bed of the truck (stationary, of course) and this actually amused them for quite some time. Who knew? That’s definitely one thing I love about this age – pretty much anything will entertain them (not for long generally), but the fact that they see the good and fun in nothing more than a truck bed is a great thing. 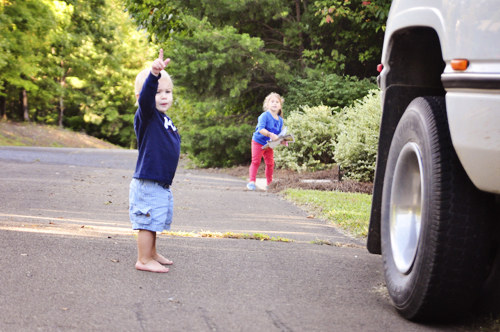 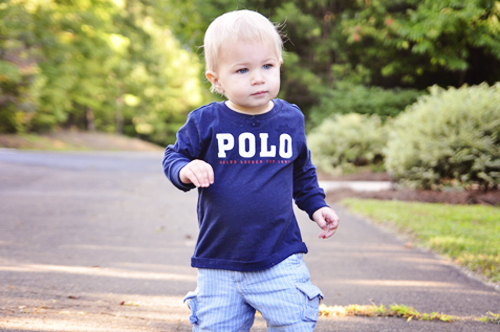 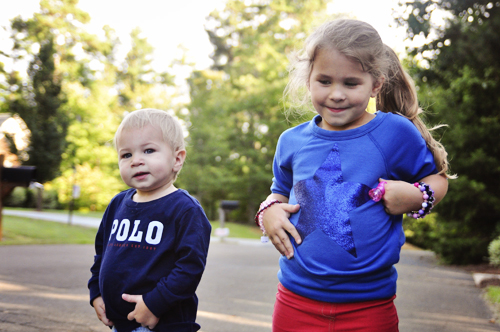 It appears the kids might be having a “whose belly is bigger?” contest in this photo (Don’t ask me, I’m just the photographer) 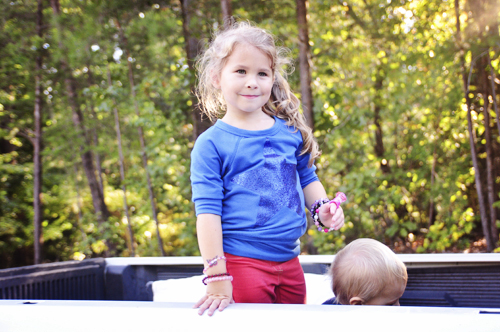 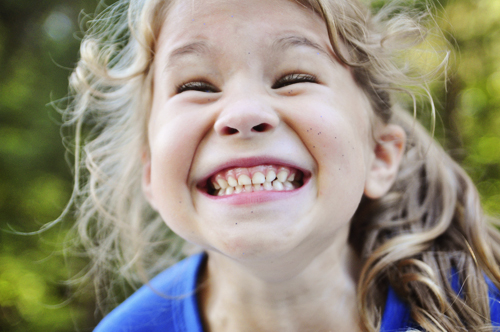 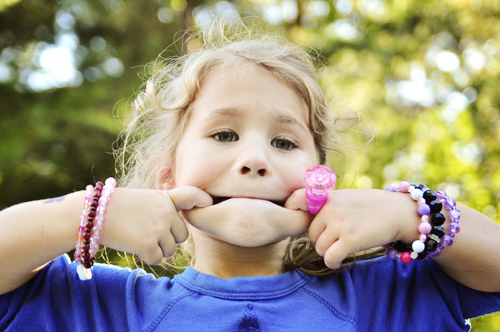 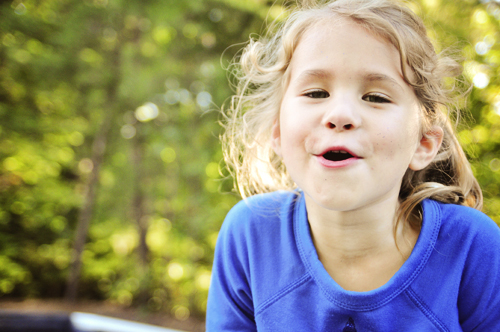 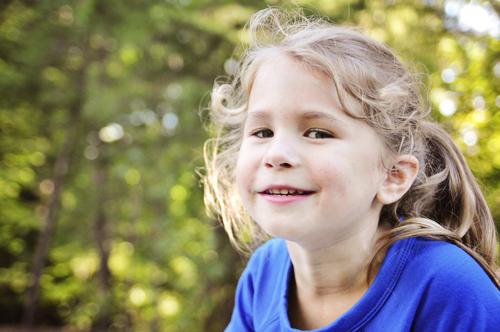 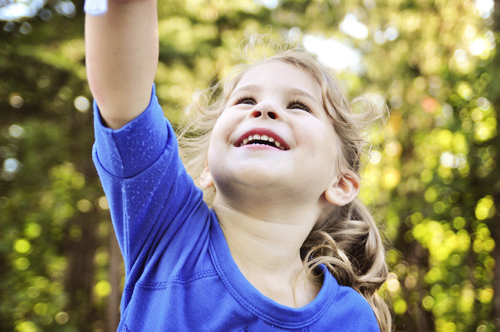 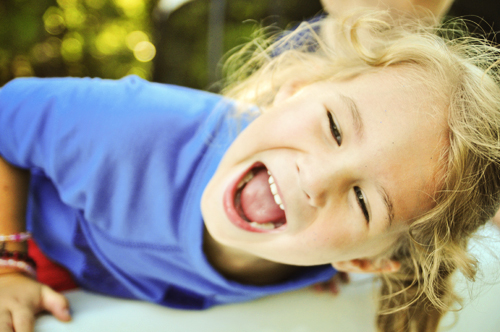 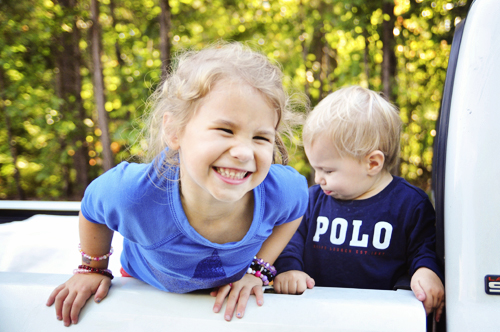 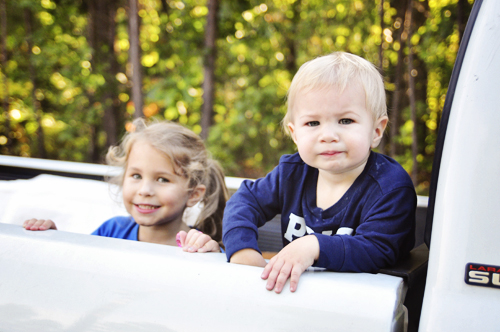 Oh and to the truck story – someone should have warned me that the truck just cuts off periodicaly for no apparent reason. I drove it timidly to the rental place, looked at the guy quizzically when he told me to back it up a very skinny ramp and got half way and it just died. I just kinda threw my hands up and cursed under my breath, I am sure, already thinking ahead to how I would have to get JJ’s dad to meet me in timbuktu on his day off. He told me to put it in neutral so I didn’t tie up his trucks – it was strategically stuck right in front of all their bays. I did and called JJ in a panic – to which he calmly told me “Oh it does that” – just turn it back on. AHHHHH! Oh well, we (my chairs, tables, the truck and I) made it home in one piece – thankfully!