Let’s see, where should I begin… I guess at the beginning of the week.

I’ve wanted to get Cailee back into a structured activity, ever since she aged out of Gymboree, but our attempts at dance fell flat when she refused to go into the dance room by herself and participate. Plus, I really felt that she needed something would keep her attention and interest, yet sadly, just prancing to music wasn’t doing it (I do hope that someday she will want to dance so I am not ready to give up on that entirely). I decided to check out the Little Gym. And it turns out it might be a good compromise. It incorporates a little of the music and silliness of Gymboree (her class is called “Funny bugs”), plus, a little of the structure of a gymnastics program. The parents are hands off, (unlike Gymboree) but we get to watch the fun through a glass wall – which also allows Cailee to see us (and constantly look over for affirmation), so its a good next step. Cailee still likes to do her own thing on the apparatus, but its great to see her trying out the uneven bars, balance beam and vault (like) equipment (springboard).

As to Connor, three weeks back, I was a little freaked out. As a newborn he was a great night sleeper. At two months he was sleeping through the night. But somewhere in between colds and teething, we both got a little slack about routines. I realized that we were in trouble when he started waking up four times a night. Not a problem, I can handle a little tough love. They say, let him cry, and I would, for an hour. And then I would cave. So that approach didn’t work. Lucky for me, as soon as the pattern started, it stopped. One day he was back to waking up 2 times a night and soon enough he’s gone to just once. And I would expect that will be short-lived. He’s always gone to sleep easily (in his own bed) around 8 (same as Cailee), gets up around 4 (for no more than 10 minutes) and then sleeps til around 9. I really can’t complain, plus he still takes 2 naps. Cailee was on a similar routine until she started walking and then she wore herself out enough that she started sleeping straight through. My fingers are crossed Connor will follow suit.

It took him quite a while to go from rocking to coordinating his movements enough to crawl, and it seems he is going through the same process when it comes to walking. Pulling up and even climbing is no problem – but walking forward seemed slow coming (compared to Cailee). And I am just as glad. I rushed Cailee through ever stage because I was anxious to get to the next. I am trying to savor my little man for as long as I can. I know that he will be a big boy before I know it. I did notice today though that he’s starting to cruise a bit, he inched his way down the bench to get to my computer. (Cailee took her first unassisted steps to get to my laptop). He was pretty excited when he got to me. 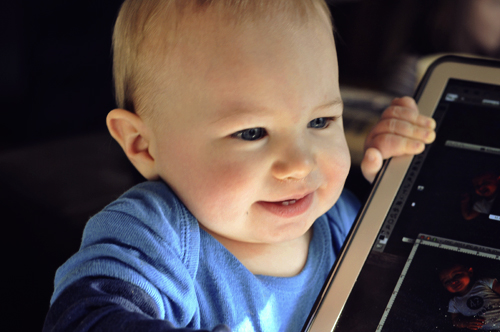 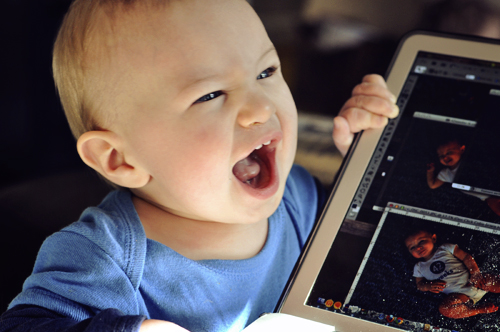 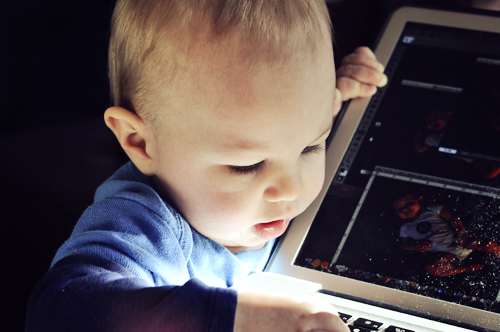 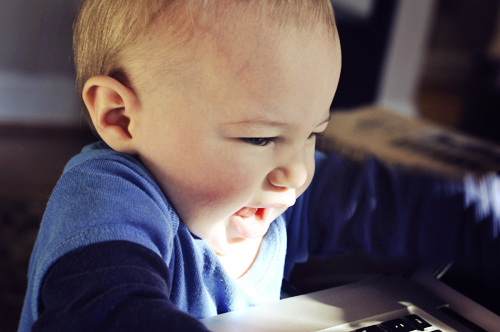 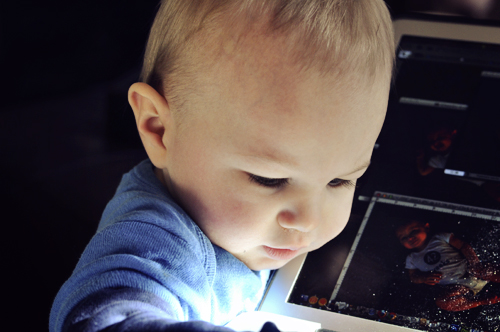 This week I started to panic. I realized I am only 9-10 weeks away from the most monumental birthday in Connor’s life and I have done little to no planning. For each of Cailee’s birthdays I have started 4-5 months in advance. So I am way behind. I know this much, its going to be circus themed and I have collected my inspiration (of which I have a lot) on a Pinterest board. Now I just need to start doing some work. 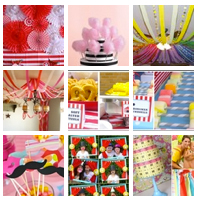