As demonstrated last week/weekend, Cailee is a big fan of the water, and even though I put Connor in his bathing trunks and repeatedly put him in the kiddie pool – he would crawl right out and head for the swingset. Today, we packed up the kids, put Cailee in her swimsuit, Connor in his play clothes and headed to the park/sprayground. I hadn’t been to this particular park before but had heard good things, so I was anxious to see if it was worth all the hype.

I expected Cailee to spend the entire time in the water and Connor to climb the equipment. Boy, was I surprised. Cailee did dance around the water a bit, trying to collect water, but her goal was to build a tower in the sand and the water was just a means to the end. On the other hand, we could hardly keep Connor out of the water, and decided to stop trying. Of course Connor was not dressed in swim gear and Cailee was. (Ironically, I did think to grab Connor’s suit, but it wasn’t until after he was soaked that I would have had a chance to change him so we opted to put him in that dry on the way home). Connor was the youngest kiddo toddling around the sprayground, but he held his own and the kids were great at picking him up when he stumbled. He LOVED it. He would hoot and holler (he’s really in that stage right now) when he got excited and he had a lot of adult cheerleaders from the sideline. Seeing him so excited about the water makes me anxious for our beach trip later this summer. I think he’s gonna have a blast if today was any indication. Cailee spent most of the time in the playground or sandpit (which also bodes well for the beach) and even made a friend.

We topped off the afternoon with snocones (and that made my day). 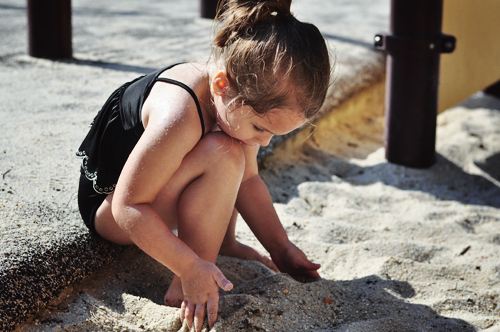 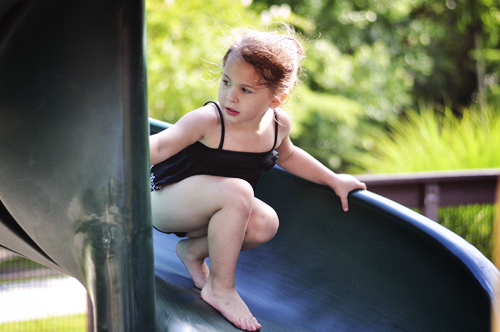 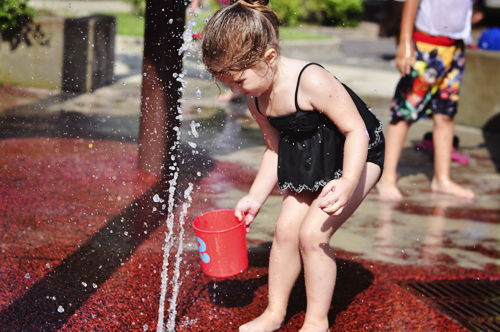 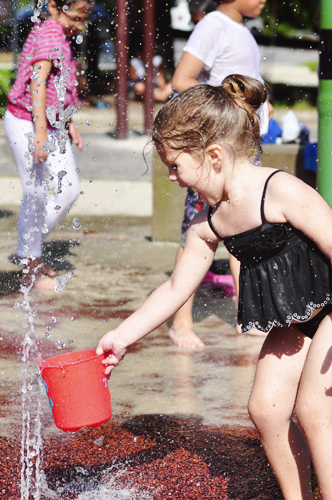 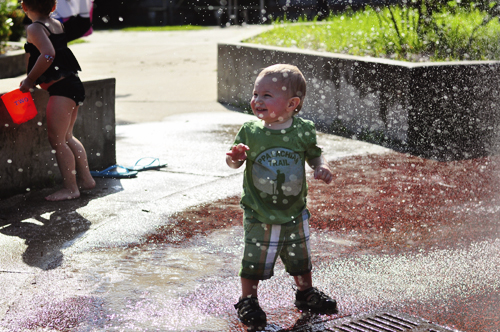 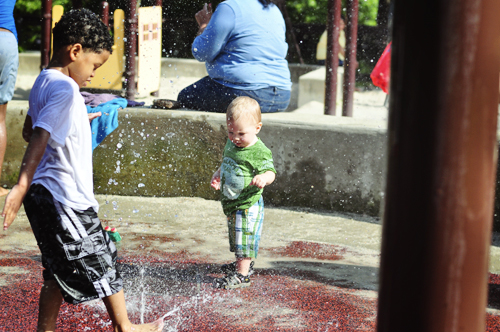 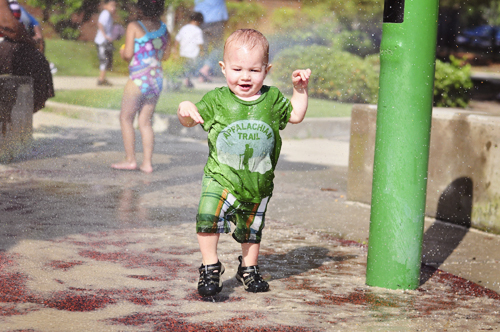 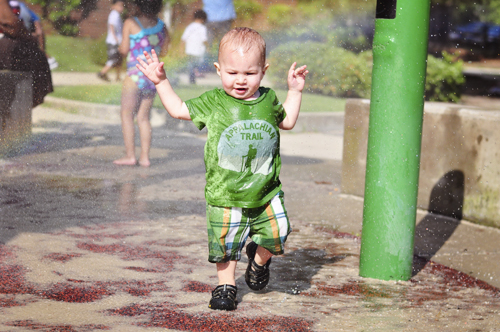 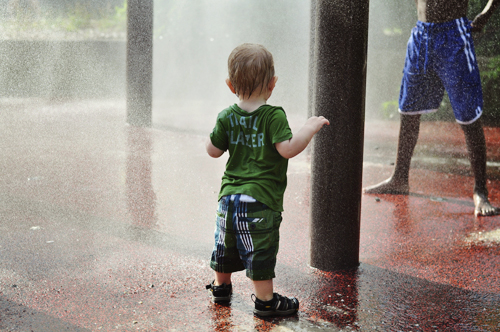 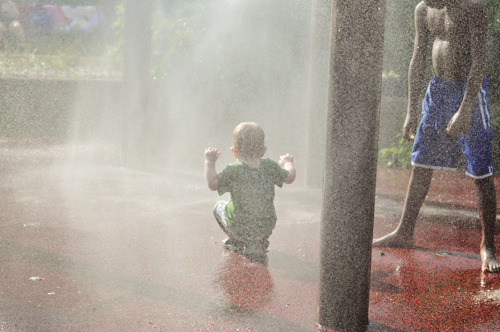 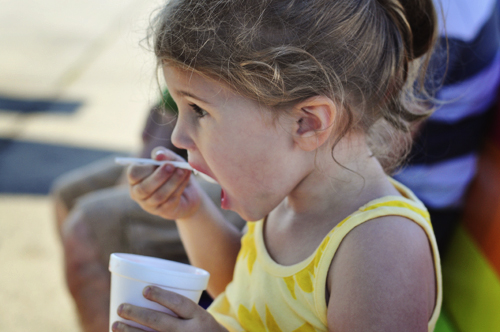 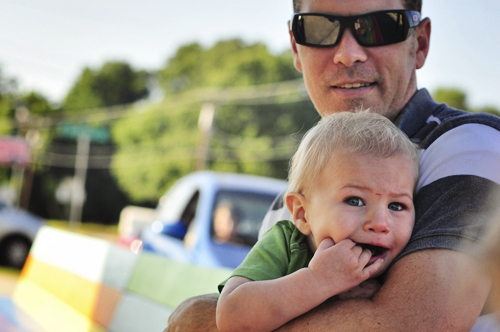 PS. I do not know what this face was for at all. Thank goodness Connor has finally cut his four 1 year old molars – even though it looks like he is still favoring them by gnawing on his hand – either that or he is looking for more snocone.