While this title might seem generic and mundane, its really far from that. We typically can’t go to soccer practice, unfortunately, it conflicts with Wednesday night AWANA, but this past week since there was no AWANAS due to Spring Break, we were able to make a “once in a season” appearance at soccer practice. It was a little crazy trying to manage Connor, who desperately wants to join in on the fun; while cheering for Cailee, to keep her focused.

If I turned from Connor he either ran onto the field or wrapped himself up in a soccer net (generally, one in play). But if I didn’t pay attention to all the great legwork Cailee was doing, she got upset and ran over to remind me to watch. No winning there.

We can certainly see improvements from last season to this year – Cailee has much more confidence in her game, but true to Cailee form – she still loses focus if anything more interesting (such as a flower in the field, juice in her bottle, a little brother on the sideline) beckons. But, that after all, is what makes Cailee, “Cailee.” 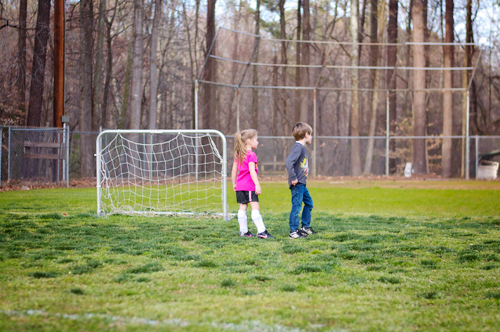 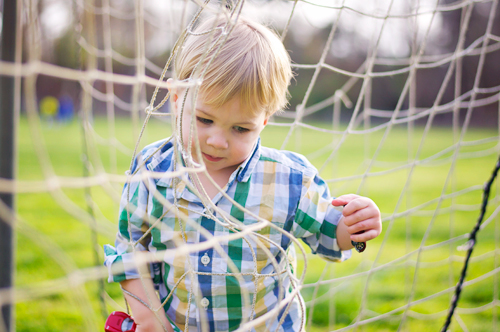 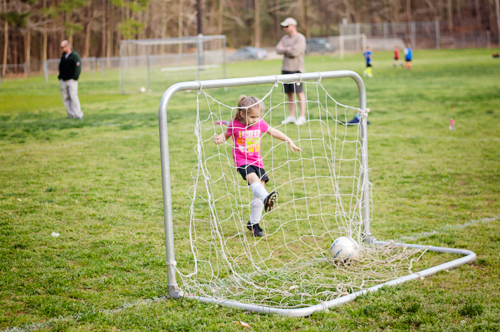 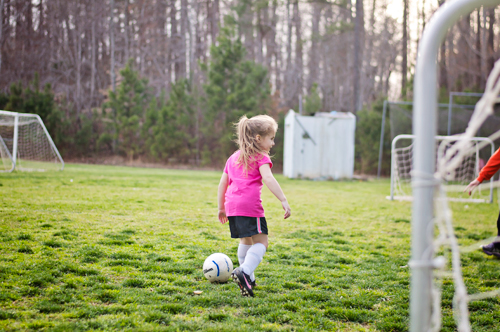 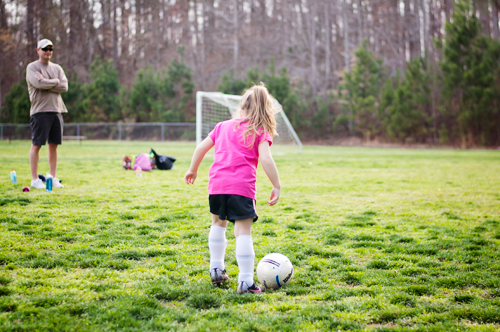 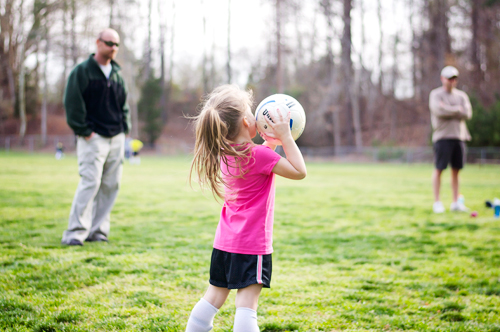