So this weekend was the spring soccer kick-off. All the kids show up, along with all the kids and they evaluate them so that teams are balanced with strong players and weaker players so one team doesn’t totally dominate (although at this age, that’s almost a mute point since both teams typically all just run and gun for the goal in front of them – whether it’s their goal or not). This year, as some coaches told me, Cailee is one of the strongest players (one mom told me “you can just tell she’s good by looking at her – not sure how to take that), but they recognize that she tends to lose focus (also true, she will score a goal and then get distracted by a long weed in the field), I think this is more indicative of her age then anything else. It was a proud momma moment when she scored the first goal of the mock game. Although, she then got really interested in some “berries” in the grass, which to my alarm I discovered to be deer poo.

Connor and daddy came to cheer for Cailee too. Connor is so ready to play. It was hard to keep him from joining right in. When the coaches called everyone together he was the kid standing right at the coaches; feet looking up. When the kids started playing, he wanted to be right out there. The thing is, he’s good, really good. He’s got more ball control then the majority of the kids out there. I hated dragging him back to the sidelines. It’s only his size (well, and age per league rules) that limits him. Cailee would jump right into big sister mode, trying to assist him rather than working on her own game. If he wasn’t playing, he was toting around the water bottle so we’ll have to get him one of his own. 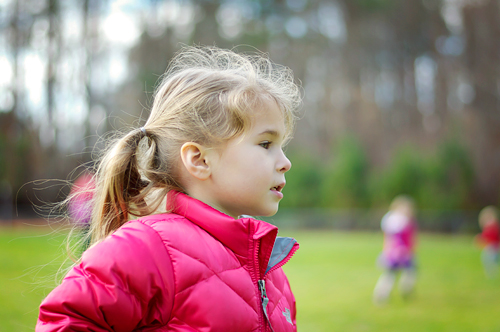 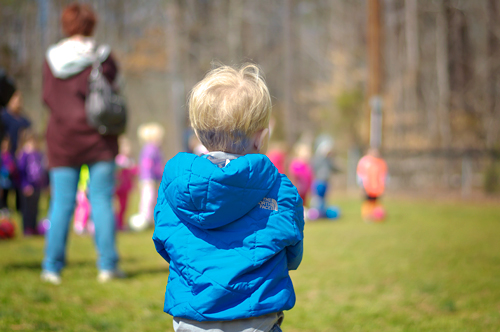 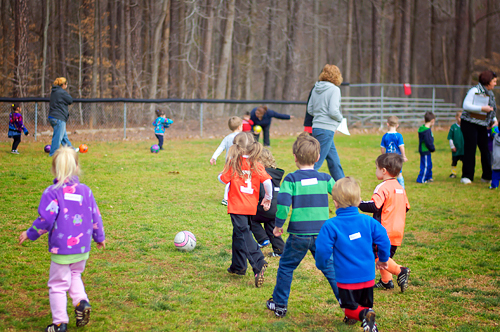 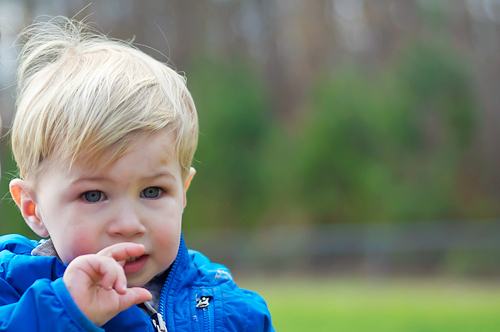 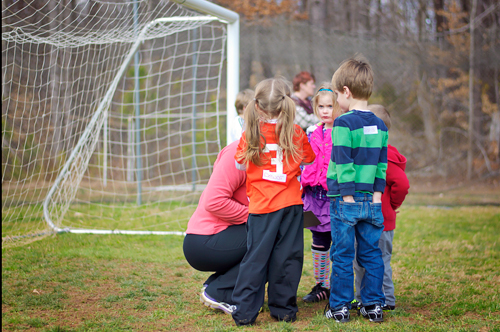 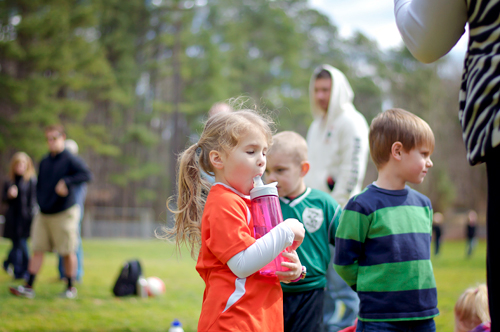 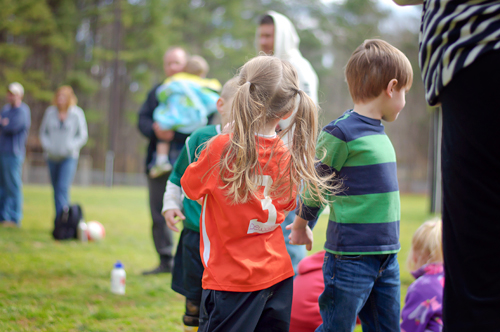 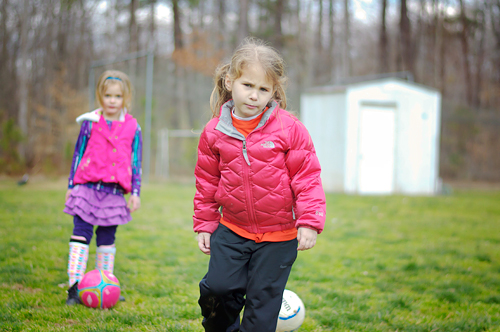 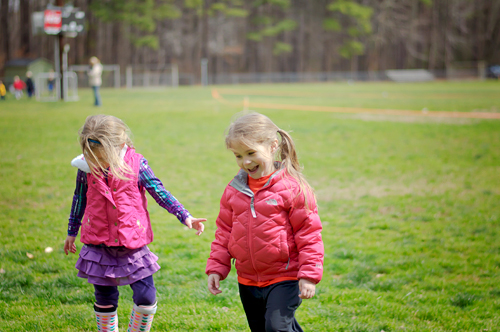