So while Cailee has been busy playing this weekend – more that later – Connor has been teething. I don’t feel anything yet in his mouth (although a little nervous to put my hands in there with two nice biters ready to bite me), but I think some teeth might be on the horizon. The dentist told me last week, during my visit, that generally a baby who gets their first teeth early, continues on that cycle (and the top two teeth aren’t traditionally due until 8-12 months, but the first two teeth showed up about a month and a half earlier then normal so who knows) and that also means they will lose their teeth early – watch out tooth fairy!

I am not really complaining because if this is the fussiest Connor gets – I can live with it. The net of it – he doesn’t really want to take his naps, and he would rather someone hold him (but the nice thing is that it can be anyone, which was never the case with Cailee). Oh yea – he’s gnawing on everything – don’t believe me – just look. 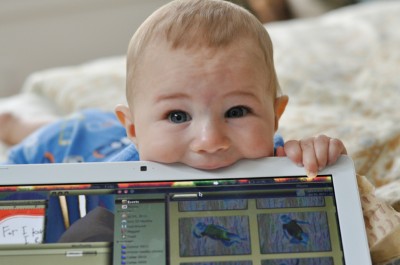 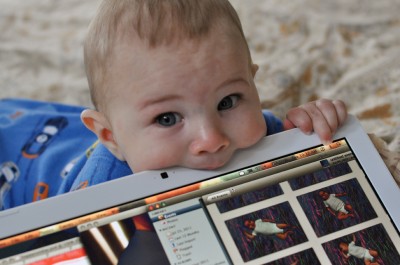