I saw someone posted this on Facebook and it was pretty comical – but the reality is – this is probably the most, if all, the snow we can expect to get this year. Randomly, it dropped from 60 degrees to 30 degrees, snowed 2-3 inches and then was right back in the high 40s today and expected to be in the mid 70s by week’s end. Cailee was excited though – and I was excited for her. We even woke her up last night to watch the snow falling – not knowing if anything would be left by sunrise. Lucky for us, it hung around long enough for us to do a snow angel, and make a mini snowman.

Let’s see – there were some funny-isms worth noting. I don’t know where Cailee learned about snow angels, but from the first snow flake she was ready to make one – thank goodness we got enough snow to make an angel – or else we would have had a grassy/dirty angel – because nothing was going to stop her angel-making. In making the snowman, Cailee insisted on trying to eat the cranberries I found for eyes. It didn’t take long for her to realize it was not candy. She promptly replaced the eye. 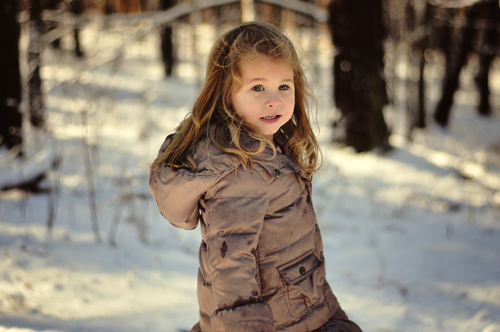 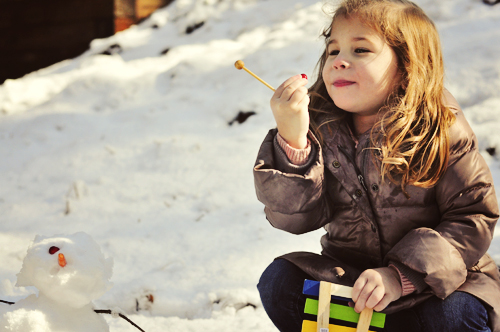 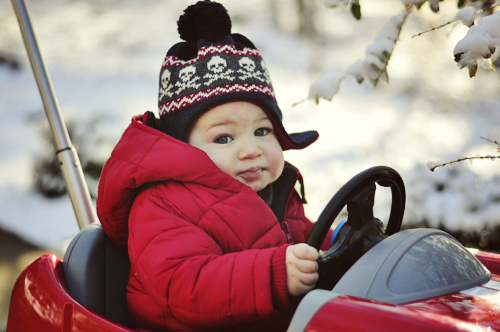 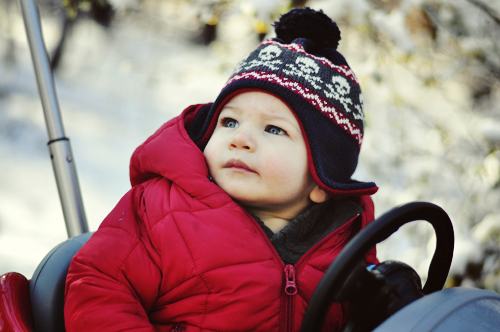 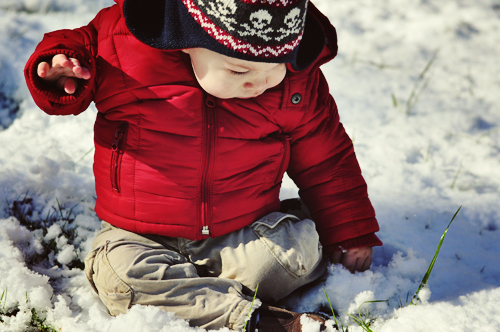 Cailee’s snow angel (you have to squint to see it, I missed the action shot, she didn’t stay in the snow long) 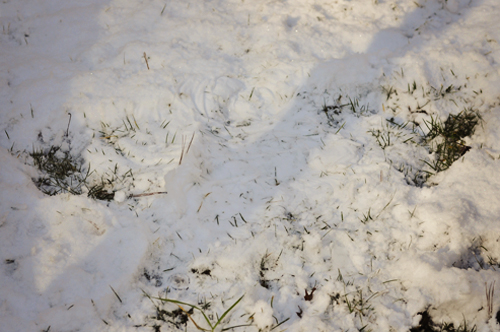