What a day! (and what a sugar high!). It was jam packed from the getgo. Early this morning, I got Cailee all dolled up in her Tinkerbell costume for the Halloween costume parade at school. Connor and I watched from the sidelines as she marched by with her class. Connor was extremely cooperative until a little boy creatively dressed as a trashman, complete with garbage truck, walked by. Connor became obsessed with the “truck” – pretty funny actually.

Tonight, we added a few extra layers to the kids’ costumes and headed to Cailee’s school (Aldersgate United Methodist Church) for trunk or treat, dinner, and festivities. Connor was adorable in his Evel Knievel costume, although people thought him to be Elvis, and Captain America. I guess we could add a wig or a helmet and recycle it as another character last year (if we also had a way to stunt his growth).

Trunk or treat was originally going to be the extent of our night – but the kids (Cailee and her 4 year old cohorts) were relentless when it came to trick or treating, so we hit the pavement after leaving church (I mean, we didn’t bundle up for nothing). The thing about our neighborhood is you have to do a lot of walking, as the houses are spread out (especially the participating houses). However, since there are so few trick or treaters, those that do participate, go ALL out and give away bags/handfulls of candy, so there is no shortage of sugar in our house this evening.

Connor was so fun to watch tonight. Initially he hung back from the gang and chilled in the wagon, but as soon as he saw what the big kids were doing, he decided he did not want to be left behind. He got the hang of trick or treating right away – turns out he’s very good at grabbing the candy and stuffing it in his bag. By the end of the night, his bag was so full, that he started dragging it on the street as he walked, but he refused to let it go (he even carried it up the stairs to his bedroom – we were only able to pry it out of his fingers when we swapped it for a cup of milk). 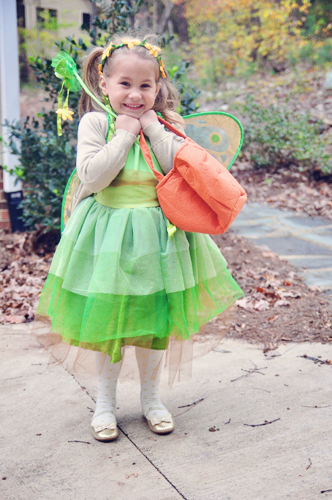 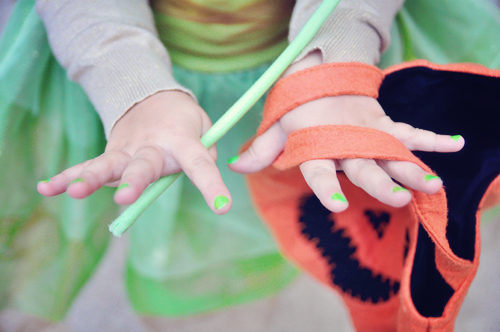 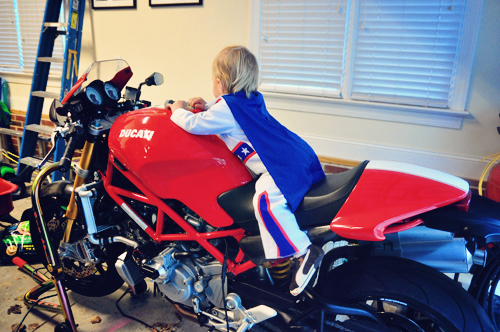 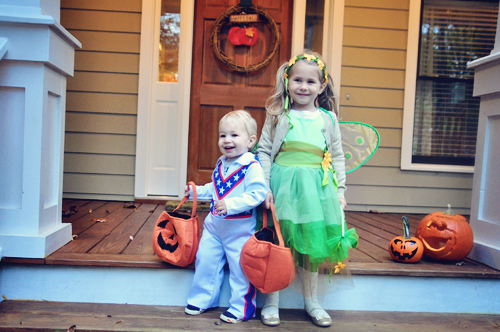 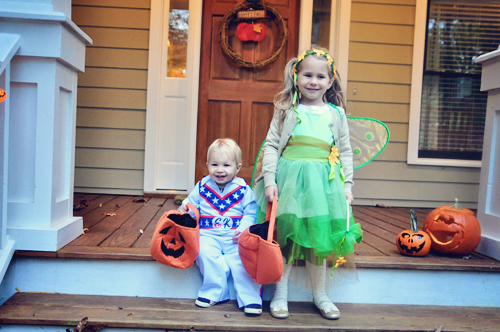 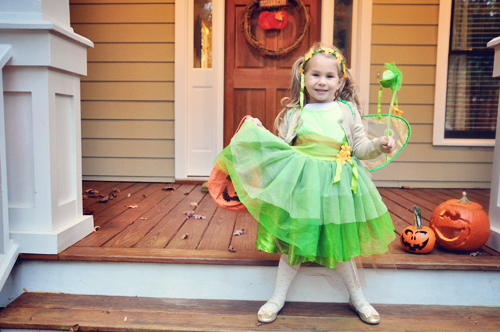 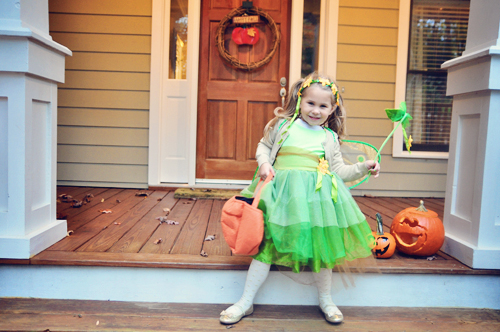 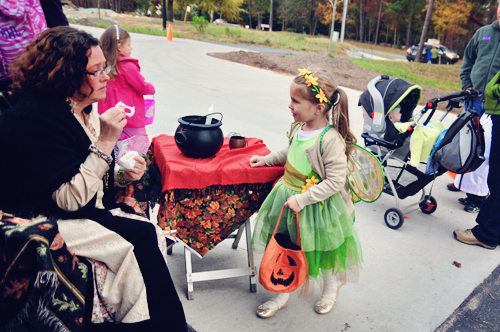 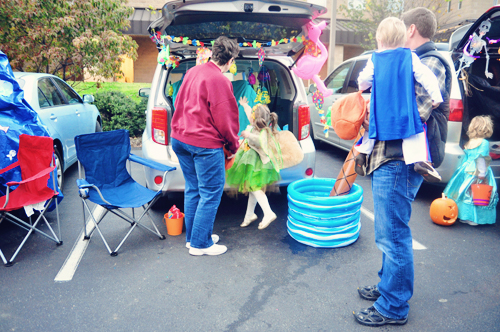 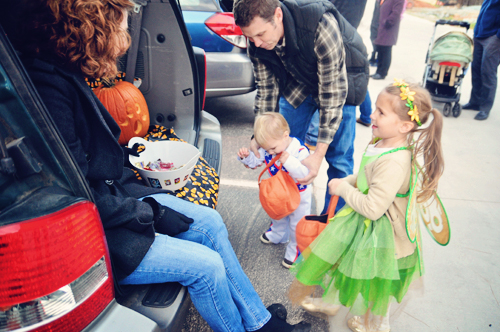 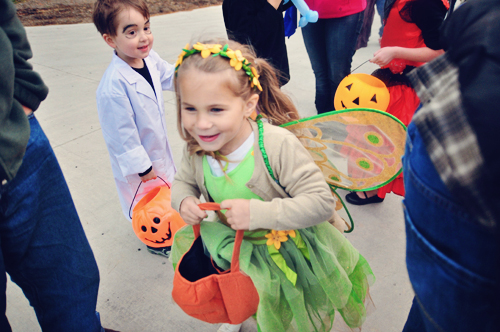 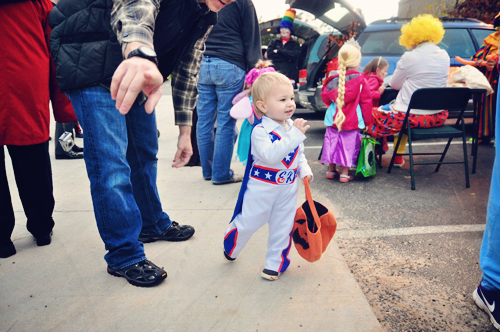 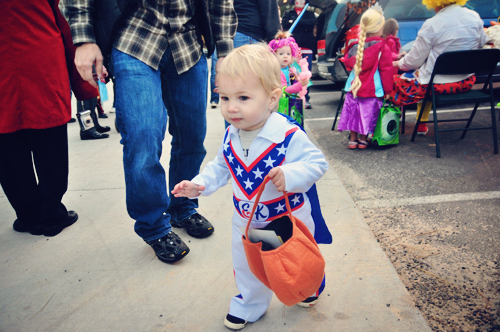 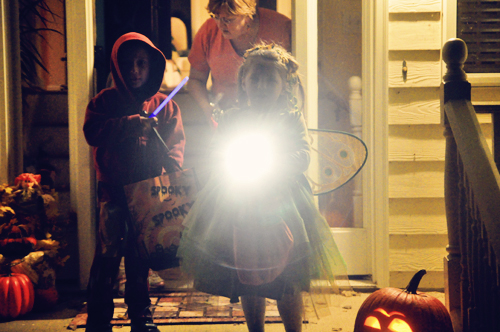 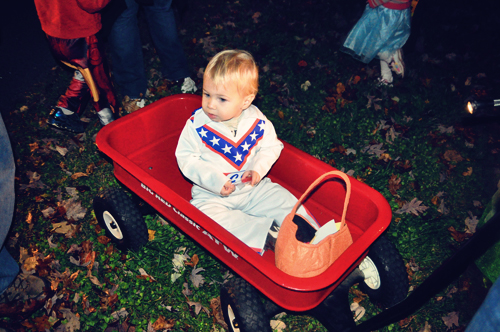 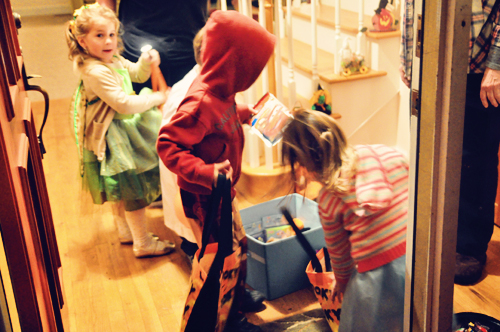 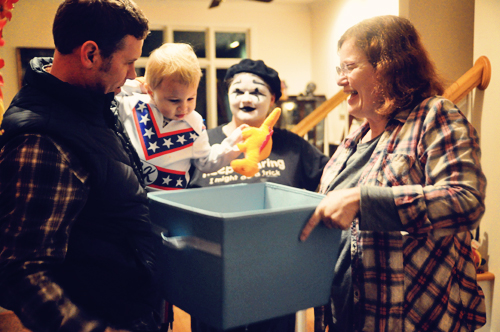 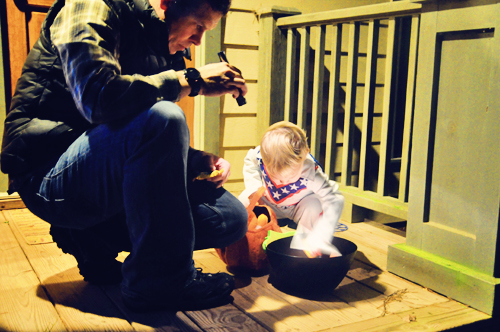