And so it begins, well really begins. We got the kids ready for the beach this morning – but by the time we coordinated this among 4 kiddos – Connor was ready for his morning nap. He lasted about 30 minutes on the beach before he was sucking his thumb – the telltale sign that its nap time. So while Connor and I snoozed, Cailee and the gang hung out a little longer before breaking for lunch.

Connor was exactly as we anticipated – no fear, no hesitation and covered with sand and salt in no time. He loves everything about the beach – but you have to watch him like a hawk. If given the chance, he would either make a beeline for the water or run straight to a neighbor on the beach – and make himself at home. Cailee on the other hand, actually hesitated when it came to the water (even though she was fine yesterday). However, with a lot of coercing and a few minutes clinging to our legs, then hands, then one hand, it was on! We spent another few hours on the beach post lunch and it could have been longer, if life was according to Cailee, she was none too happy to be told we had to head in. All in all life is good (and will be even better if everyone sleeps as hard as they played).

You’ll like all the hairy leg shots of JJ, he was on Connor duty most of the day. 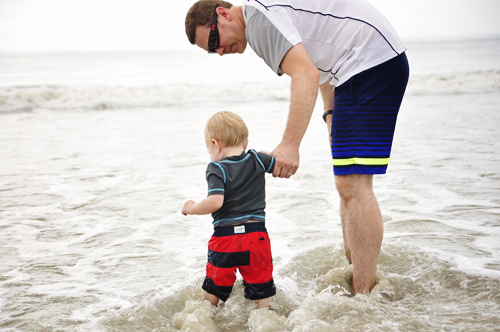 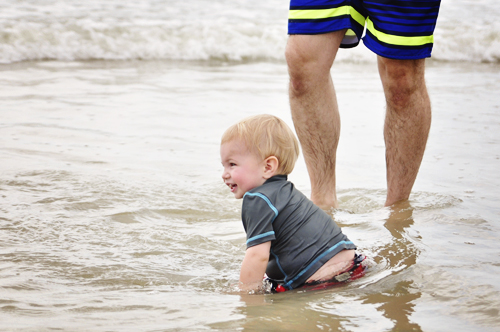 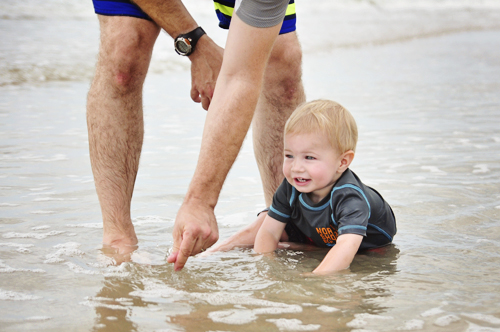 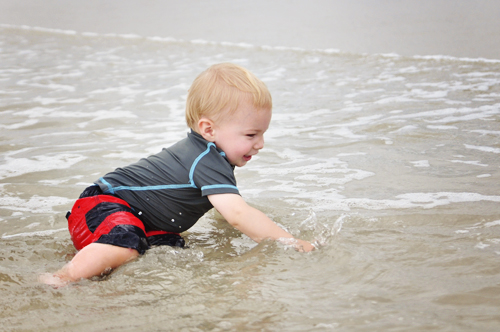 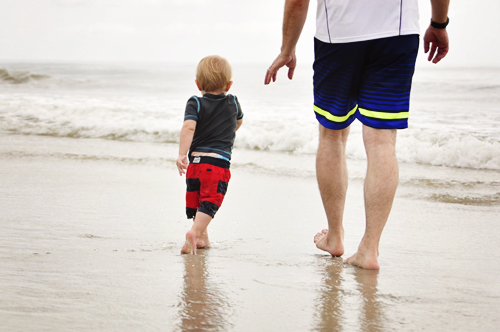 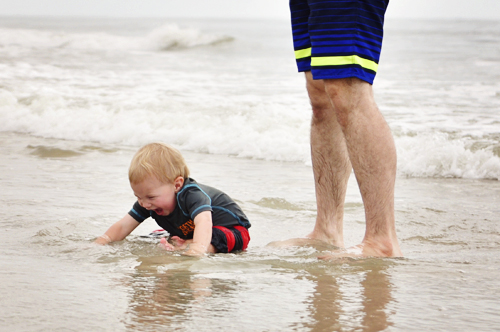 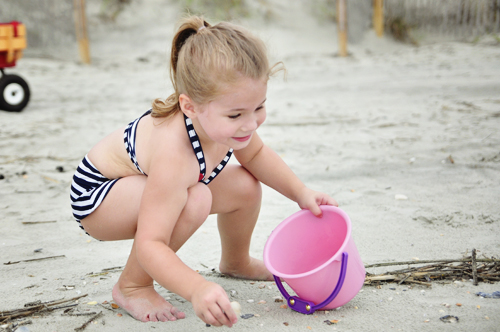 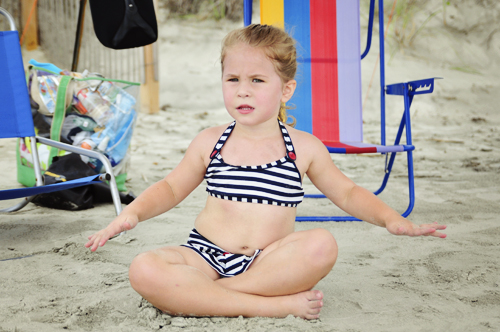 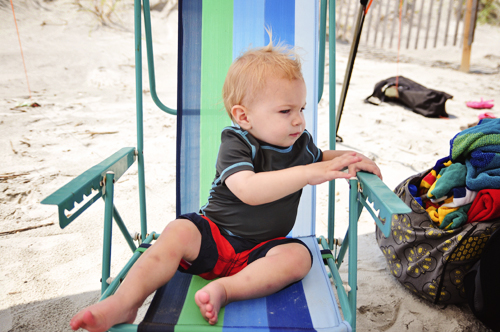 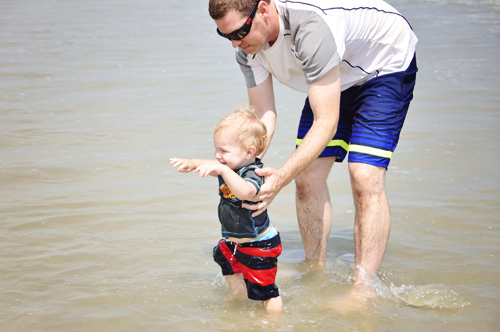 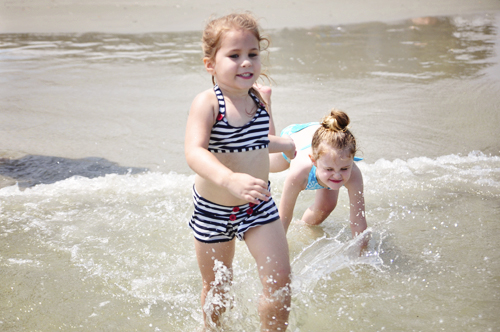 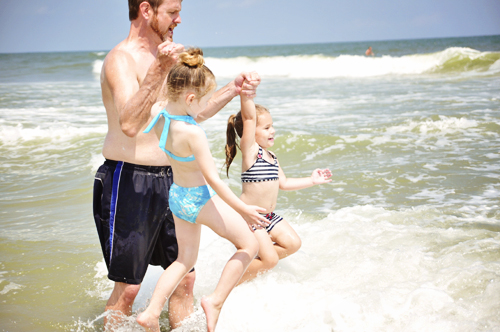 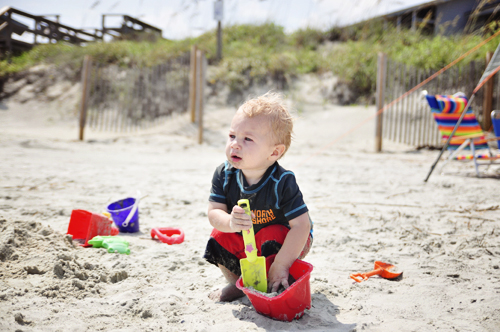 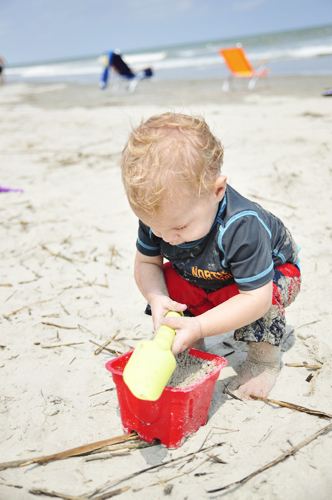 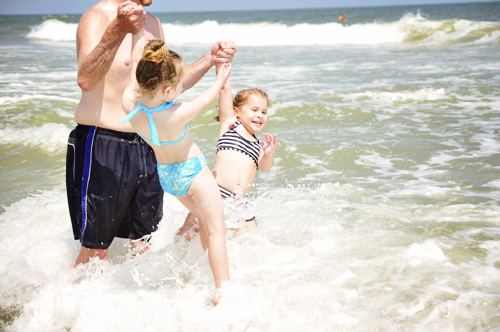 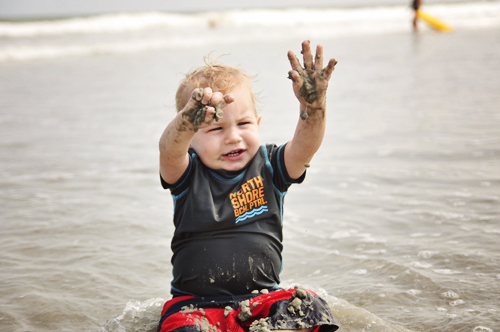 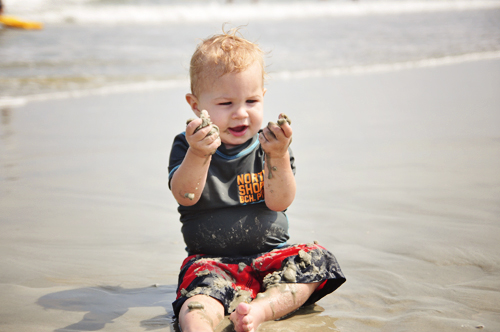 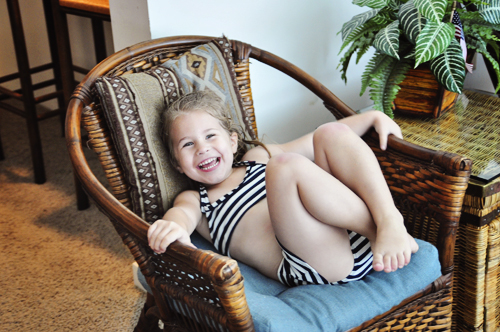 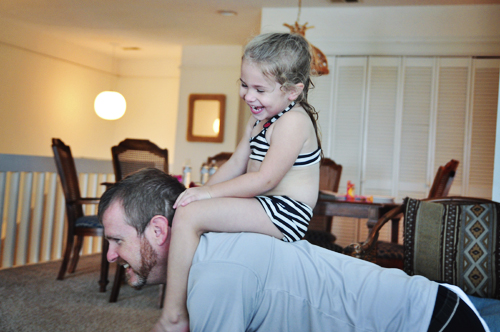 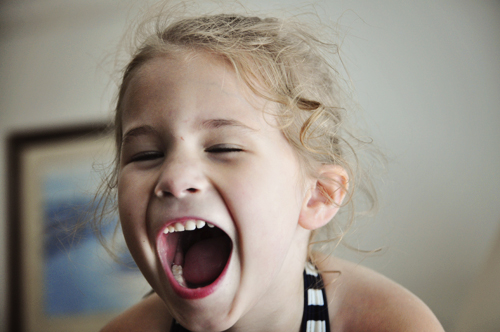 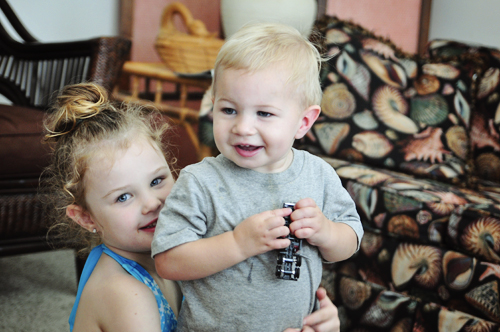