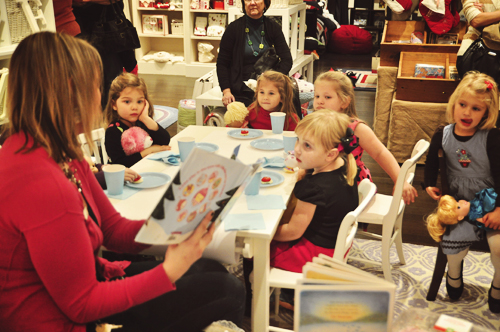 During one of my frequent visits to Pottery Barn Kids (yes, I admit, they know me there and my kids rooms might as well be featured in their catalogs), I signed Cailee up for a Doll Tea Party scheduled for Saturday afternoon. So after a fun morning at the parade, Cailee and I headed to the mall. She was pretty excited.

Turns out, I am not sure why they made it a “doll” tea party, because I ended up holding dolly before too long, (as did all the other moms) but Cailee had a great time. There were 10 girls and they enjoyed a small snack, read some winter-themed books, and created a fairy craft with stamps.

It’s always fun for me to watch Cailee interacting with other adults and children – I don’t see that a lot. She did really well, especially with the adults. She spoke up, answered questions and was very polite.

My proudest moment came when Cailee suggested that everyone needed to say grace before they eat their snack. The lady leading the tea party agreed and asked Cailee to say the prayer. Although it was pretty intelligible, she was very sincere and it was a touching moment, for me, especially. We must be doing something right. It certainly makes up for all the times she calls her brother a “poo-poo” head (in the most loving way possible).

I didn’t get great pictures, I felt a little silly being “that” mom snapping pictures in the middle of the store, but I managed to sneak a few. 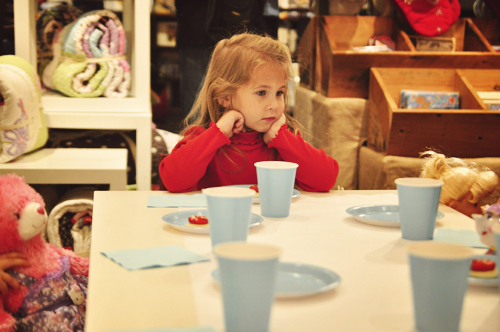 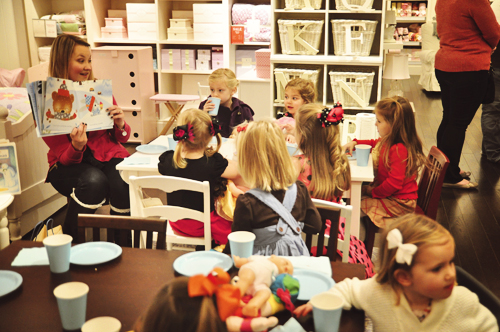