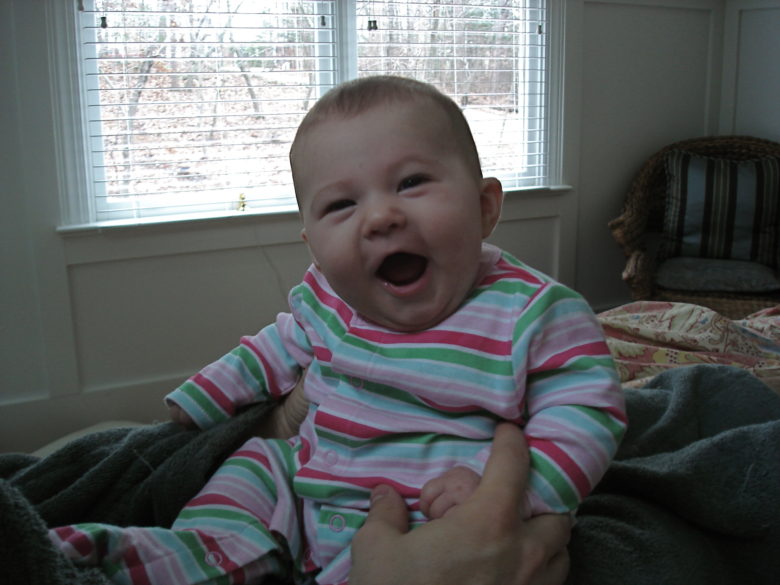 So there is a new rule this week – now that Cailee is starting to sleep through a good bit of the night – we are instituting a bedtime. I would love for it to be a bit earlier – we are still working on that – but for now its 10. Going to bed at 10 – she will generally sleep straight through til 6 or 7. Much earlier to bed means its much earlier to rise and somehow I would rather tolerate her at night for an extra hour -rather than before the rooster crows in the morning. The nice thing is that I can still stumble in half asleep and feed for a short time in the AM and put her right back to sleep for a long nap – sometimes til almost 10 or 11. No complaints there.

Last night I snuck out to the grocery store while Cailee was in the very able hands of her daddy and when I returned at 9 – he said she was very tired. So just about 10 we laid her down to change her diaper – hoping that she would not saturate it (the crib pad and sheet) before she woke up in the wee hours of the morning. Well here is what he thought was a very tired baby.

I will admit – even though it doesn’t seem like it would be possible – we laid her down shortly afterwards and she did actually go to sleep in under 5 minutes. Another small miracle that we look forward to every night.