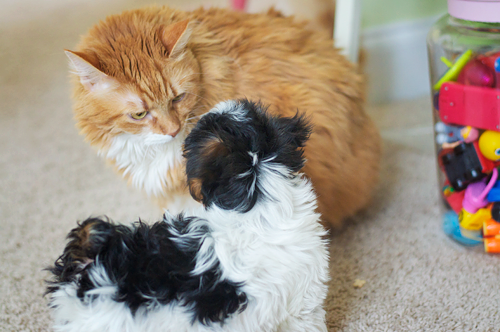 I’ll never understand the dynamics of animals (people either, but that’s another story). So Lola and Bogart used to play all the time. Carly just always ran and hid. When we lost Lola, we saw Carly again, but Bogart harassed the cat to no end. Now that we have Bailey, we have the best of both worlds. Carly didn’t go into hiding (because Bailey pretty much ignores her) and Bogart has a playmate again – he hangs out in my room with Bailey most of the day now. They are pretty cute together. I hope it stays this way. 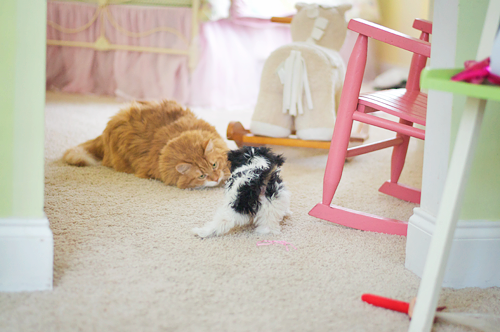 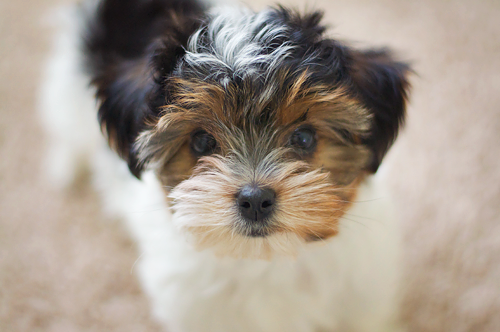 Bailey, sporting our puppy collar/harness. We have attempted two walks, it hasn’t gone so well. Bailey doesn’t like to walk on a leash apparently, you pretty much have to drag him. Since that is less than optimal, we typically end up carrying him – so we’ll have to keep working on this. 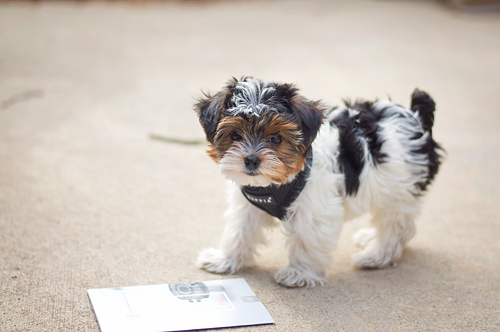