As promised, here is the rundown from our festivities this week.
First up, the first ever Dewar gingerbread house. I bought a pre-made house. I was not about to try and actually bake the gingerbread and cut it into nice shapes (and that was a smart decision considering how the cookie cutouts turned out). I got up and put it together first and then Cailee was set loose on the decorating. As expected, it was eat one (or one handful) and then put one on the house. Some of the candies proved to be a bit too heavy for the roof and those just slid right off and piled under the house, lesson learned, need to let the icing stiffen a bit, but this was a first for both of us. Watch out – next year we might just be pros.

By the way, any time you ask Cailee to smile for the camera now – I get this face-wide, squinty eyes grin. You’ll probably see it a lot now. 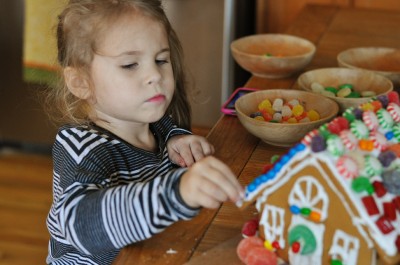 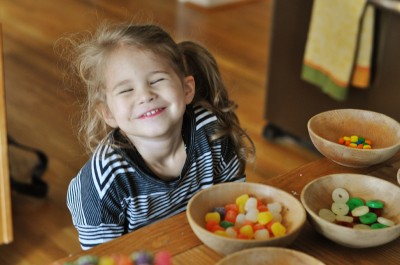 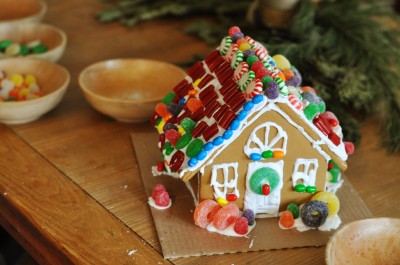 Next up, Christmas sugar cookies. I attempted snowman cut outs first – except they all ran together and ended up just looking like giant blobs (I am possibly the most uncoordinated person in the kitchen and there is only so much you can blame on a three year old). These didn’t even make it to icing. We opted for stars and as we made each one, Cailee would try and stick her fingers in the dough, or add more flour to the mix, at one point she was throwing flower because she realized it made a snowing effect (I have a shred of belief now in the boys that floured their living room). As a result, things were quite messy, even before we got to sprinkles, but it was fun and that’s what counted. One thing I didn’t realize, Cailee obviously sampled everything she made – including the sprinkles – and sprinkles apparently will stain your hands. This is why – look closely in the last few picture – her finger tips are bright red. 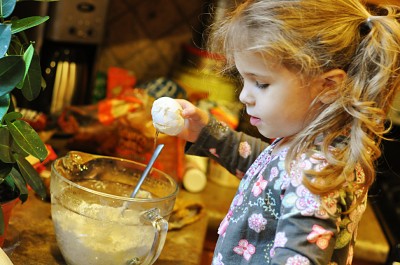 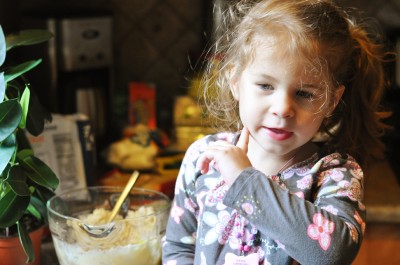 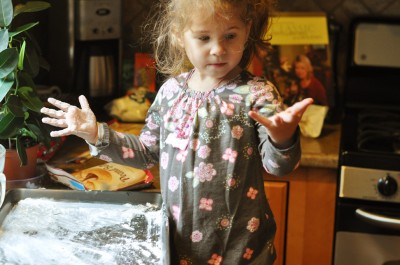 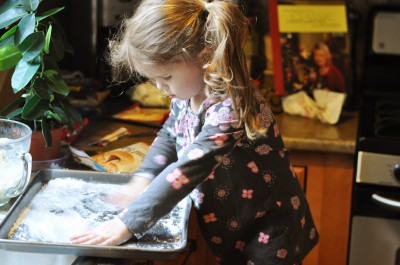 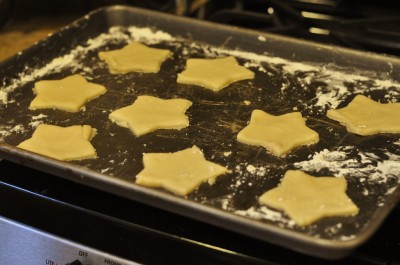 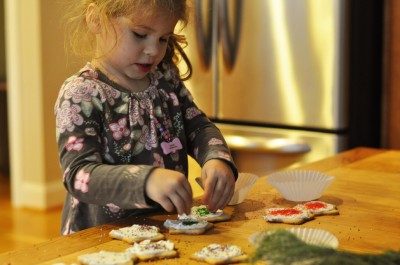 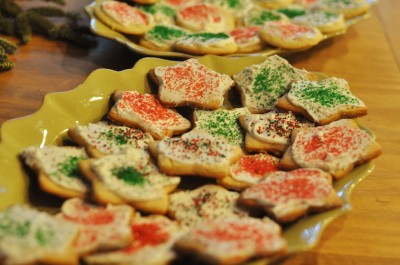 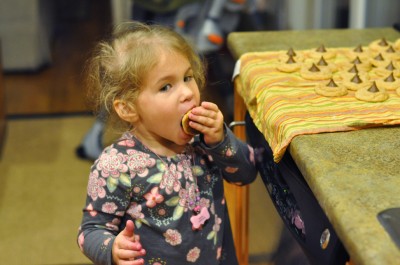