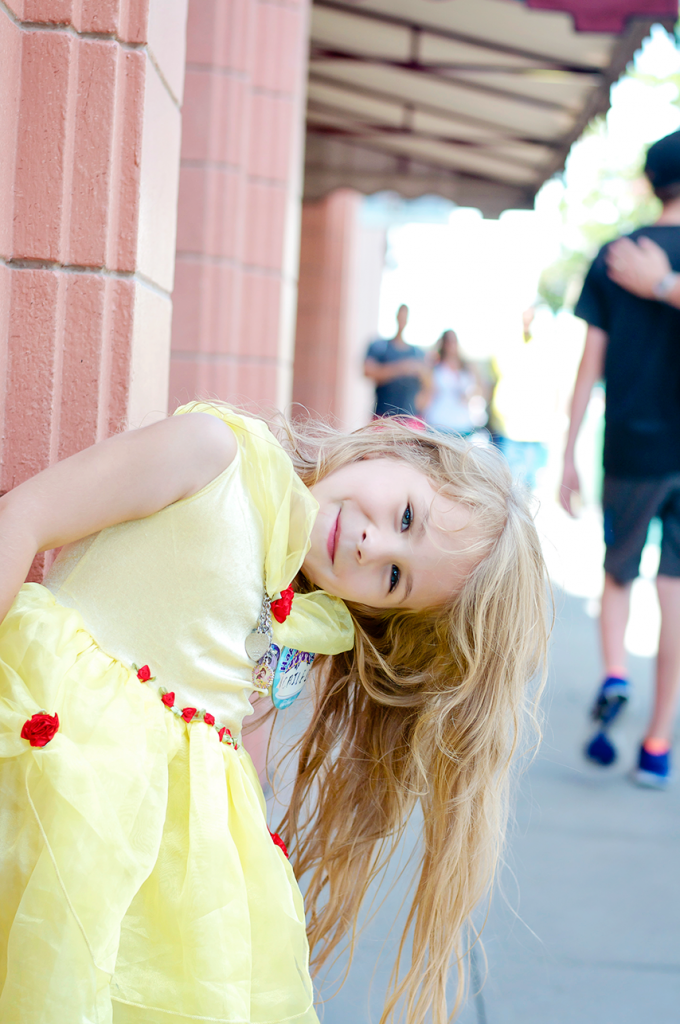 Wednesday was supposed to our our “off day”. Even though we had *some* plans made for the day, we had purposely not bought theme park tickets with the intentions of laying low and recovering a bit mid week. However, I guess my “always on the go” mentality has been bred into my kiddos because Cailee didn’t really like that idea. She thought we were missing out – little did she know what was in store. JJ, as well, wanted to catch a show we had missed at Hollywood Studios so we ended up adding park tickets (once you have bought so many of them the prices is significantly reduced, as in tickets are $10 bucks a person).

We kicked off the day with breakfast at the Floridian resort at 1900 Park Fare. It was a very good breakfast buffet with Mary Poppins, Winnie the Pooh, Alice in Wonderland, the Mad Hatter, and Tigger. I was relieved to see “other” characters, even though these were not as familiar to Cailee as some of the others. Then we went back to our resort and took a ride on one of the surry bikes. The fact that this hotel had bikes and a walking path/trails was one of the reasons I had chosen it. The surry bike was a bike for four, where both JJ and I had pedals (although I let JJ do all the work and just hollered when I thought we were going to run off the road) and the kids sat in a basket in the front. There was a path around our resort that ended at the Triple D Circle (Horse) Ranch. This is apparently the horse ranch where the “princesses’ ponies” are housed. Cailee got to do a short pony ride – and it was the cheapest activity we did all week @ five bucks!

We headed back to the room and got changed quickly for the pool. The kids had been anxious to go back since our late night swim. (The kids love the water and don’t get the regular opportunity to go to the pool so they are always a treat for them). This time the slide was open and it turns out that is all they wanted to do – run up to the slide, go down, swim across and repeat. We must have done it 50 times in a 30 minute time frame.

Next up (remember, this was our down day), Cailee and I went to the Alice in Wonderland Tea party, also at the Floridian. It was for the child only, so I dropped her off and got an hour to lounge (yea! I really didn’t know what to do with myself). She lucked out because typically they host up to 25-30 kids for the tea party but only three made reservations so she got Alice, the Mad Hatter, pretty much to herself. It seemed like she had a lot of fun.

After this, we jumped on the bus and met JJ and Connor at Hollywood Studios for the Light Cameras Action show. Its a “behind the scenes” show of a car/motorcycle chase. I’ve seen it before but think its pretty neat. The kids were most excited because Lightening McQueen now makes an appearance during the show. I think this was the most excited we’ve seen Connor all week.

Our last stop of the day was to the Wilderness campground. We had reservations at the Hoop Dee Doo Musical Revue, a dinner show. It was great. We somehow managed seats in the front row just behind the piano player. It was a loud and quite entertaining show and just what we needed. By the end of most days, Connor is pooped and so dinners were a bit challenging with him. And even though he watched the ipad (kinda rude considering we were in the front row), he danced along to the music so I know he was entertained. Cailee really enjoyed the show, scooting around so much in her chair to see the action that she fell out of her chair at least three times. At one point they even made a big deal about her birthday in front of the audience, she was super embarrassed but loved it just the same.

Fortunately for us, the campground is just one short boat stop to the lodge, and then it was lights out for us. 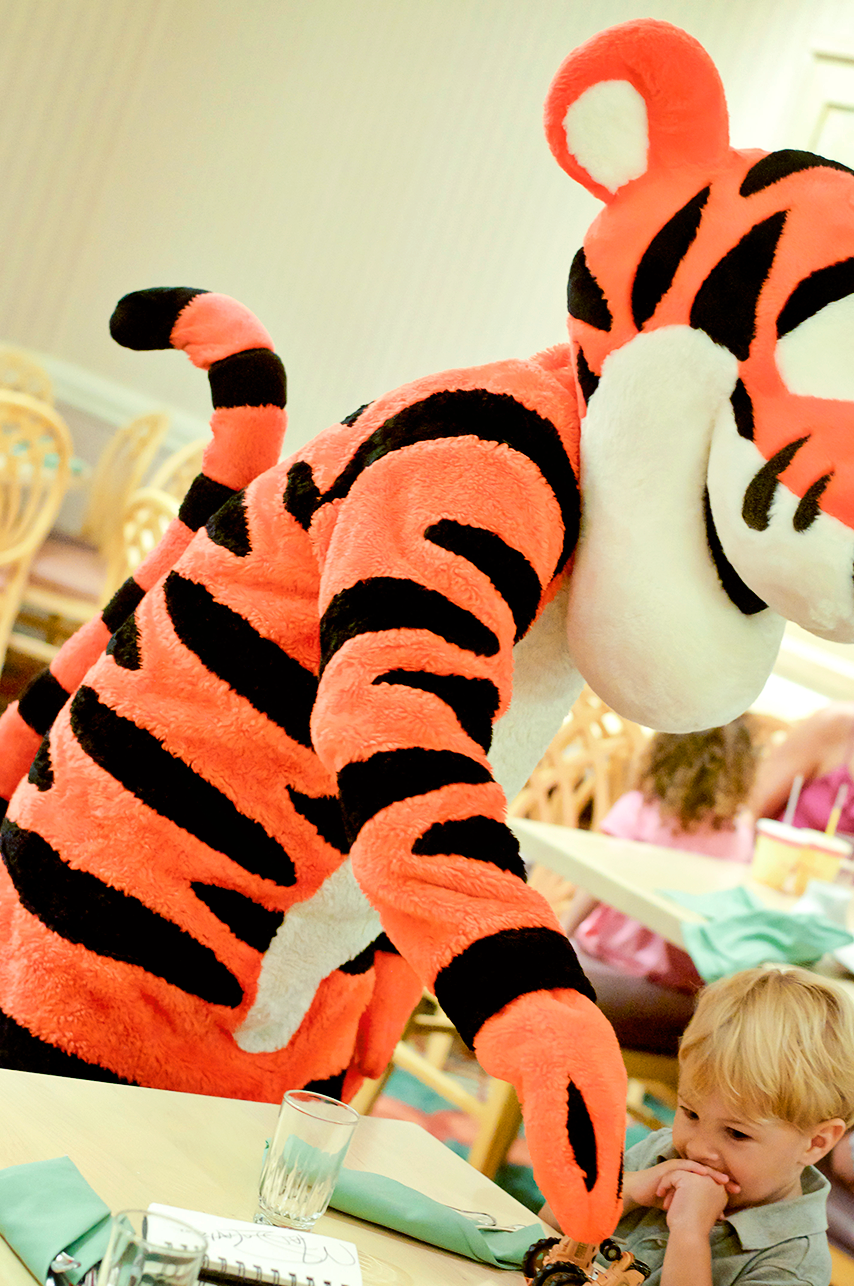 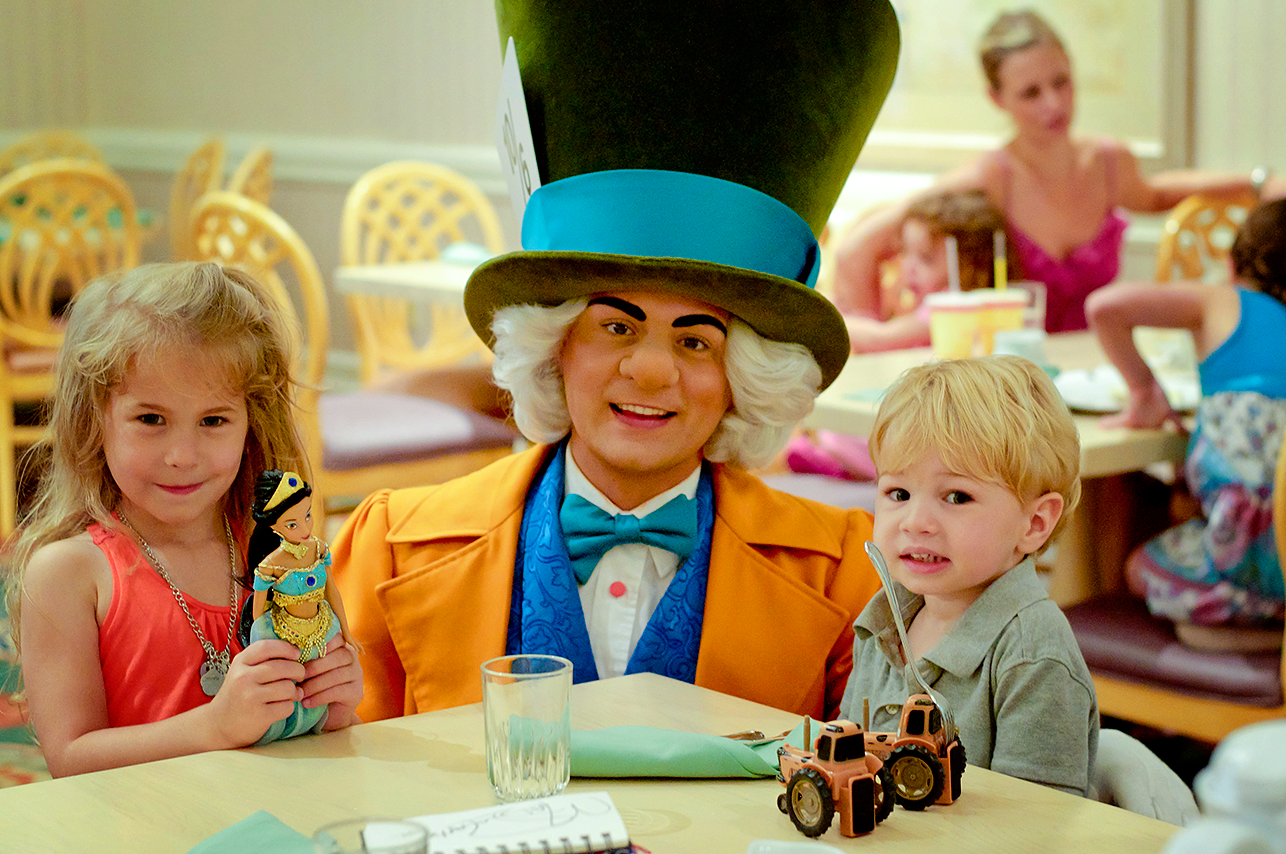 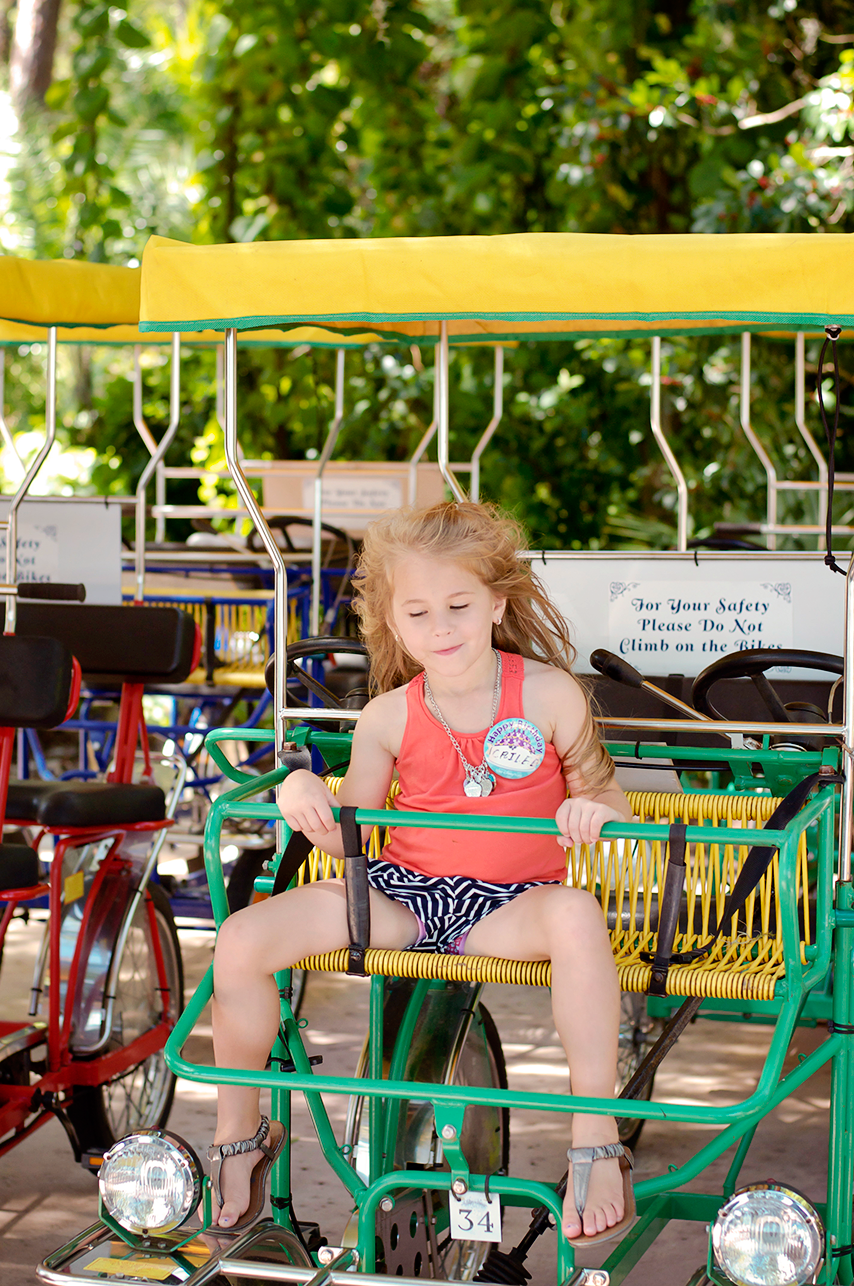 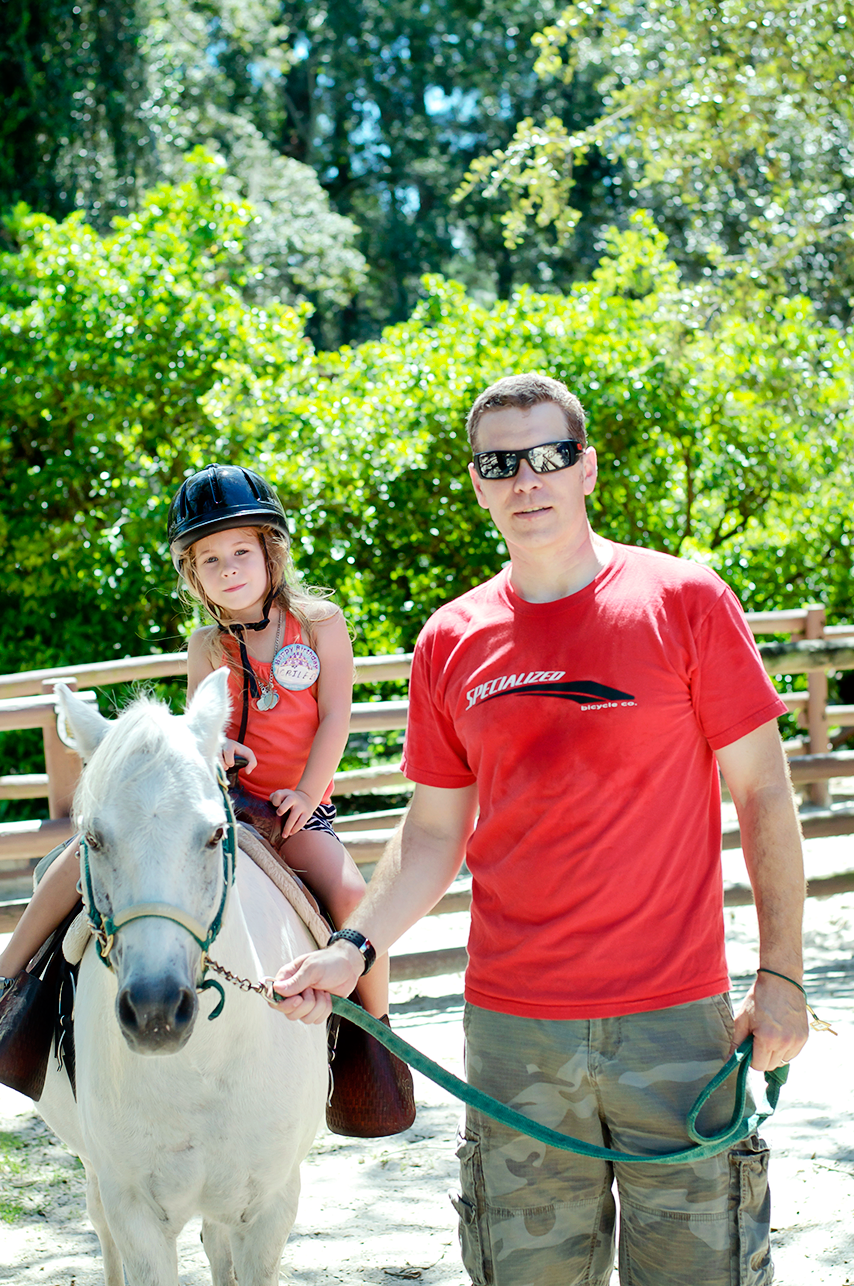 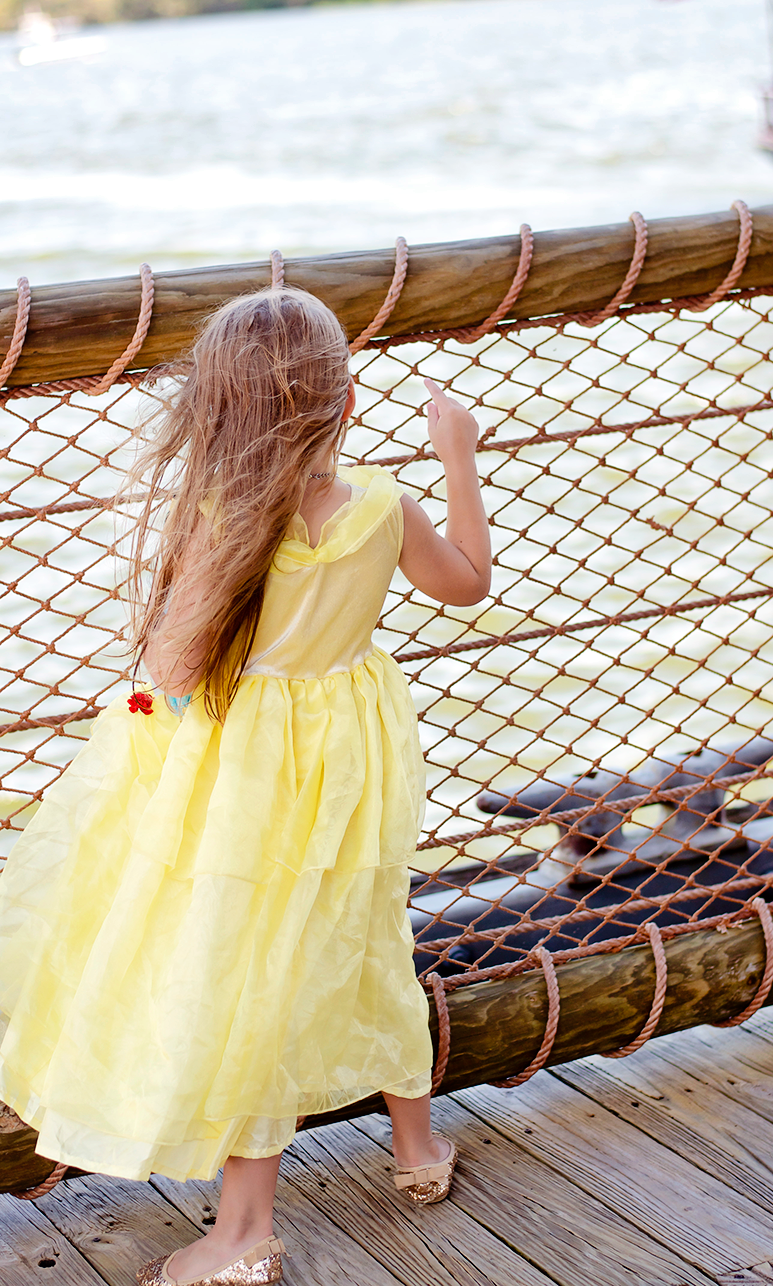 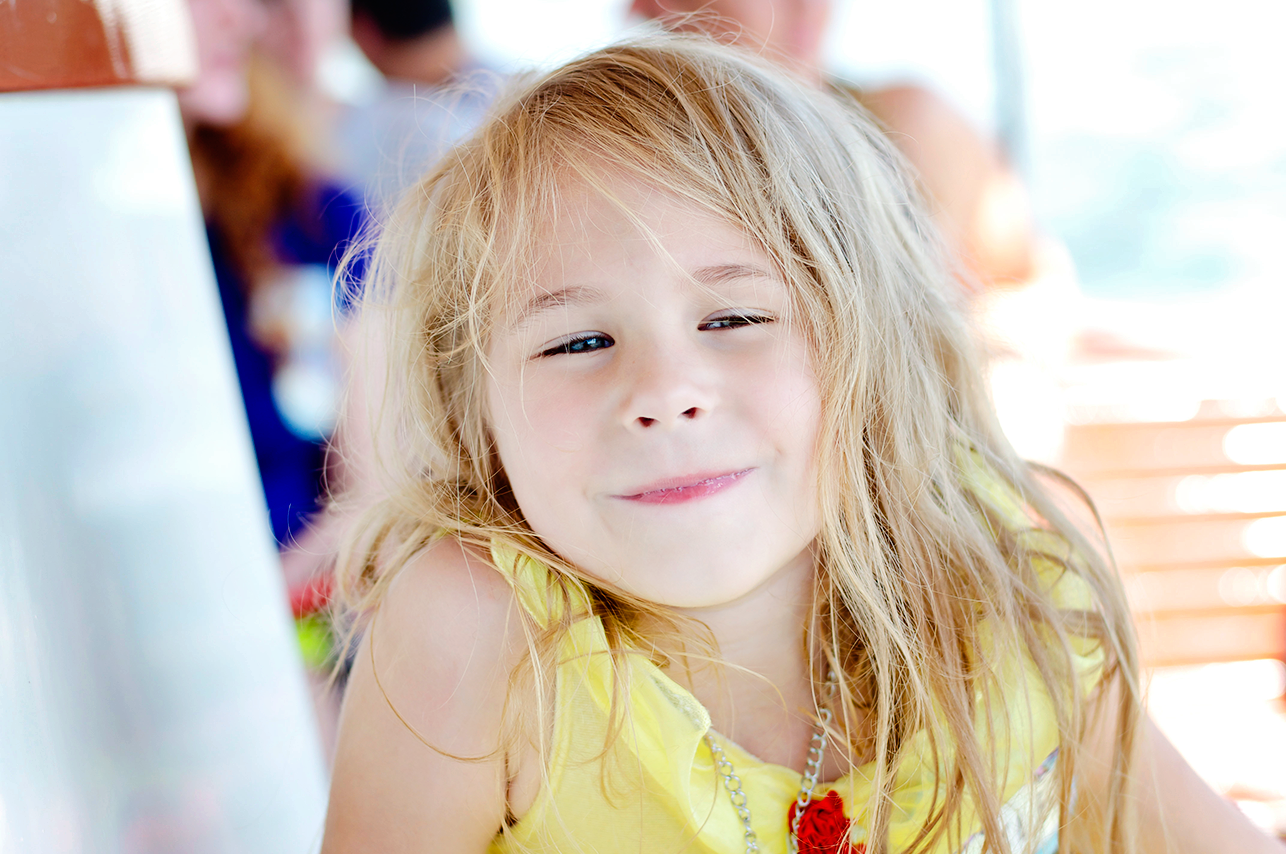 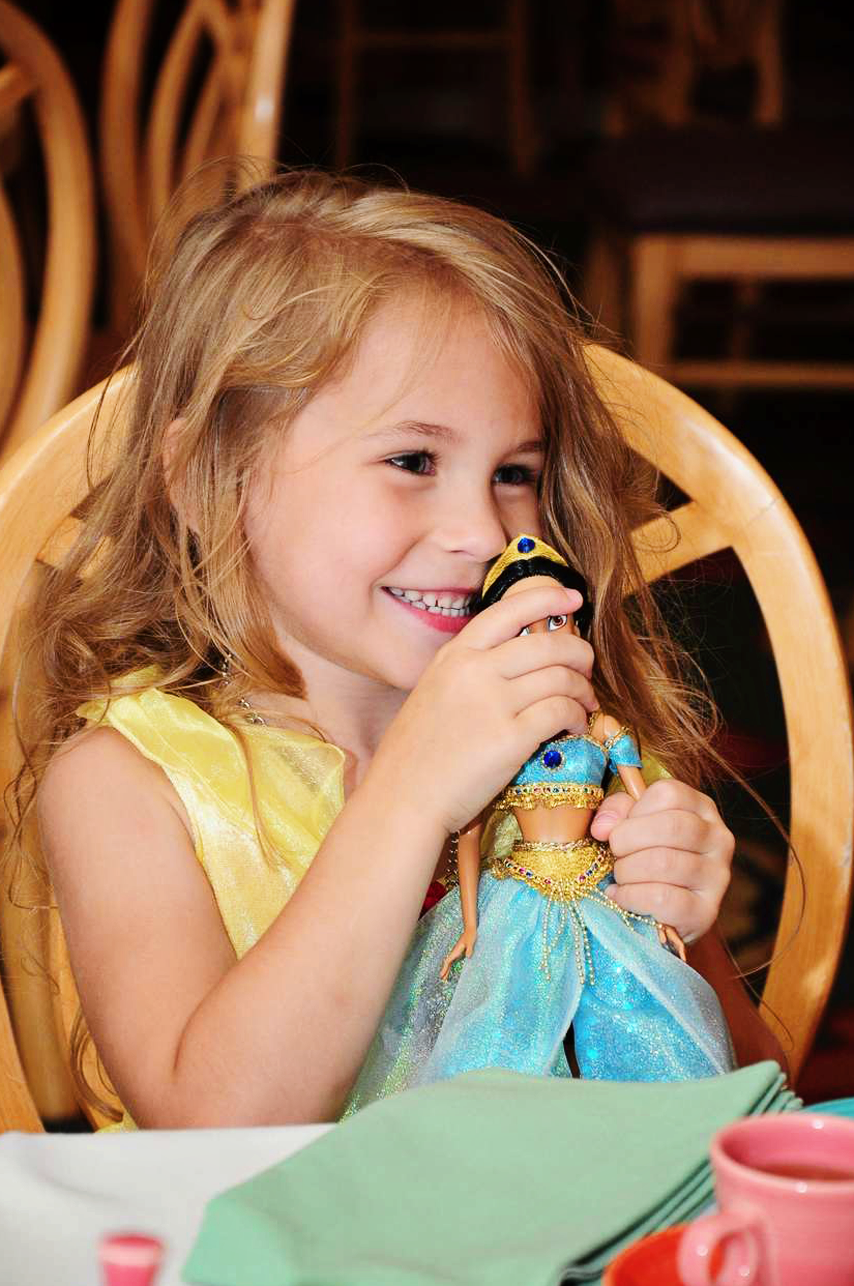 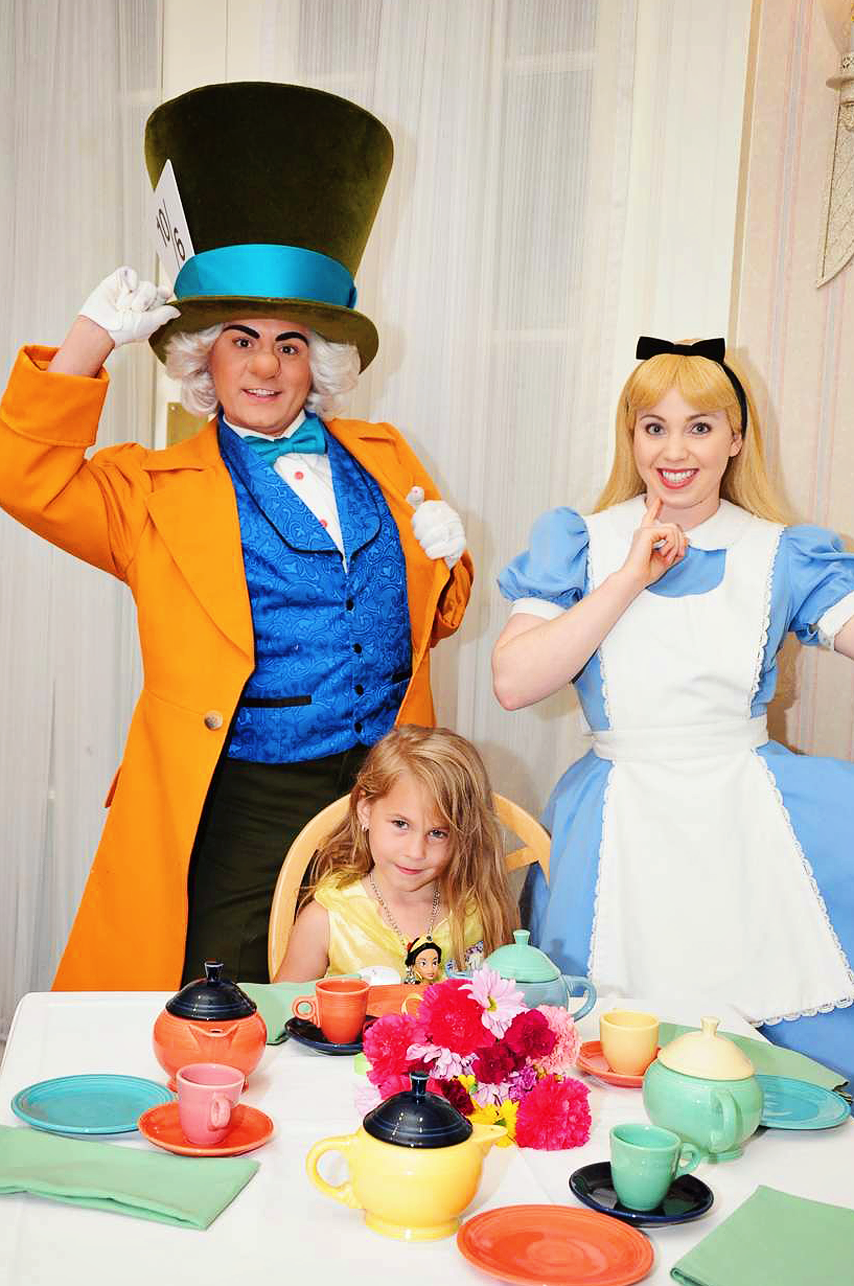 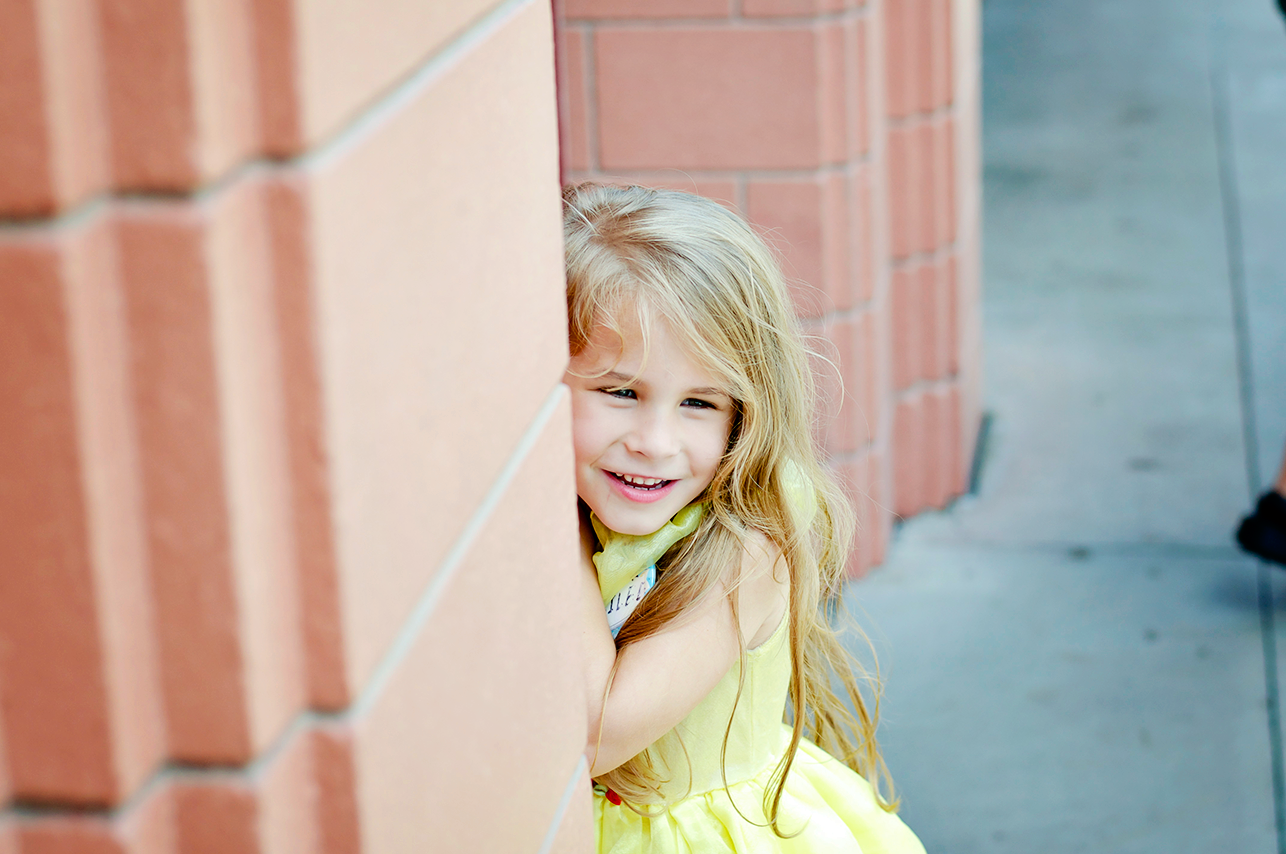 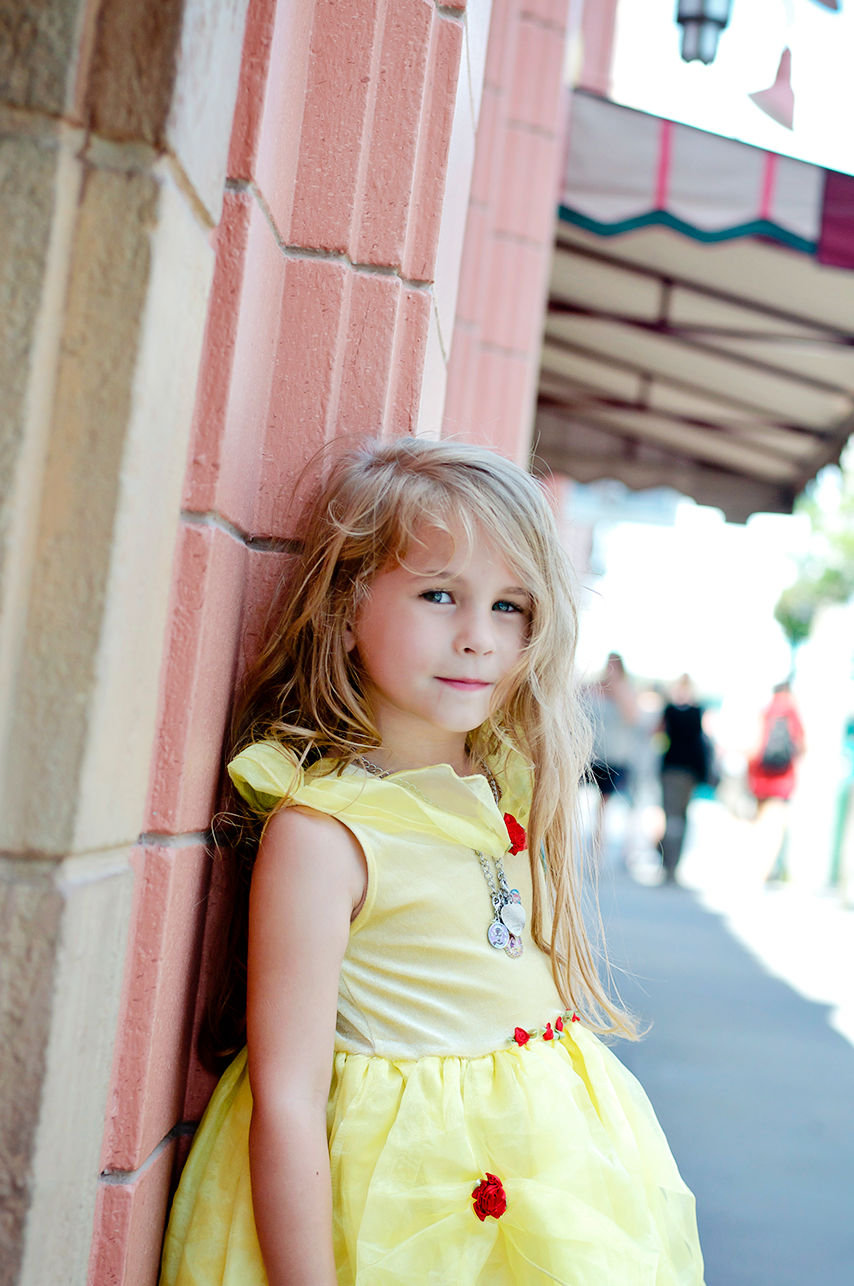 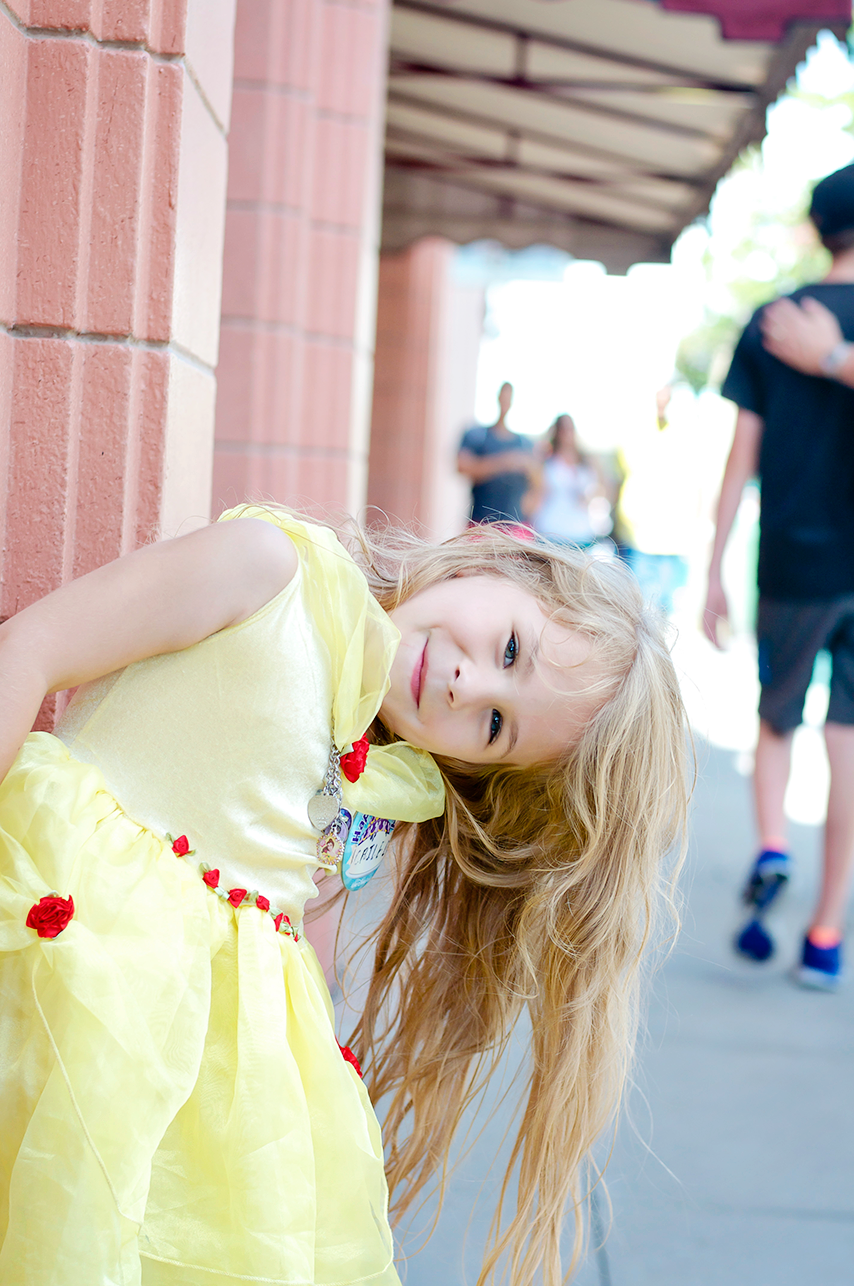 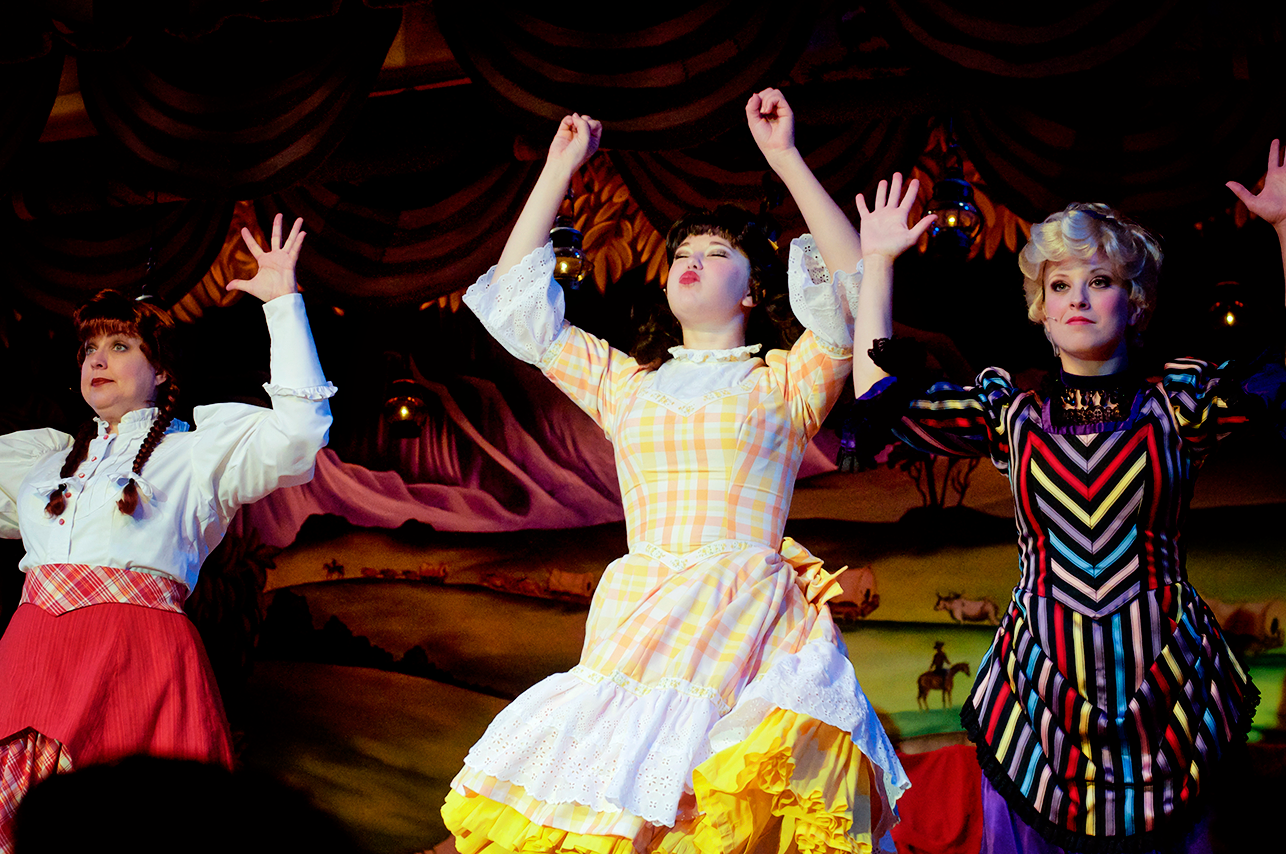 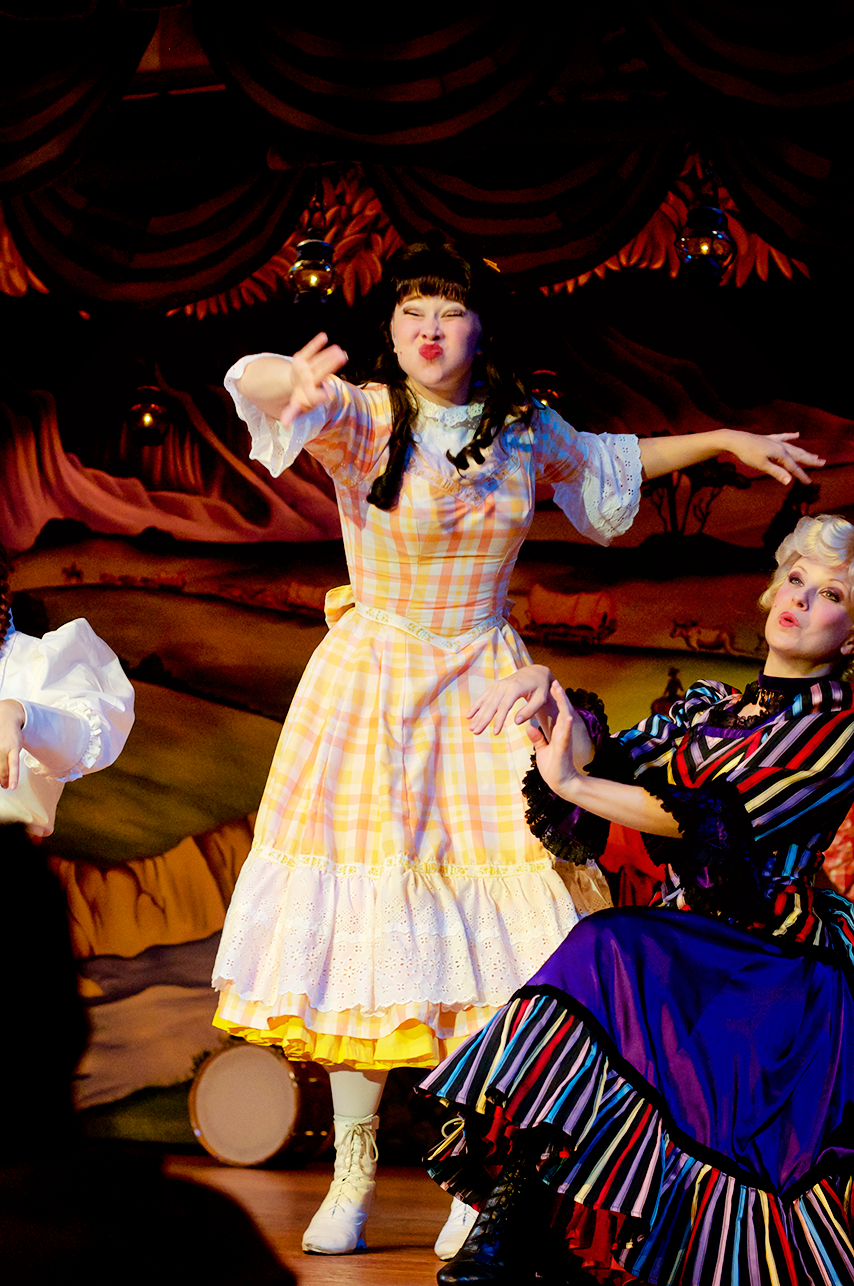 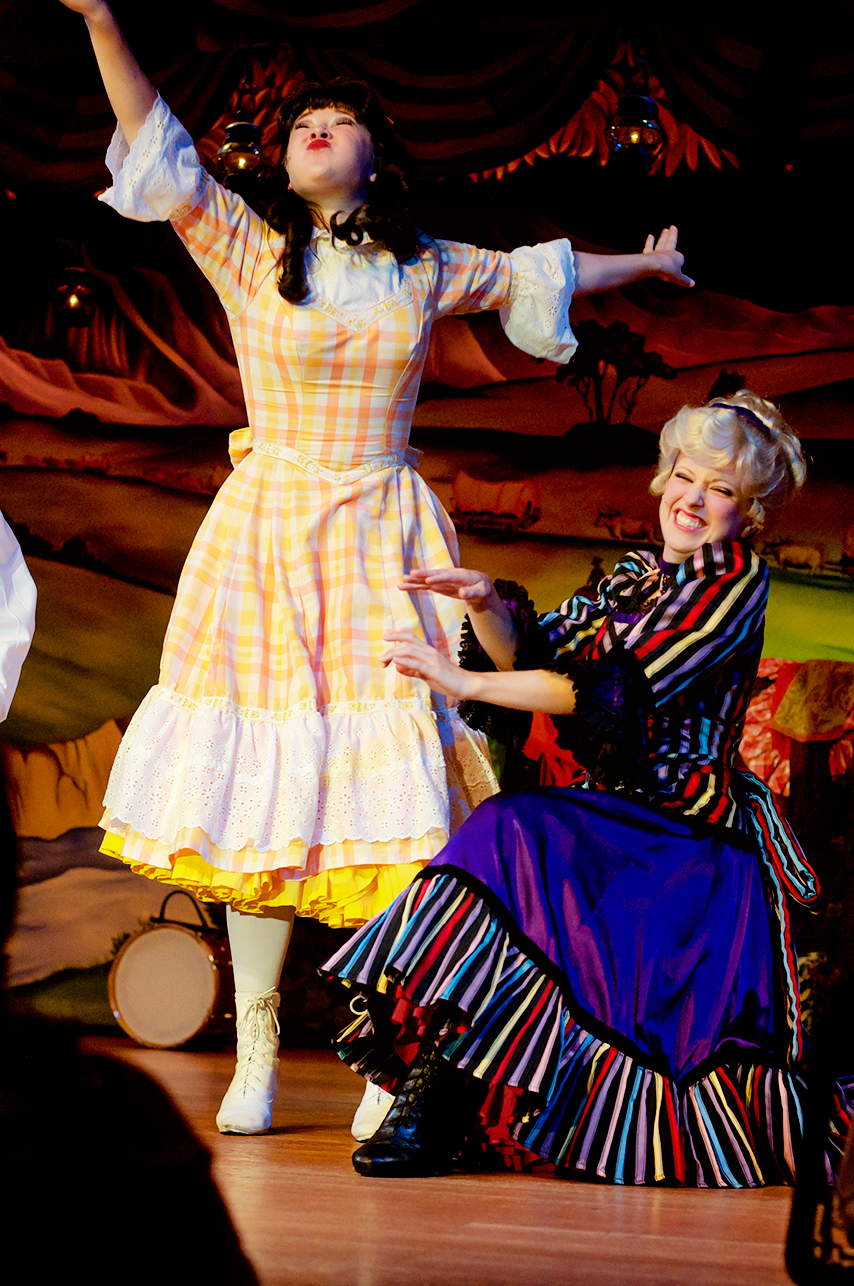 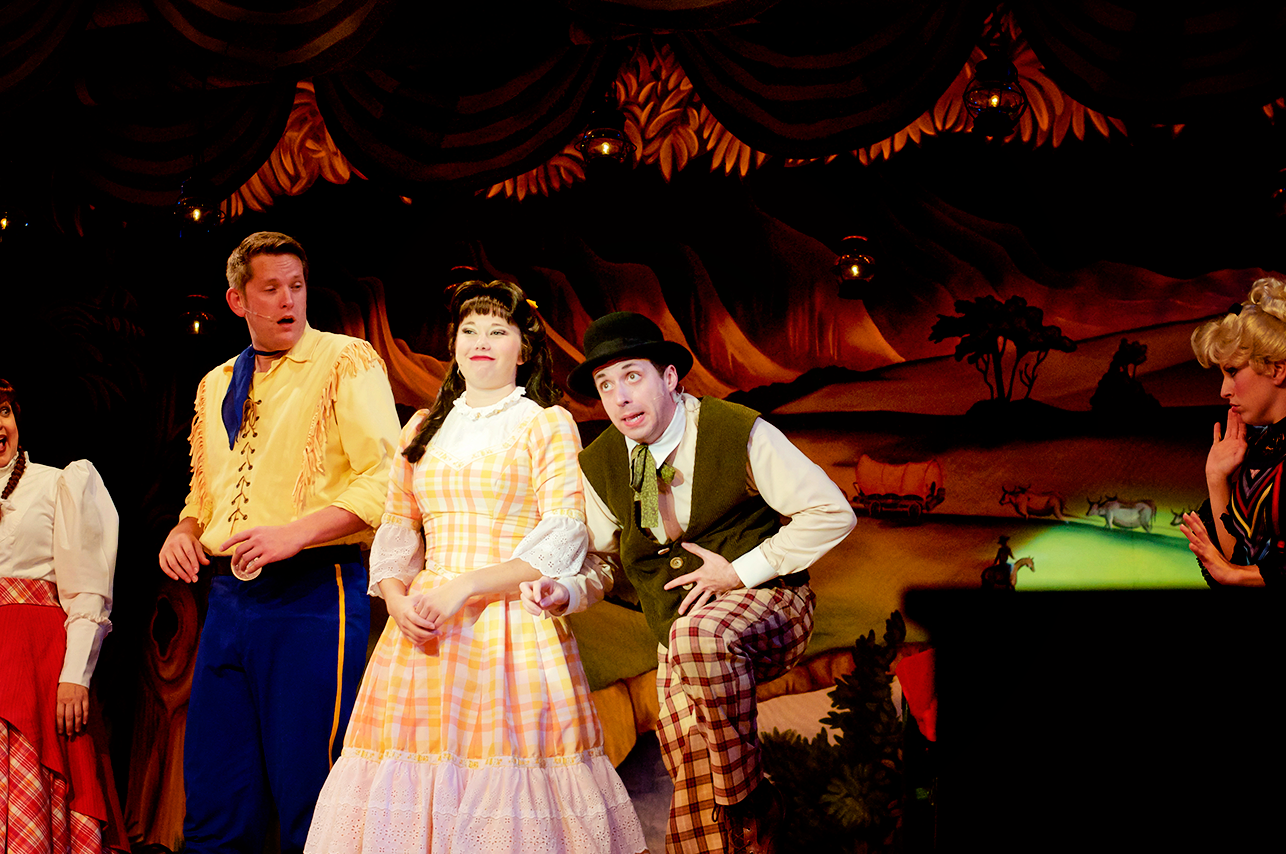 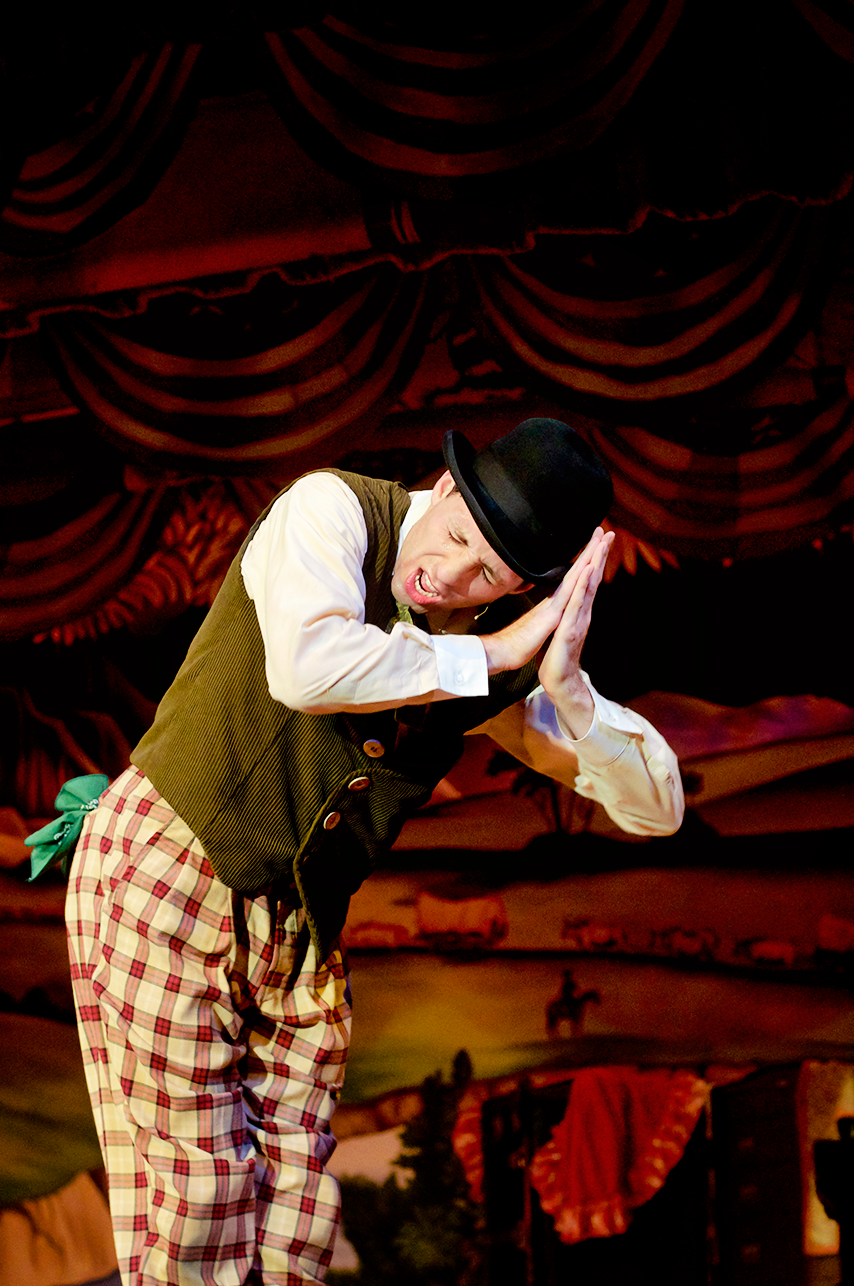 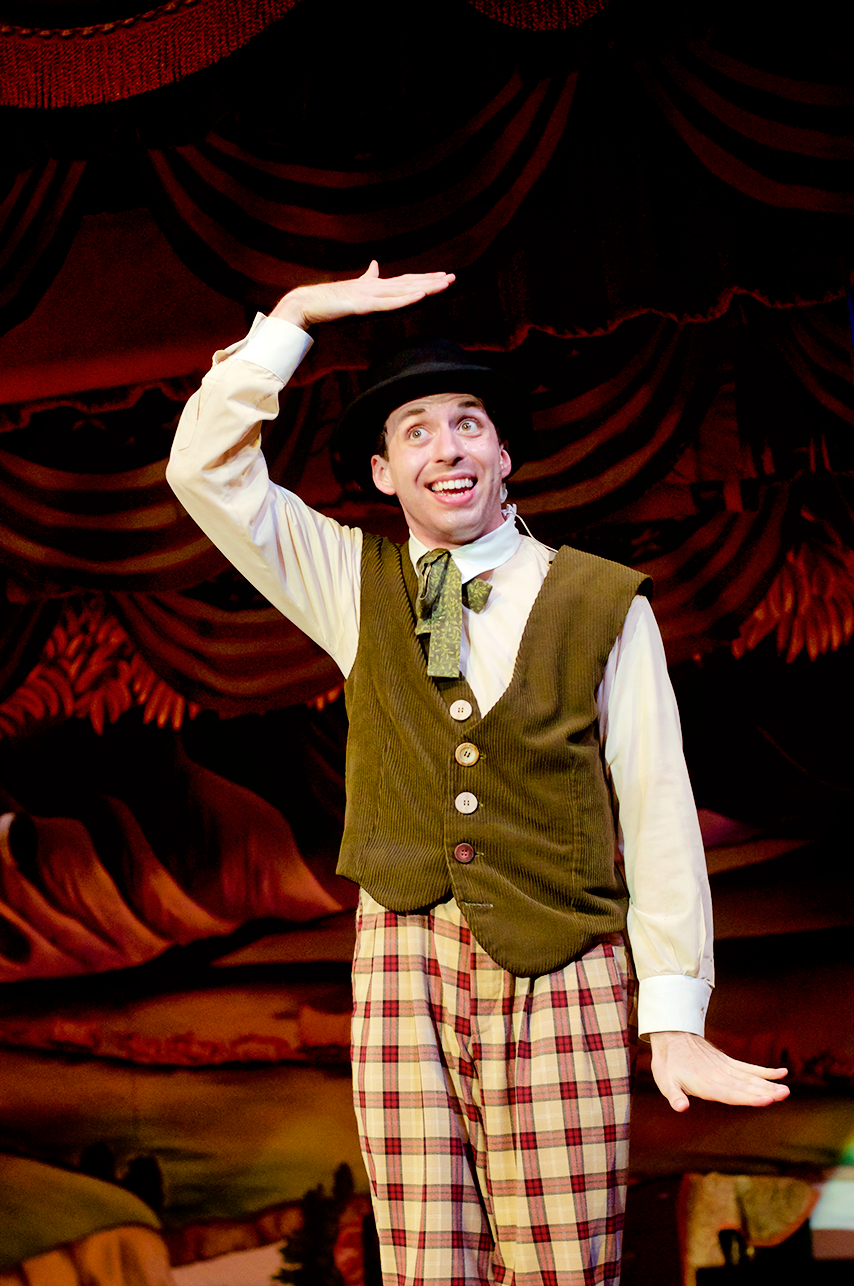