I don’t know how to enumerate how much Connor loves cars. Of the 15 words he knows – three of them are cars, trucks and choo choo and cars is at least spoken every three words. He wakes up in the morning looking for cars and insists on going to bed at night with several cars in his crib (case in point, while I am writing this he turned on the tv, saw NASCAR and is going nuts, “Cars, Cars – whee whee”). So it was a no brainer that Connor’s birthday party had to be cars-themed. And lucky for us, every gift he received had wheels or a steering wheel. He’s in heaven! (and it makes it easier for us, since Cailee is not overly enthused by cars, she pretty much leaves Connor and his cars alone).

For his party, I knew, not only would Connor have high expectations, but so would his daddy, so I decided to put JJ to work, that way if I failed to do the theme justice, some of it would be on him. We found a pretty straightforward idea for a racecar track and JJ was tasked with building it. I think he did a great job and the kids had a lot of fun, racing cars, trucks and even trains through the loops. I went a little overboard when it came to using car terms to derive our menu (stoplight skewers, pitstop pork, carrots and celery with dip were dipsticks, we had gumballs as ball bearings, nuts and bolts, the lists goes on – I stopped short of chasis chicken), but the highlight might have been the cake that had a real working stop light (in fact, 30 hours later, it’s still glowing).

Connor was really lucky to have everyone who is most important to him at the party to celebrate his big day – GG & Gdaddy Herrman, JJ’s parents, GG & Gdaddy Dewar, Aunt Stacy, Aunt Beth, Uncle Dave & Jen, Aunt Emily, Cousins McKinley & Riley, Uncle John, the Hamletts, Miss Tracy, Greyson, and Liam and Miss Anna and her mom.

Besides the racetrack outside and 20+ cars we purchased to go along with it, I went a little crazy with the white & black race check, we had flags and bunting, table cloths, plates, and more. I mean, I love black and white – but it had to come down today, it was stressing me out having all the busyness persist in our home.

I think he had a blast – considering he only had a catnap prior to the party and has been cutting molars all week long, he didn’t fuss one time, he played, played, played, plus he ate three cake pops, really enjoyed a cherry red formula one race car shaped lollipop (see pictures below), raced cars, raced around the house (chasing girls), and loved everyone loving on him. He’s an awesome kid – we are so so lucky he’s in our lives! Ok, but enough writing already – check out these pics. 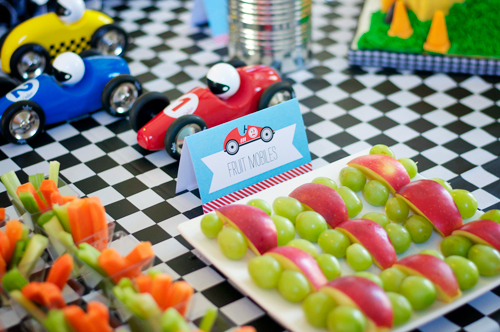 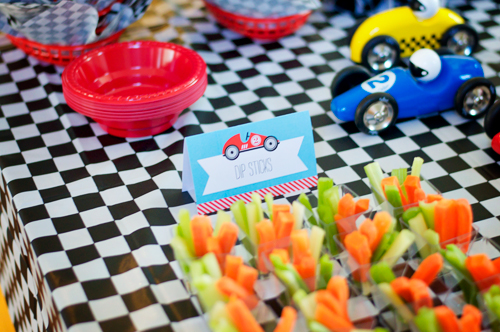 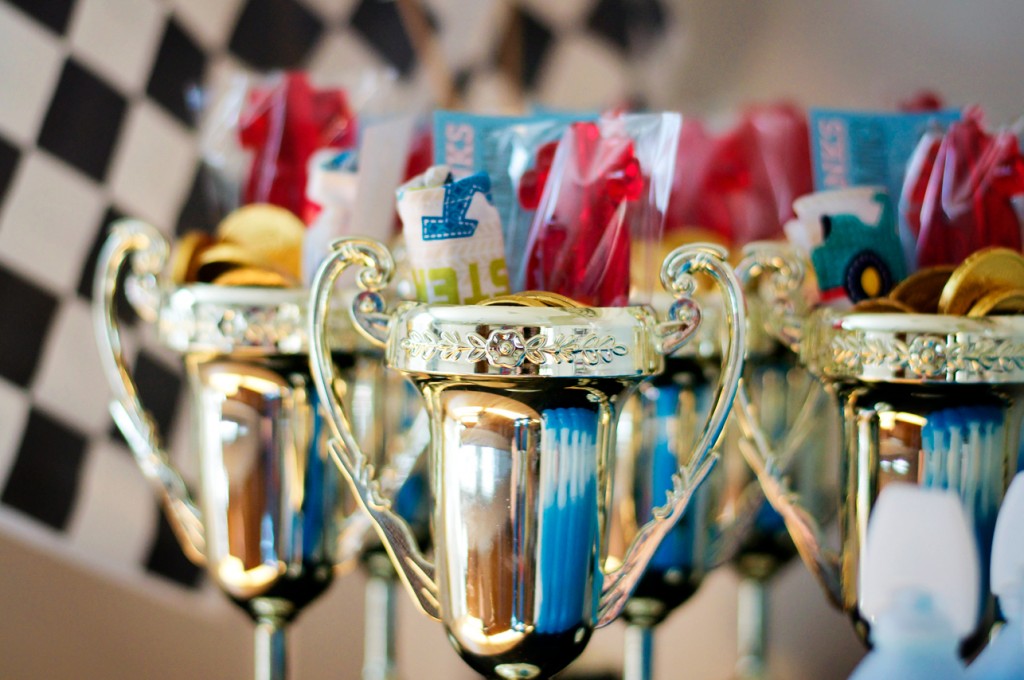 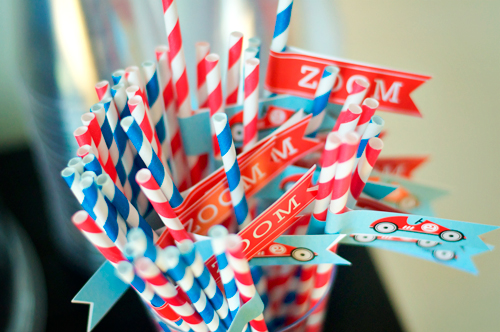 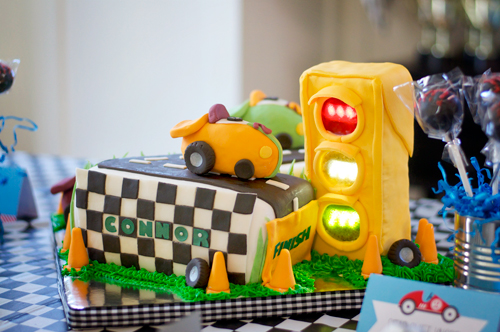 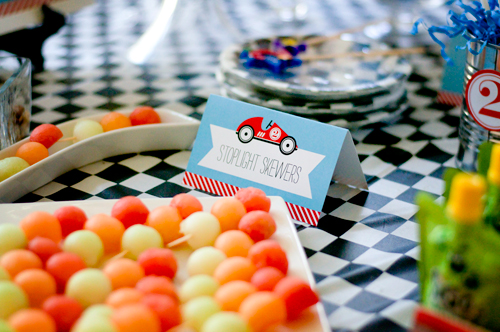 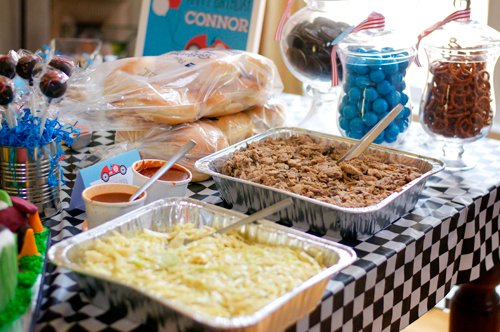 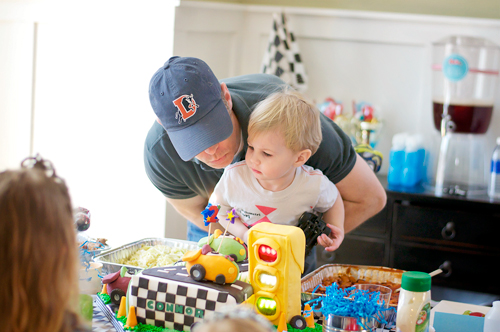 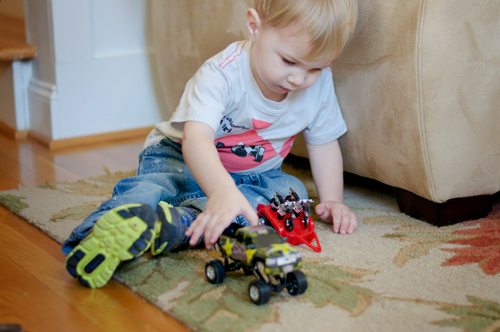 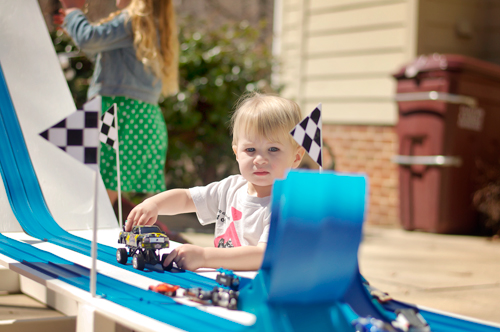 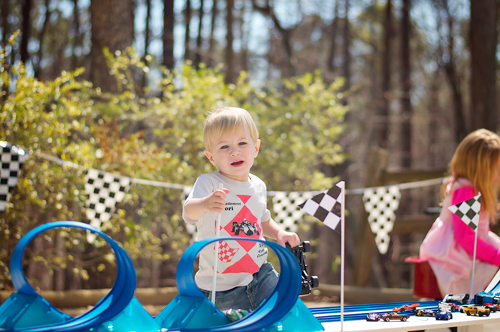 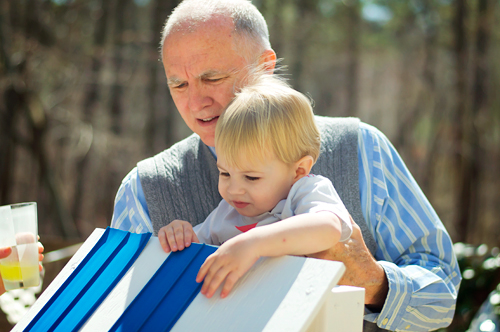 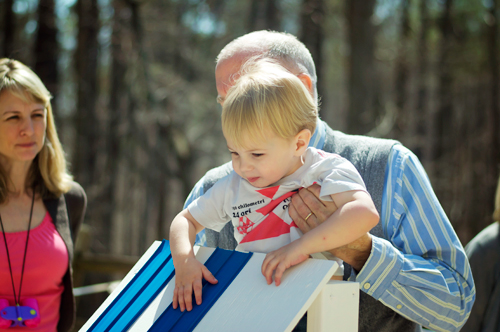 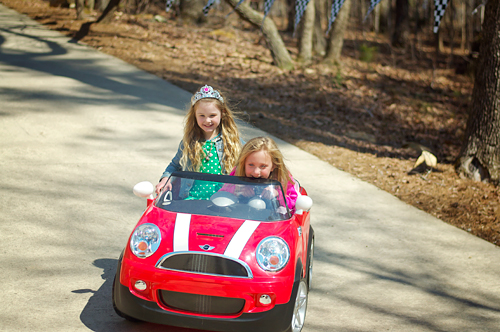 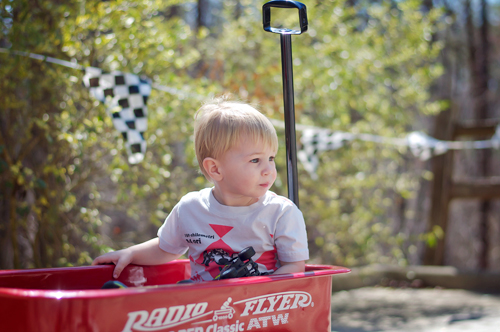 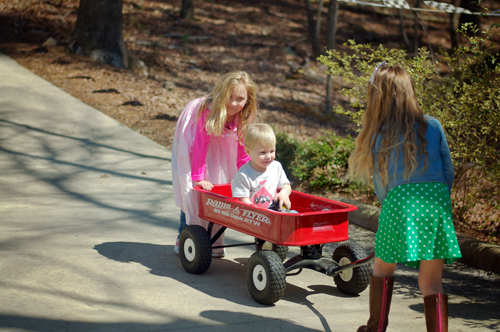 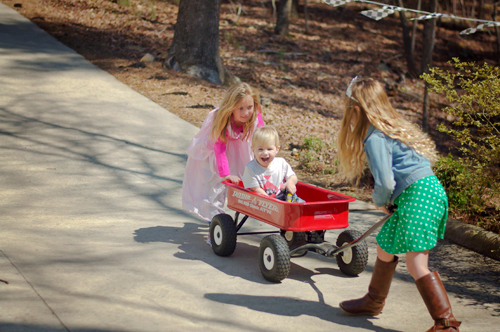 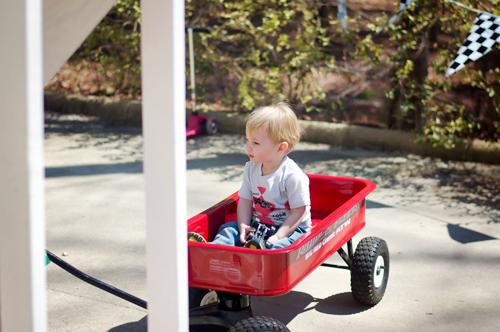 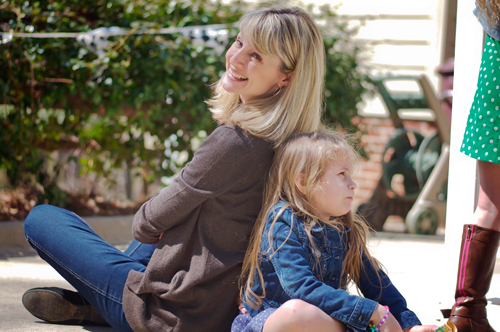 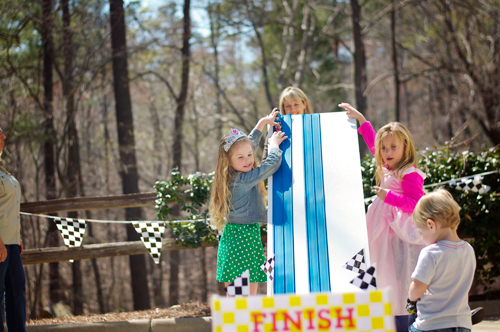 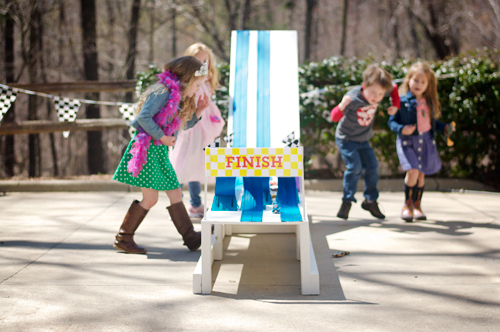 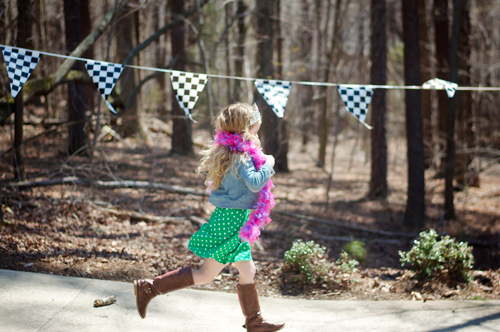 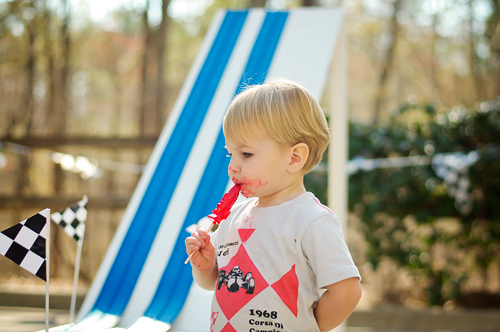 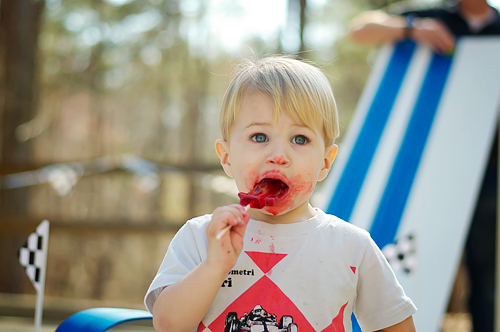 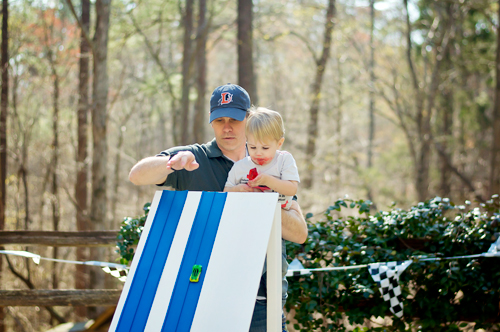 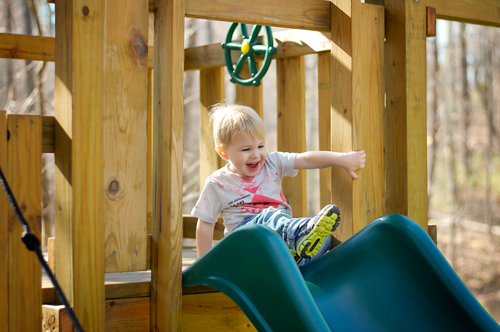 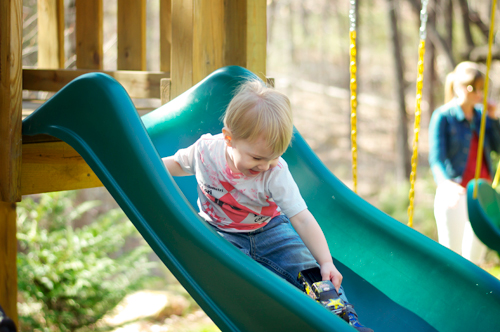 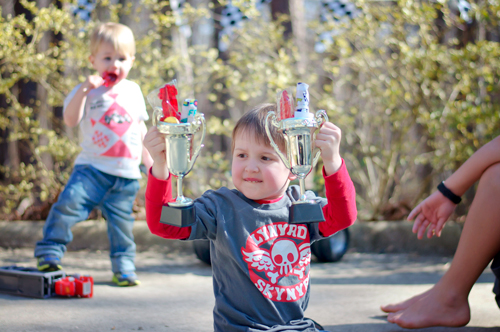