Much harder to catch a pose.

I have been struggling with pictures lately. Either she is on the go and I can’t catch her sitting still or she is more interested in grabbing the camera or phone and won’t generally just sit and look at me – let alone smile. I generally have to have her entertained with something else (note the cup – that’s tons of fun these days).

Its so crazy to look back on the past year of photos and see how far she’s grown. She’s still got her cheeks but definitely isn’t the round baby she was just six months ago. And while she didn’t lose much of the hair (hardly any of it) that she was born with – its really started to grow and thicken up. It won’t be long til she can wear a pony tail. I can’t wait.

One of Cailee's favorite toys these days, not really to play with but to carry around. Its almost as big as her though. 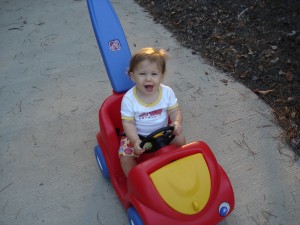 Cailee and Daddy got cheap cars this week. Cailee got a great hand-me-down from McKinley. Daddy got a 9-3 with a bum engine - he fixed it. 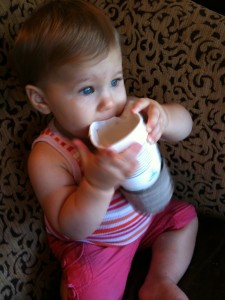 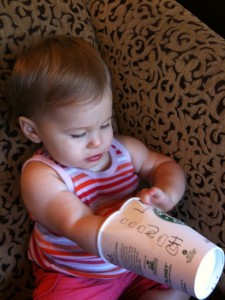 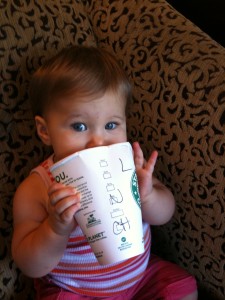 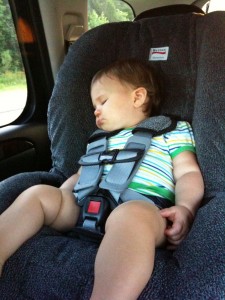 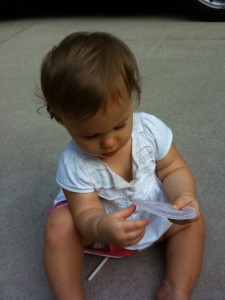 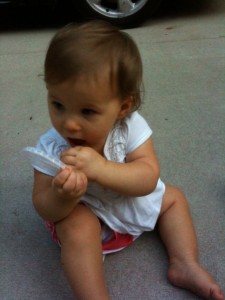 Playing with a cup again.