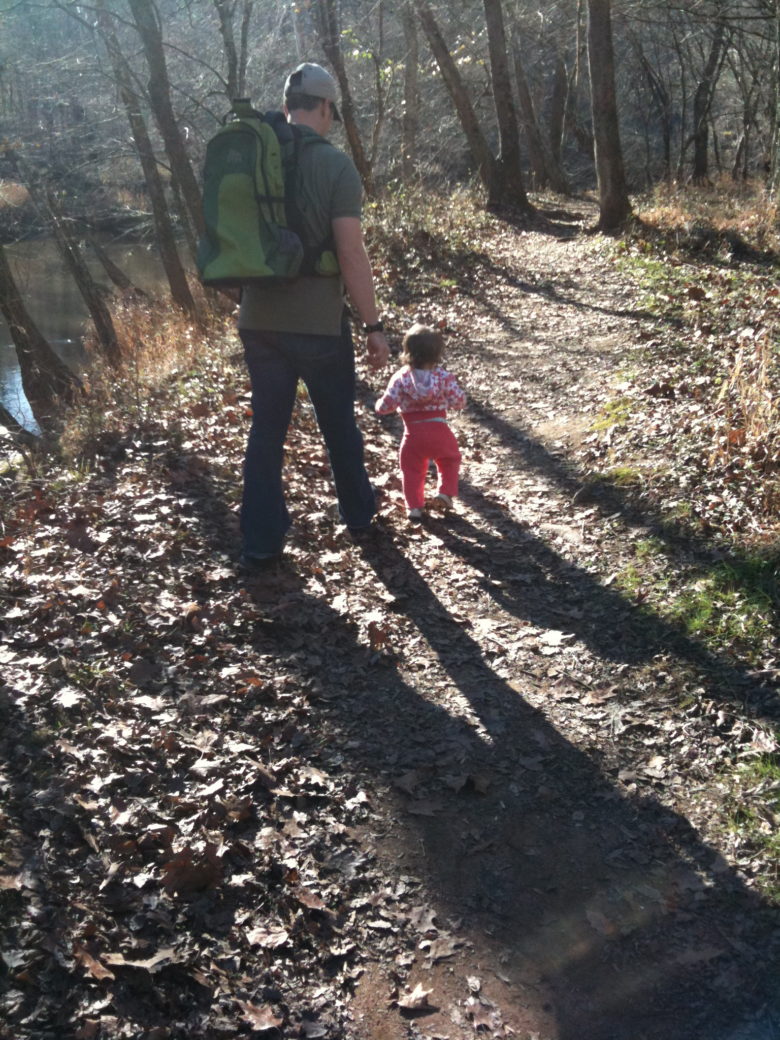 We decided to take advantage of a seasonably warm Sunday afternoon and take a hike at the Eno River. The one thing I didn’t account for was that collecting leaves would be considered much more fun than the actual hike itself. So it was two steps forward, plop on the butt and collect leaves and as Cailee would collect two leaves, two more would fall from her hands so we would repeat, collect two more, lose two. For her, it was quite frustrating but still loads of fun.

We also found a fun tree that Cailee could fit in – I just was a little nervous that other creatures were hiding in the tree trunk as well so we didn’t stay long.