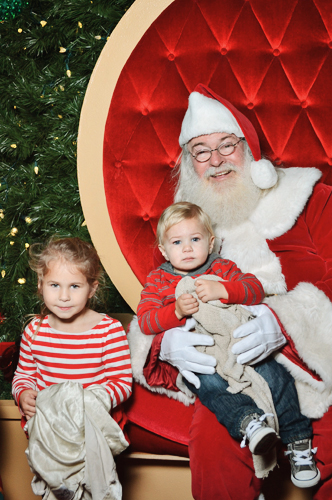 We’ve never done this before but Cailee was so excited about Santa Claus this year that I thought we might get a cute picture of the kiddos posing with Santa. Welllll, not exactly.

Initially, Cailee was looking forward to going to the mall to take the picture and give Santa her wish list, however as soon as we showed up and it was a reality, she started clinging to my legs and hiding behind me. Connor, on the other hand, went willingly right up on Santa’s lap. Typical. No amount of coaxing was going to get Cailee to get without ten feet of Ol Saint Nick. So Connor got his pic and we left for dinner. 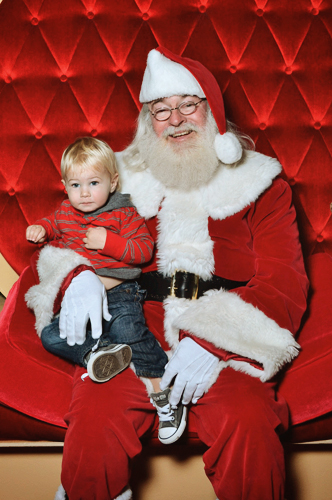 As the evening went on, Cailee softened to the idea (and an ice cream bribe didn’t hurt).

Cailee agreed to stand beside Santa at an arm’s length, but now the tables were turned and Connor wasn’t having anything to do with Santa. Really, there was no winning this charade, in fact Santa didn’t even pose for some of the pictures. Note the blankets – that was the only way to even get the kids on the set.

Now I did consider doing some photoshop switcheroo here as I am famous for – however, I figured it would be much more fun to look back at these pictures and view them according to just how it played out. 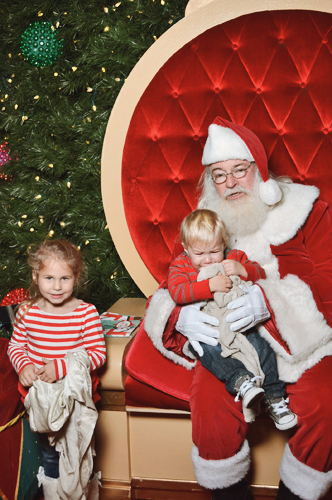 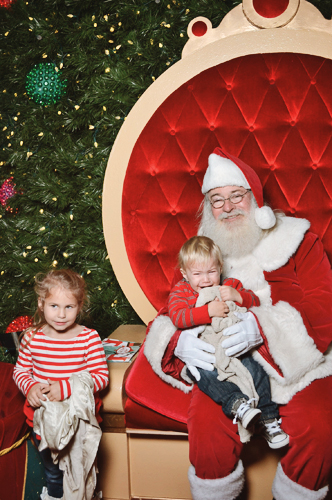 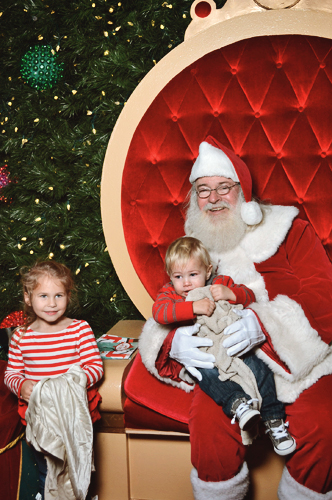 Finally, after several failed attempts with crazy gestures and photo props Connor stopped crying – but we now have the most stern picture with Santa to officially commemorate Christmas 2012. 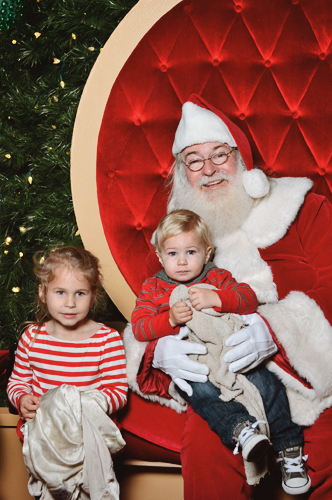 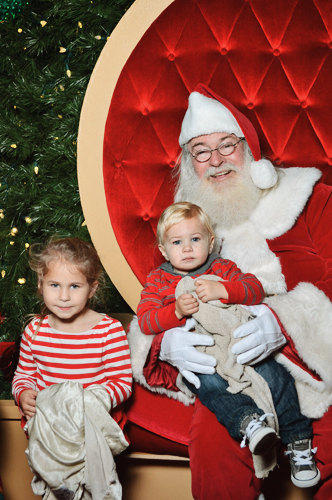