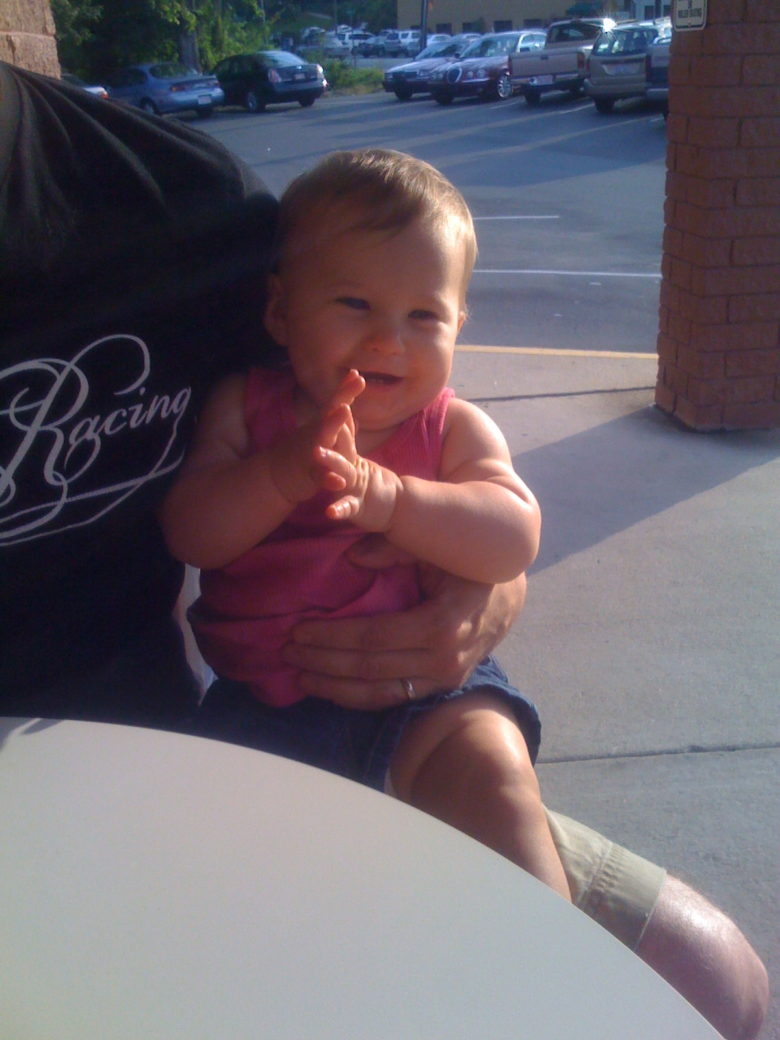 What started off as a somewhat grumpy day – turned around quickly after a few well needed naps. And we ended the day with a bang – or a clap, I should say. While we have been prompting Cailee to clap for a while now – she finally got going on her own and we had a fun 30 secs of of us clapping together. Truly, we were all excited for the pending weekend.

Also somewhat blurry – but equally fun to watch is Cailee starting to play with Lola. She thinks its hilarious that Lola wants her rattle (well Lola has pretty much claimed this one).