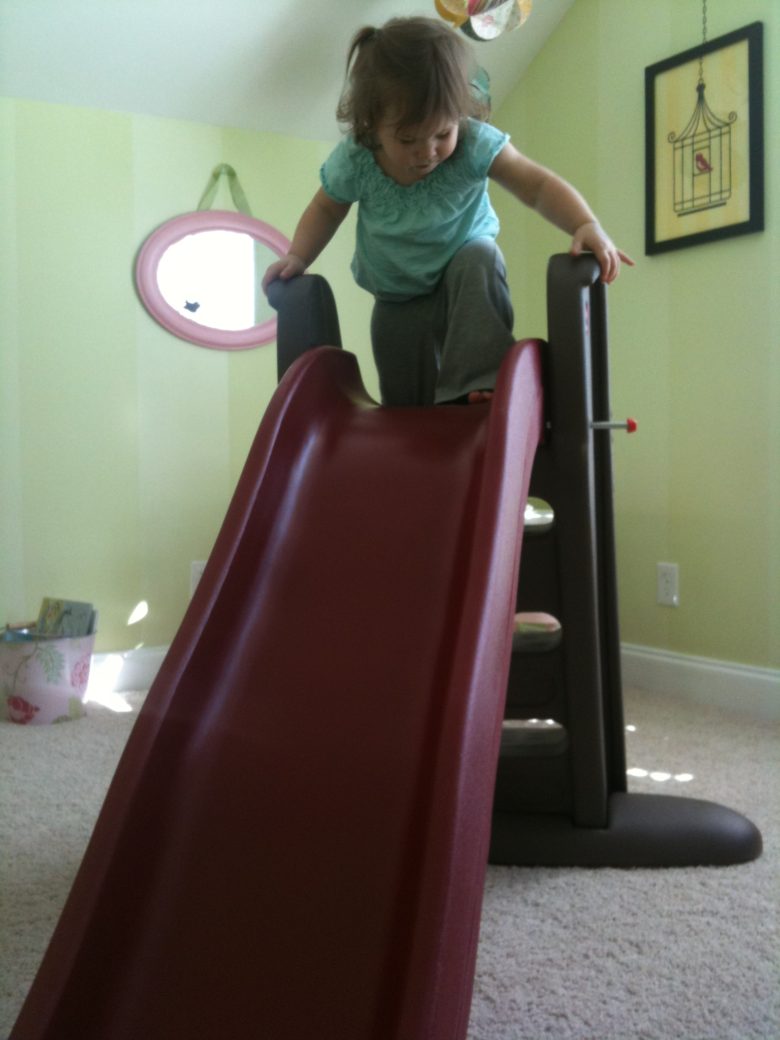 When you take Cailee to any park, whether its the oval park on Club blvd. or the kiddie park at the Chikfila – her favorite activity is the slide. While other kids her age (and this was true even when she was much younger) are very tentative with slides – Cailee had no fear and just throws herself down the slide – in fact – I generally have to run from one end of the slide to the other just to ensure she has the soft landing she expects. And one way of doing the slide is clearly not better than another, there is the “on the belly” position, or the traditional “on the butt” and of course there is the “walk up the opposite way”. All of which seem to bring the same giant smile to her face. So I caved, we can’t always go to the park and she now has a nice big playroom, so I bought her a slide for the playroom. At least for now – it doesn’t match (and that kills me) the decor so, it will eventually end up on the screened porch once the weather is a little nicer (consistently, we’ve had some good weather lately though). She loves it – who wouldn’t – she gets to watch dora AND slide.