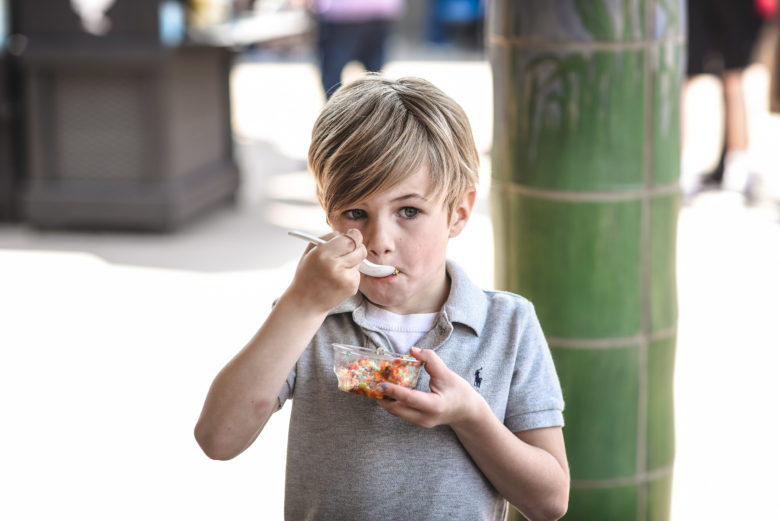 Because we had our trip to Florida already planned, Spring Break was a low key event for us this year, except for the big birthday at the end of the week. To be honest, it typically is. I do my best to take time off to spend time with the kids so they aren’t bored out of their minds, but we generally already have summer plans so Spring Break ends up being at least a semi-working week. It turned out, this year, that Winter has decided to extend far into spring (Spring has been pretty much non-existent so far) so we’ve had a lot of cool days lately, so on the first “warmish” day of the week, I took the day off and we headed to the Zoo – along with everyone else on Spring Break and itching to get out. Of course, best laid plans don’t always work out – I had to move a bunch of things around at work so I could take advantage of the milder temperatures but couldn’t get the whole day off – I had to take a call at exactly 4:00 so we had to plan around that. The crowds didn’t help – I’ve honestly never seen it that bad – we had to park in overflow parking and then there was a massive line to get in. We wanted to start on the other side of the zoo and work our way back – so I think all told we spent an hour working our way to our first exhibit. But once we got going we made good time – making our way around to everything we wanted to see – getting an up close view of the Polar Bear (Cailee’s pick) and the Lions (Connor’s pick).