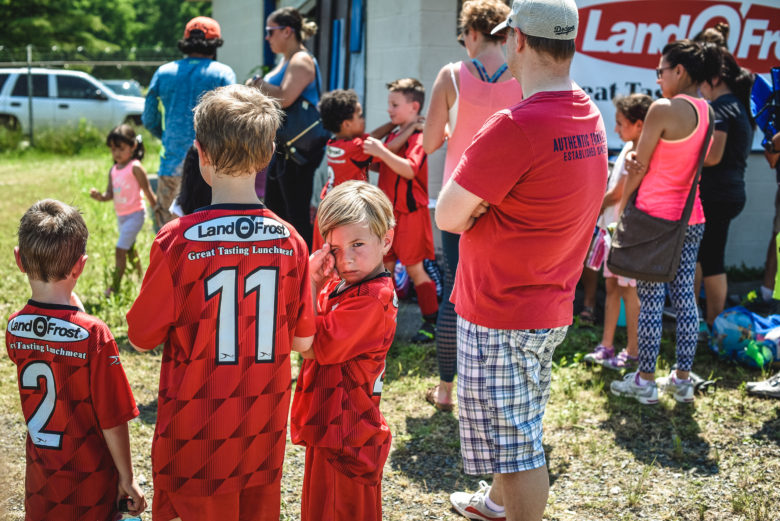 Every year I get surprised when Connor tells me he wants to play soccer. He plays hard but still seems a little scared of the ball – although this year he was decidedly more engaged than last year. That being said, this season didn’t feel like much of a season, between missing time for our vacation, a bunch of games getting rained out, including the final tournament, and most practices the coach didn’t even show up for (he had a sub, but I’m not sure I could have pointed the real coach out until they took these pictures – I guess this is him). The funniest circumstances of the season was the first game we showed up for, he hadn’t made it to practice yet and all I knew is that they were red. However, when we got to the field, there were two teams playing and both were wearing the same excact red uniform. I had no idea which team he was on, let alone how on earth did he know who to kick the ball to since this was the first introduction to his team. Somehow he did/figured it and Connor would still run his hardest – today’s game in particular was no different – and it was steamy hot. It was also picture day and ordinarily I would have bought the professional picture but they were posing the pictures just like you see them, in front of a parking lot blocked off by a prison like chain link fence, complete with barbedwire. They did’t take the picture til after the game, so here he is, with his team, in front of the prison fence, posing with a guy who I think is the coach.