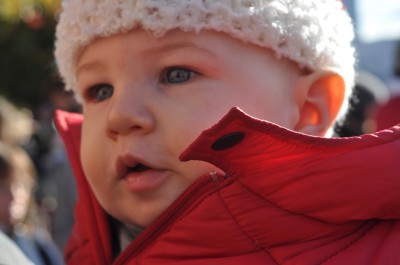 Yes, I agree, its a little odd to the have the Christmas parade before Thanksgiving and its for this reason that we have missed it nearly every year. This year, we expected that Cailee might actually enjoy the parade so we bundled up (only to unbundle by the end of the parade) and headed to downtown Raleigh.

We forgot the chairs, the blanket and didn’t arrive two hours ahead of time (while everyone else did), but we managed to squeeze our way in. Cailee got past the fact that she didn’t have a chair (eventually), had to go potty twice (thank goodness for the church), and eventually found a friend and a front row seat on the curb. She loved the parade, she would grab her friend’s hand and jump up and down for every dance crew, band and otherwise musical float that came past. Connor was decked out in style – but still needs a few years til he can really appreciate the monster trucks and antique motorcars. 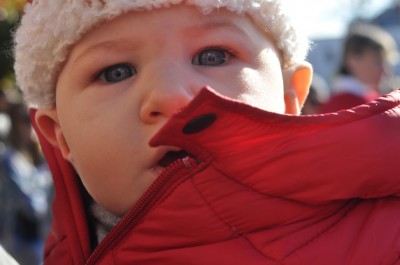 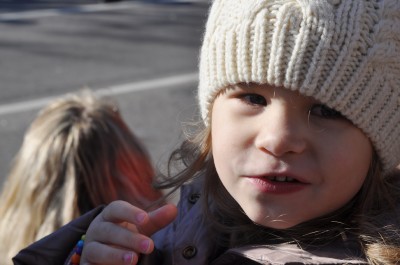 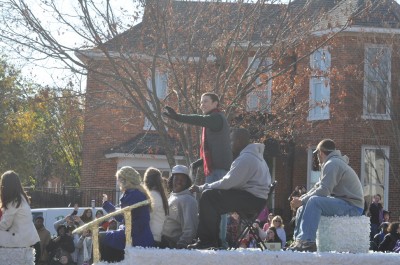 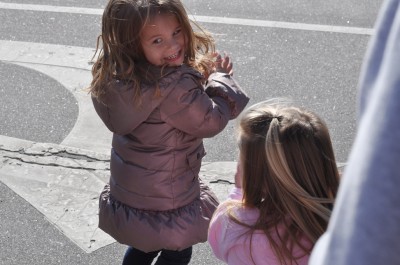