I am definitely a little late in posting this – I have been in Orlando all week for work (which is another post all in itself – it is painfully hard to be at Disney without the family). Today I am heading home (YEAH!) but right in the middle of like a tropical storm – they are expecting heavy rain all day – praying this doesn’t impede my flight.

Over Memorial day, we decided – spur of the moment – to go to the Great Wolf Lodge. We *should* have planned it out a bit more – halfway there we realized that it was a big NASCAR weekend and knowing the lodge was at the same exit, we expected chaos. We did hit some traffic and so it took longer than we anticipated to get there but we lucked out while at the lodge. It was sold out – but I guess most families spent the weekend there and during the day we were there they had all gone to the racetrack. We had a great time at the parks. The kids lasted far longer than either JJ and I expected. Both of them are little daredevils. Cailee did all the adult slides (except the one they wouldn’t let her do). I was shocked – they were kinda nerve wracking for me, surely Cailee would be scared – but she wasn’t. She would get down to the bottom and immediately want to do it again. Personally, I loved the the tube ride that we did together – it was really cute to watch her expressions as she enjoyed the ride.

In our room we had bunk beds for the kids. I was nervous Cailee might not want to sleep in the top bunk but she was all over that. Connor also did ok in the bottom bunk – I think he would have been fine but he did bump his head at one point and got a little scared, waking up not knowing where he was. So he joined mommy in bed and daddy eventually found his way to the bottom bunk.

I didn’t get a lot of pictures because as much as I would have liked to – I didn’t want to risk my camera around the water (JJ watched one guy drop his iphone right in the water). But here’s proof we made the jaunt.

At dinner, after day one at the park, this guy was awake one minute… 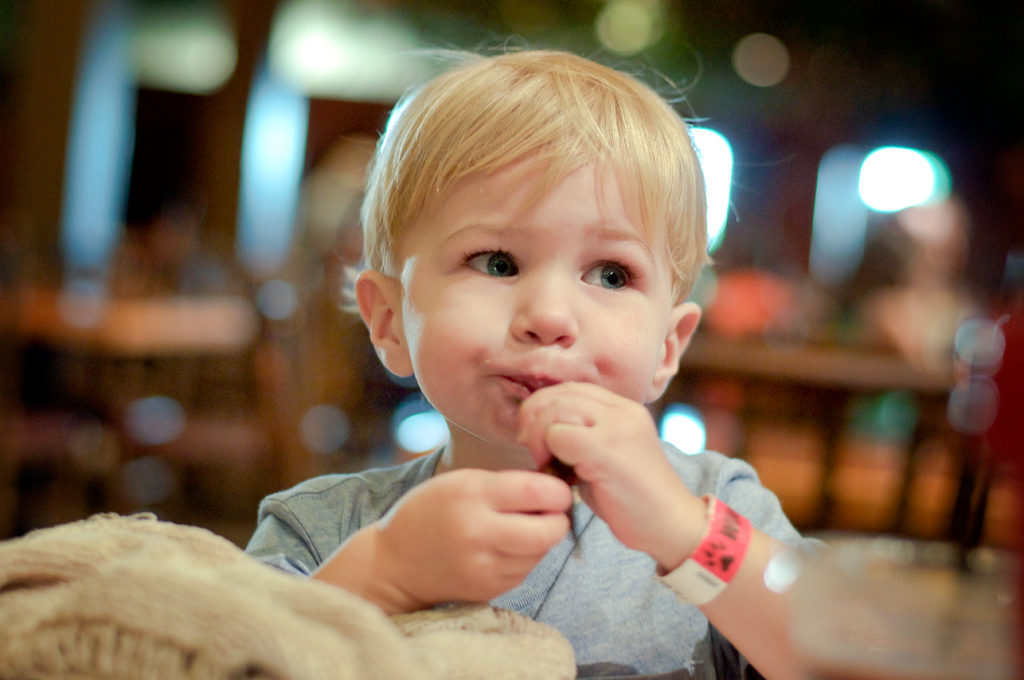 and snoozing the next. 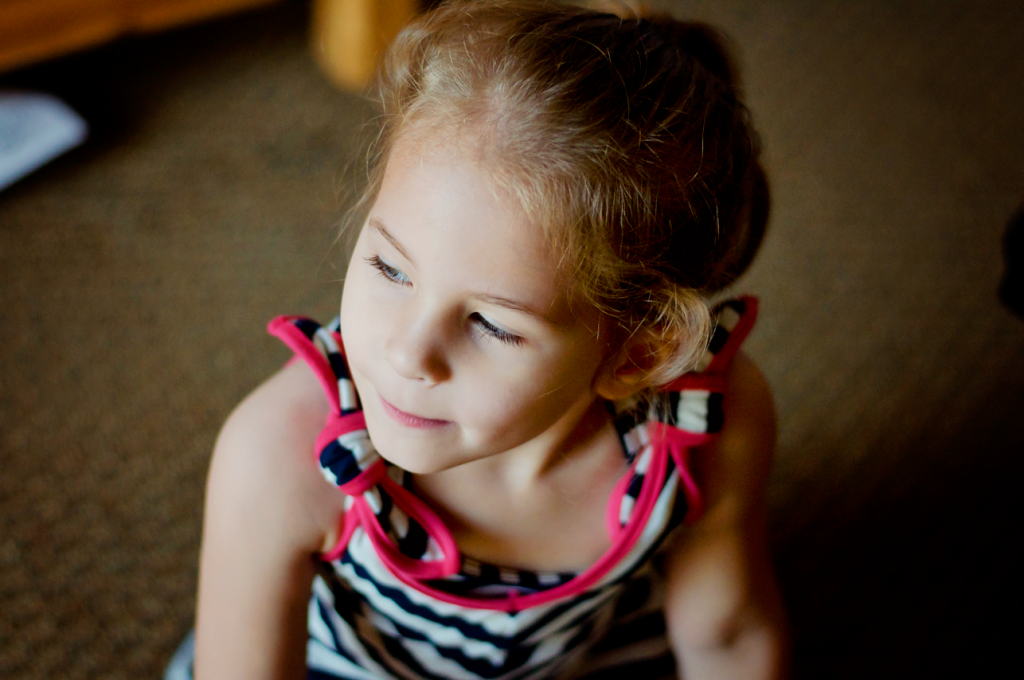 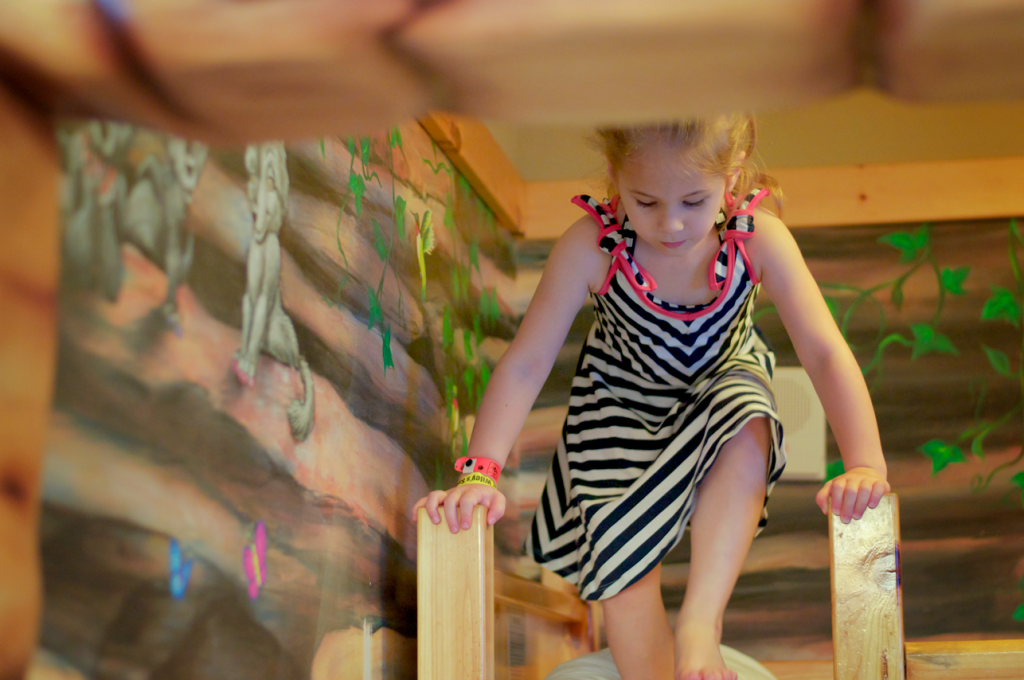 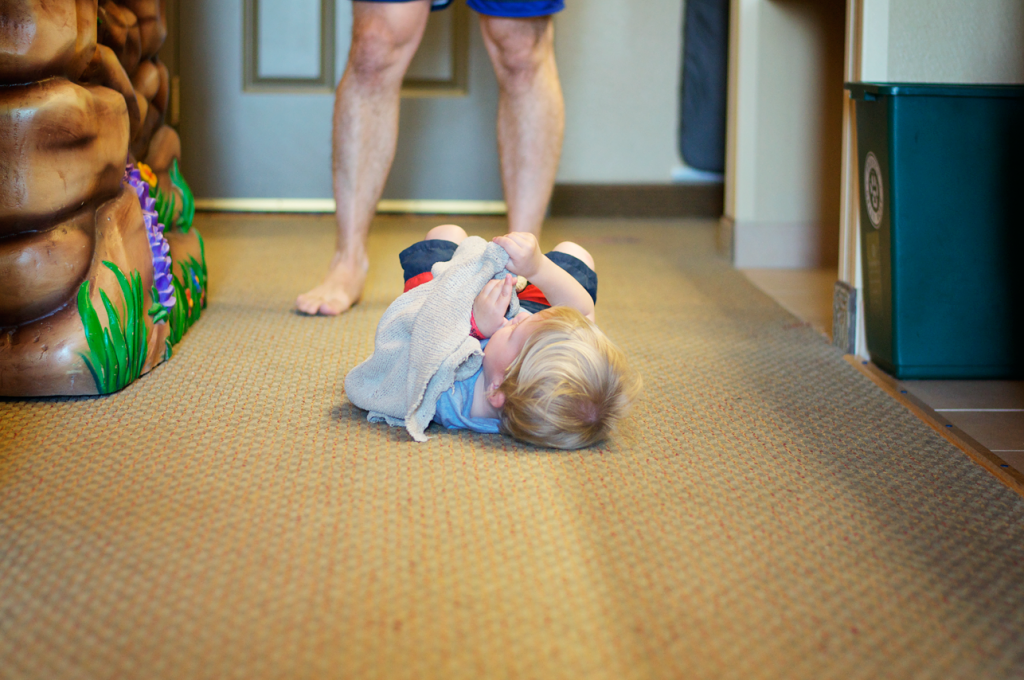 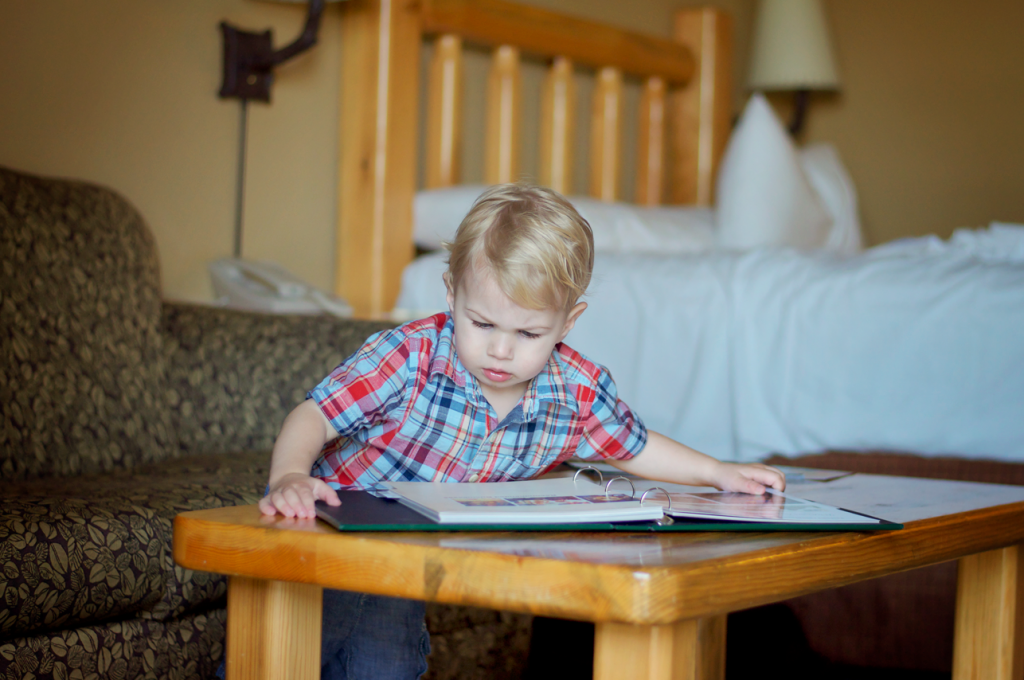 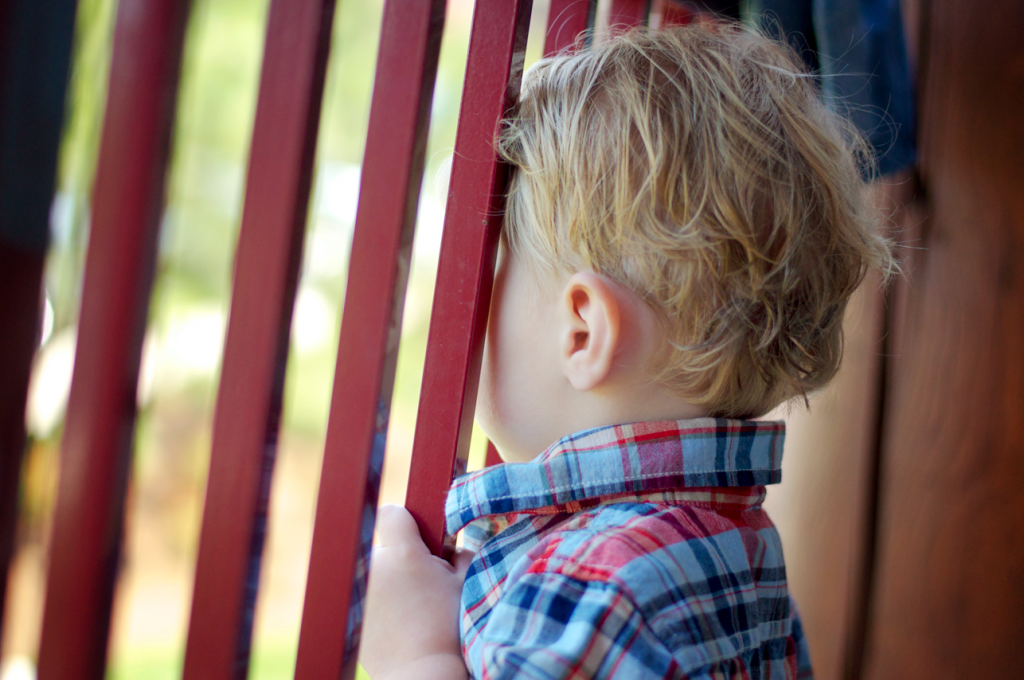 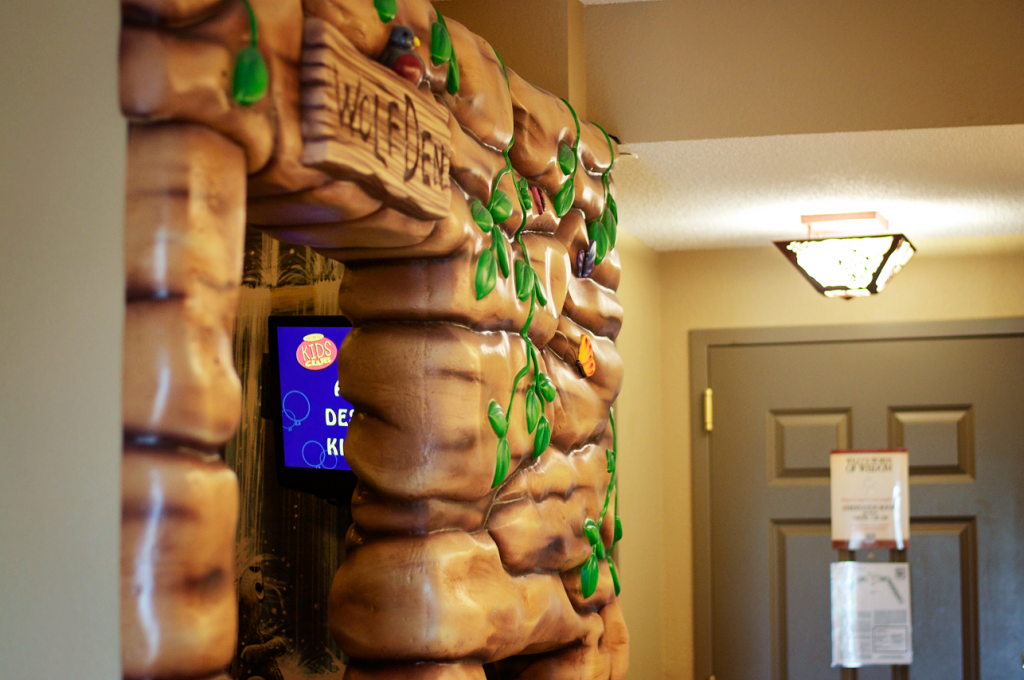