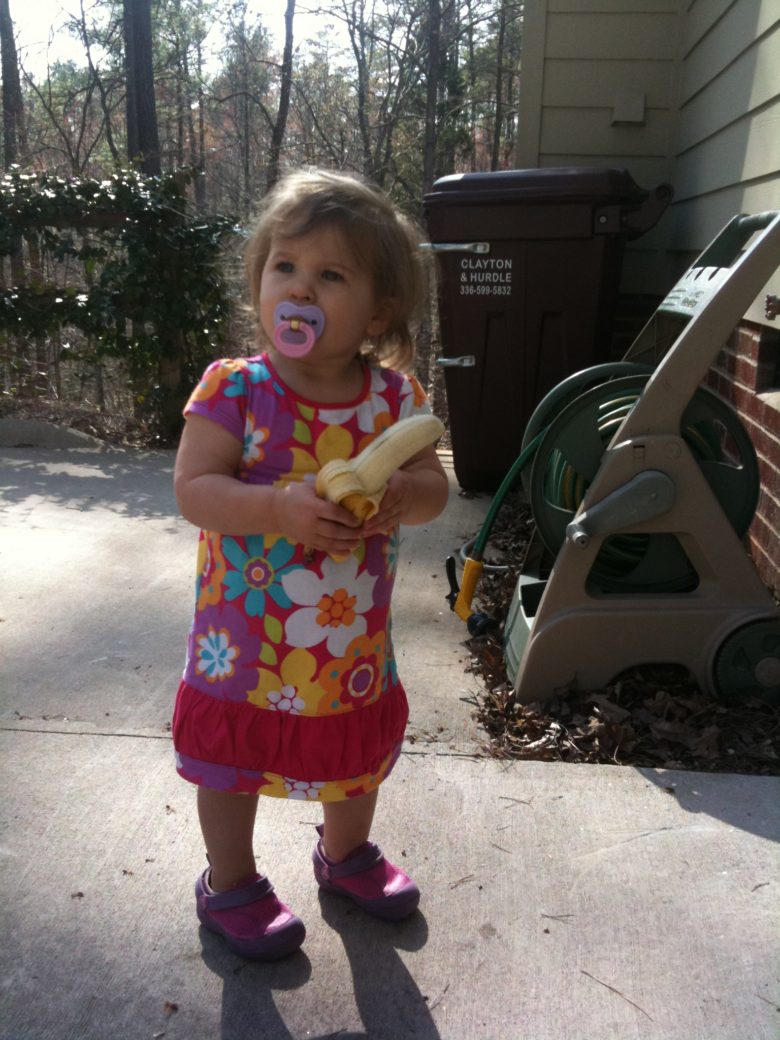 So there are really no excuses for the lapse except that life took over – which seems to be the most common topic of this blog. It just felt that the longer it had been the harder it was to come back – so this is a big step. Maybe it was just overwhelming, I almost don’t know where to begin and I am sure I won’t do it justice and some day, twenty years from now I may regret that but putting all that aside since its twenty years from now – I’ll get down to the order of business. A lot has happened, as you can expect, time passes by much too quickly with an almost two year old.

Cailee is officially 18 months as of Friday (March 12) and she is growing by leaps and bounds. Everyone says she is getting taller, I only recognize it officially because she is outgrowing all her clothes, I am sure I will get the official details on Tuesday at Cailee’s next doctor appt (and officially the end of immunizations until Kindergarten).

Even as active as Cailee is (and I can’t emphasize that enough), the belly is still a fixture around her middle (and we love it – all the more to tickle) but ultimately we have to get into bikini shape (and the beach trip is planned and booked) so I am currently investigating the local gymnastics programs. The goal is to burn off some of that energy. I’ll have to keep you posted on my progress to that end. Luckily as the weather is growing warmer, Cailee is itching to play outside and even a run or two up the driveway a day is a good workout.

I would be remise if I didn’t mention the biggest news of all. The ROOM! its finished and perfect. It has a giant window, and tons of sunlight floods the room. Its full of toys, and everything a toddler might want – or so it seems – spoiled, is the word that comes to my mind. JJ certainly did all the heavy lifting – of which there was a lot – and I got to decorate – of which costs a lot 🙂

Here are some pictures. I think any house projects are officially done for the year or five years. I have worn out my honey do list for quite a while (but let the record show, once and for all, it wasn’t my idea in the first place).

Cailee still sleeps well (I write this as she is crying herself to sleep right now, which is unusual – it might have something to do with daylight savings that occurred last night). She goes down about 8ish and sleeps good til 9 am some mornings. I love it. I use every last minute of down time to work, and catch up on everything I have to get done around the house. If she was an early riser, I would be in trouble. I am even fortunate to get another two hours during the day as a nap. I couldn’t ask for more.

We seem to be a bit stalled when it comes to eating and talking. We were saying some words and now its more gibberish then anything. I know its there – she talks a lot – its just in her own language and I love it. We are still working on the real stuff, and one day, I know it will just connect. Eating, same story, loves snacks, and mom’s grilled cheese (which is a boost to my cooking confidence) all the time, peanut butter and nutella, bananas and chefboyardee on occasion and everything else is just hit or miss. Note to self – if there is a next time around – don’t start the baby on cheesy puffs, that’s all she will ever want – breakfast, lunch and dinner and every snack in between.