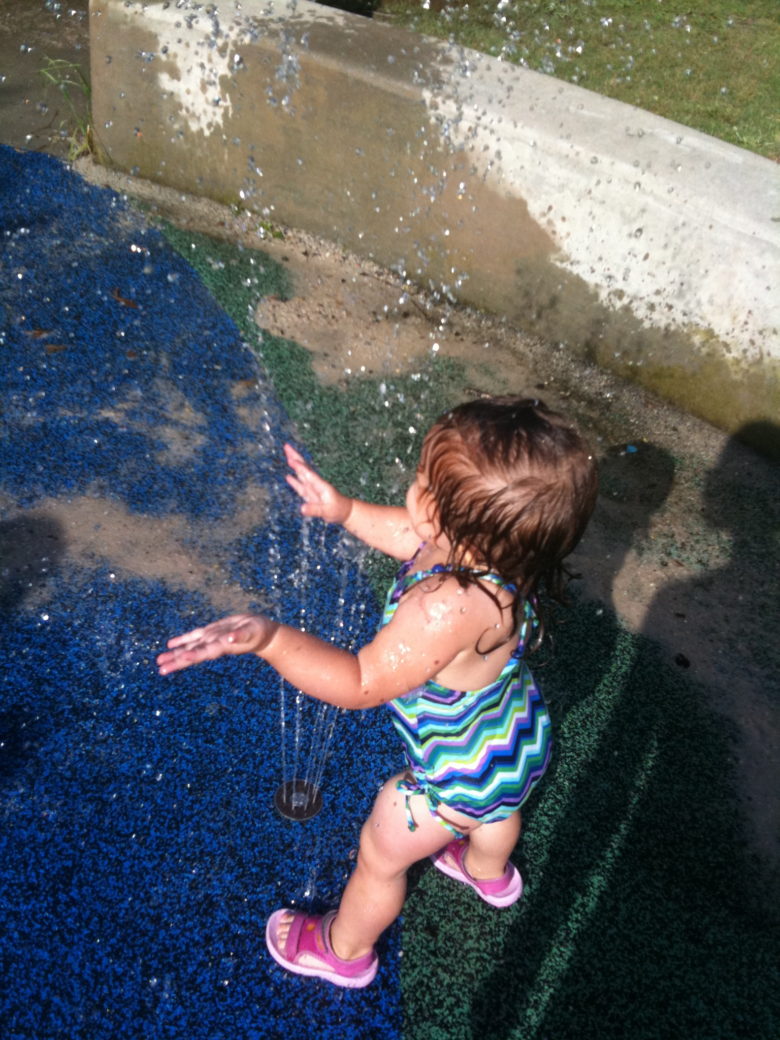 Warm weather doesn’t slow us down!

Well I should classify that… it doesn’t slow Cailee down. It certainly slows JJ and I down. I swear she is our little energizer bunny. We did our best to keep her busy though, which made the weekend just fly by. On Saturday, after running some errands and taking a nap (mom excluded) we took Cailee to the Durham sprayground. Its really just a bunch of sprinklers in the ground – but it was loads of fun for Cailee as we expected it would be. She really enjoys the water and this was the best of both worlds with a playground right beside it – so we spent the time running back and forth between the sprayground and the playground. We ended the trip with a ride in the swing – always a favorite. I am more and more impressed with how Cailee interacts with other children. Even though she was the smallest child on the lot – she held her own – and stayed out of the other kids way. She’s very quite polite and just smiles at the other kids. She was a hit with the parents as well, especially since her antics in the water are quite amusing (she likes to hit it and try and catch it – she’s a bit of a spaz). I will say though that it helps to have many eyes on her as she moves way too quickly for JJ and I to keep up with her.

Look at that face!

Here’s the best I could do to catch her in action without getting the phone soaked.