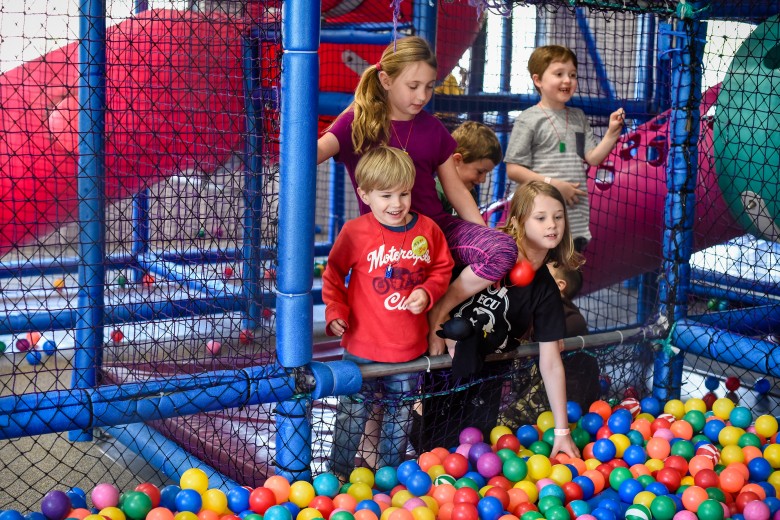 So it goes against everything I beleive in to have a birthday party somewhere where I don’t have complete control of every detail, but life has just been so nutty this year, that simplifying is just what my sanity called for. Wheels is not exactly my favorite place to go (it occassionally attracts the wrong kind of audience, could be a tad bit cleaner), but the kids sure love it and that’s what counts right? It’s a “climbing gym/arcade/ball pit.”

Connor wanted a Lego theme (well that’s what it was when I started planning it – it changed several times since then but he seemed pleased with the Lego theme at the end of the day) – so I was able to get all the decorations (truly my favorite part) and Wheels took care of the food and drinks (not my favorite part).

You guessed it – he got lots of legos for his birthday – you should see the lego table now – we must have every vehicle (cars, planes, trains and boats) they ever made and then some.

The only thing I didn’t account for was the amount of $$$ the older kids would want to spend in the arcade. Cailee thought she needed to get everyone a toy out of the toy claw machine – and while that was a grand gesture – I do believe it turned into a GRAND$$$ gesture. Oh well, Connor only turns 5 once (and we don’t have to go back for a really long time) – Right?