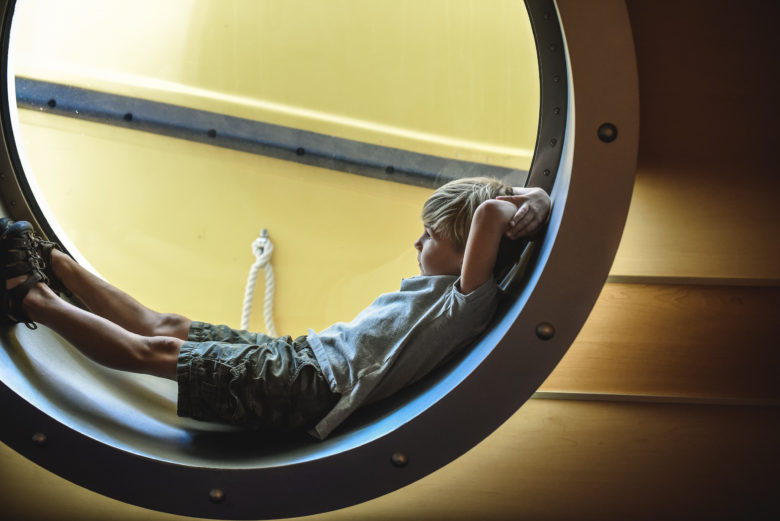 All Aboard! Cruising with Mickey

Today was the day, man, was Connor excited. I was so worried he was going to not enjoy his time at Disney because he was so excited about the cruise but he took it all in. We got up early and took a limo service to the port. We had heard to get their early – but even what I thought was early was different than what everyone else thought was early. We were like group 6 to get on – maybe that was still good but it seemed like a lot of waiting around. I wonder if they prioritize returning families? The process wasn’t too painful though and we were still early enough that we got front row seats at the pool. The pools are pitifully small – makes no sense but I guess normally they don’t have everyone at the pool. Cailee spotted the free soft serve ice cream and I think, even at the end of the trip, if you asked her her favorite part that would be it. I think she was enjoying 10-12 ice cream cones a day! Really maximizing that “I’m on vacation” mantra.
Connor wouldn’t admit it but I think he was enthralled with the size of the boat. Dinner is on a rotation so you get the same table number and same table mates, even same servers every night but you rotate to different restaurants. Our table mates are from Canada and have a 6 and 9 year old girls. Cailee and their daughter immediately hit it off – which was just great! Halfway through dinner the kids can go to the kids club, our kids did that the first night and reluctantly their new friends tagged along. From there on out – that’s all they wanted to do and we got to eat desert in peace! WIN-WIN.