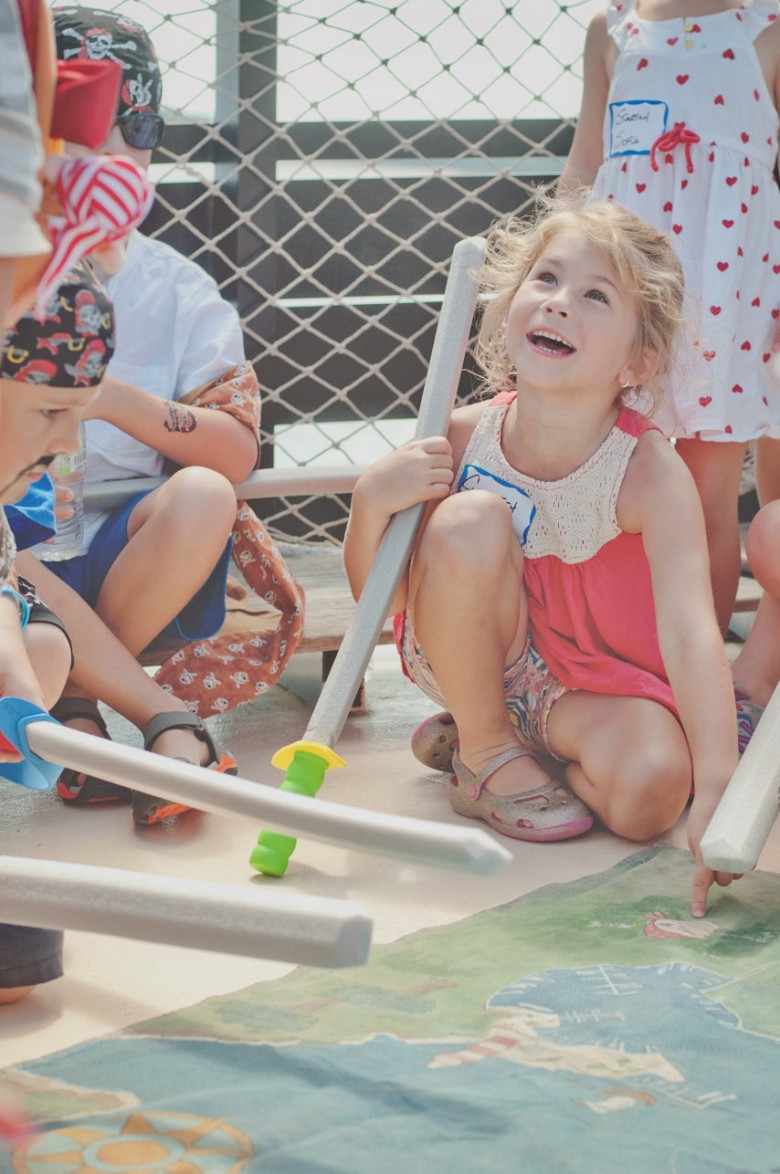 Thanks to a great recommendation we went on the Pirates of Hilton Head excursion. The kids were a little tentative at first (surprise, surprise), although Connor did agree to get his face painted. They were each given a pirate name, we are now the proud parents of Chickenwing Connor and Cuddlefish Cailee and timidly boarded a real pirate boat. Thank goodness the host was great, and paid special attention to my nervous ninnies, so before long, they were totally into the gig.

The kids scouted out clues in the water, got to shoot water cannons at “Stinky Pete” – Cailee had great aim, eventually sending Stinky Pete overboard. Connor wasn’t convinced. According to him, Stinky Pete wasn’t a real pirate because he didn’t have a hook for a hand and so he refused to shoot him with the water cannon and just waved at him instead and of course, partake in some of the treasure they discovered.

The highlight, hands down, was leaving with “real” gold (according to Cailee, these plastic coins were real gold because they weren’t chocolate) and lots of jewelry and plastic toys. 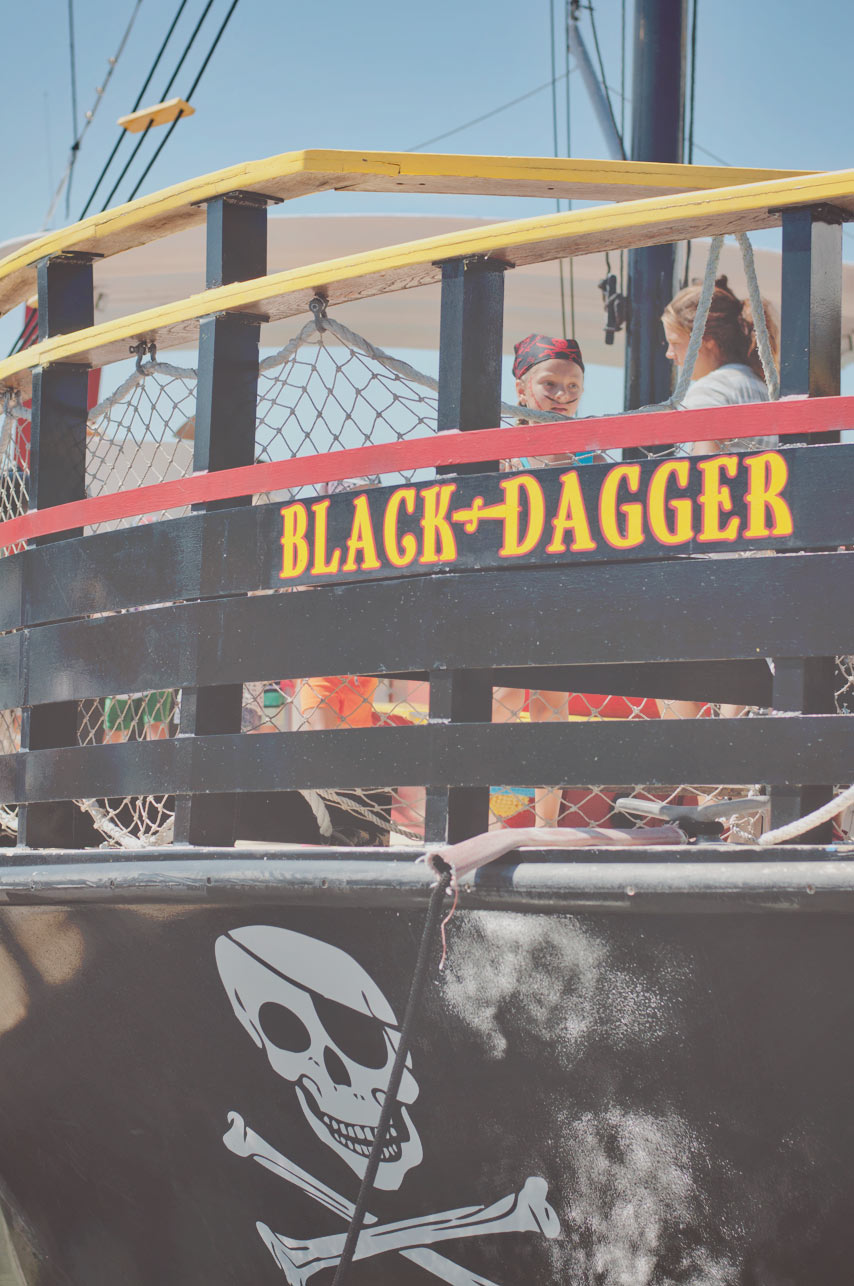 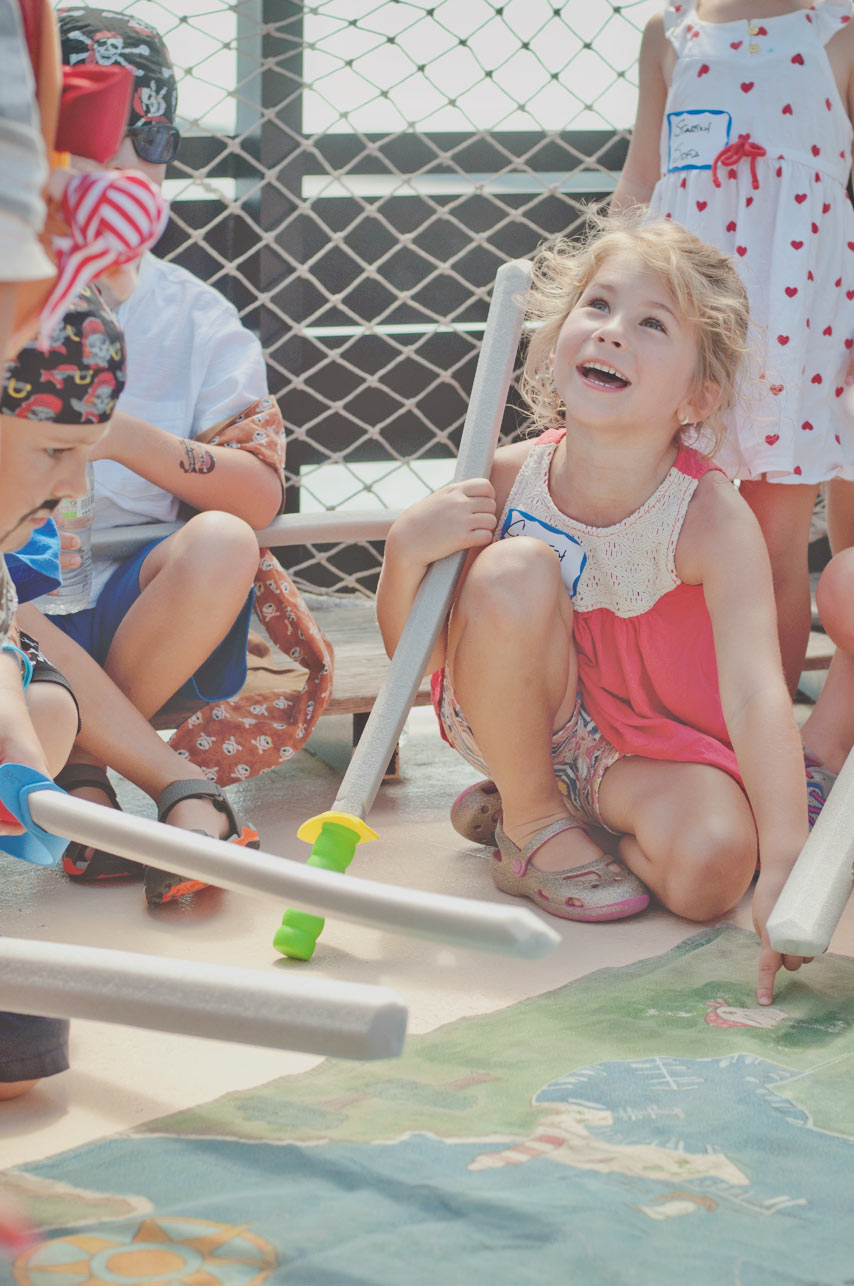 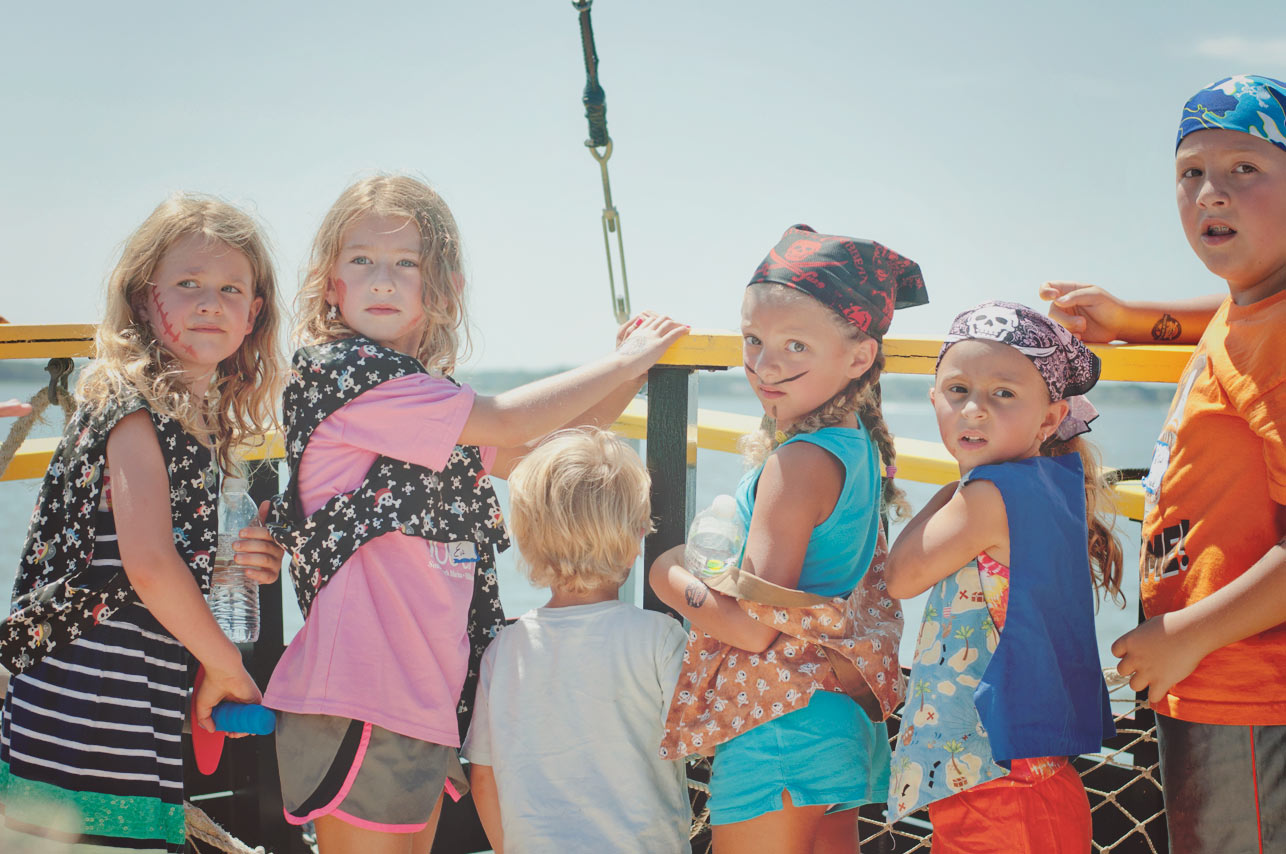 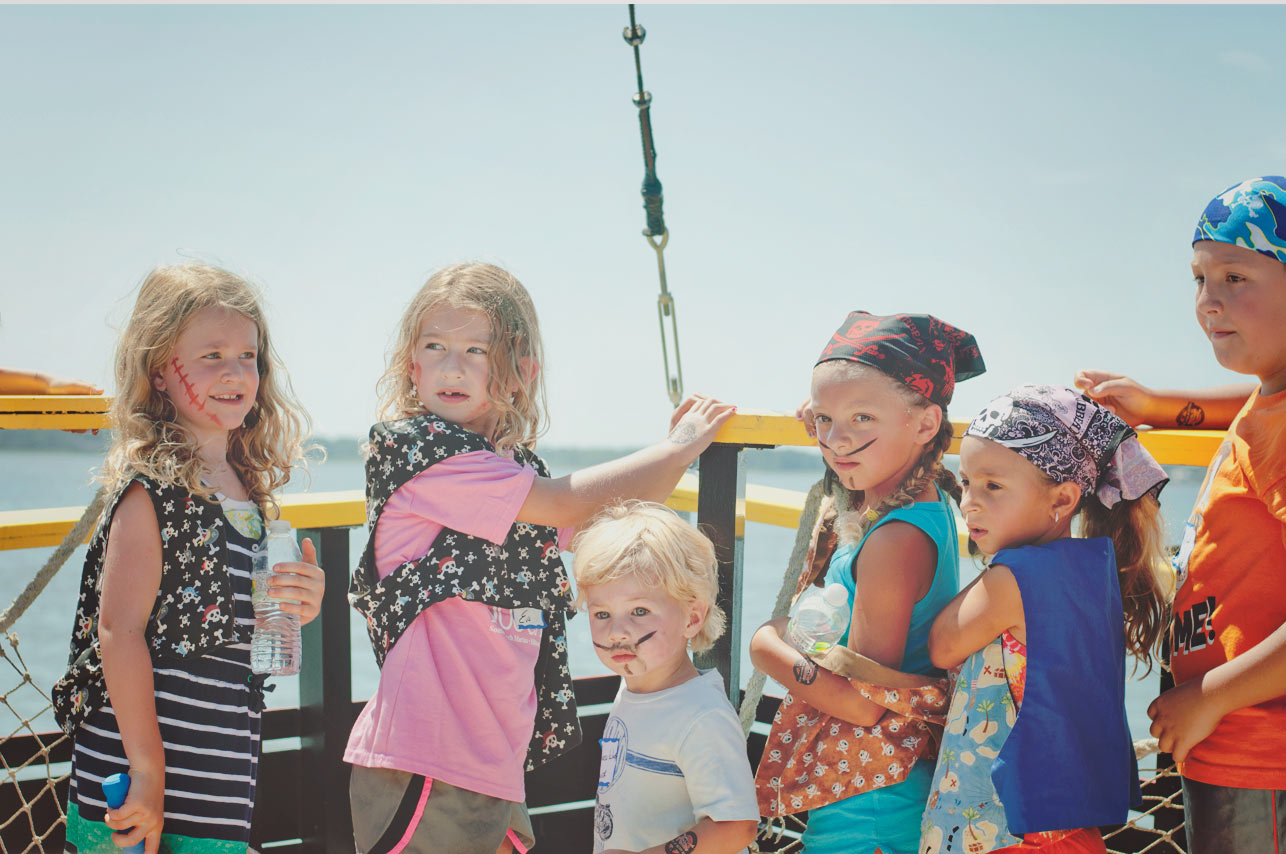 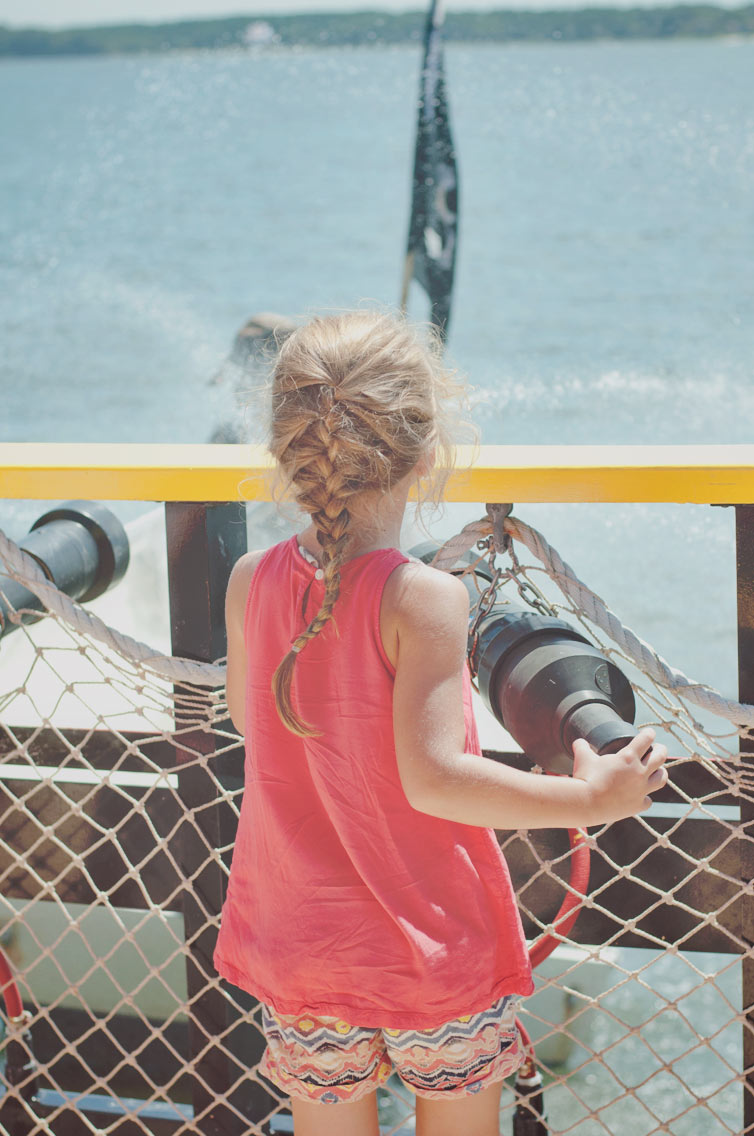 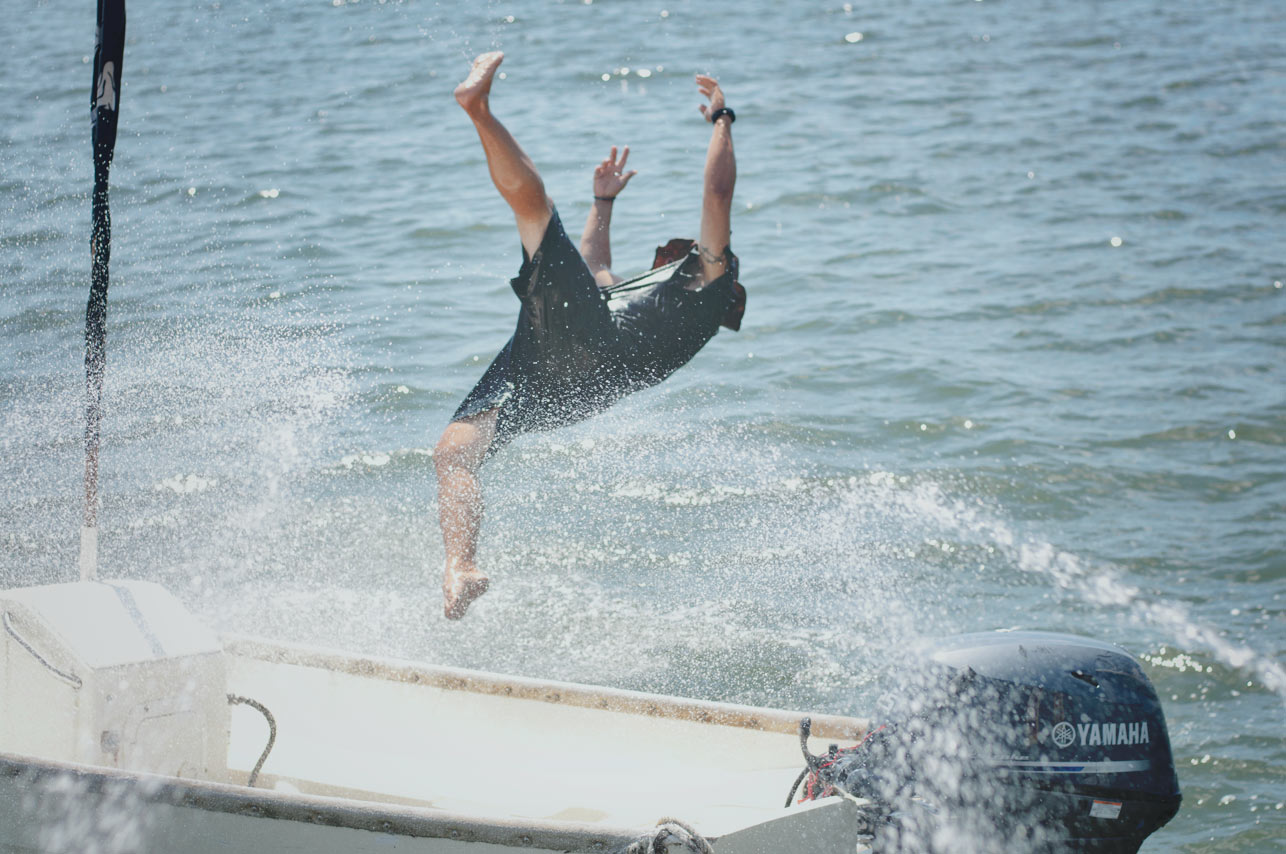 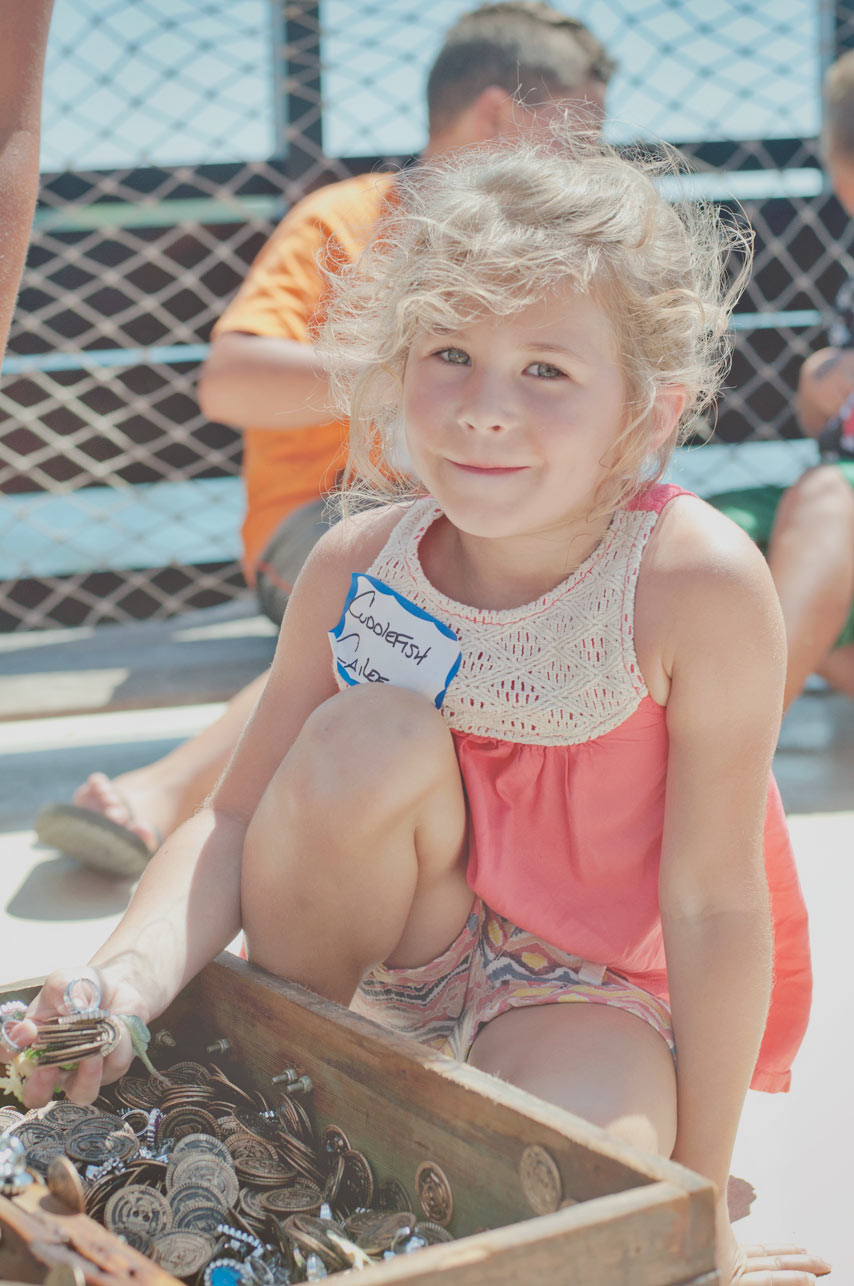 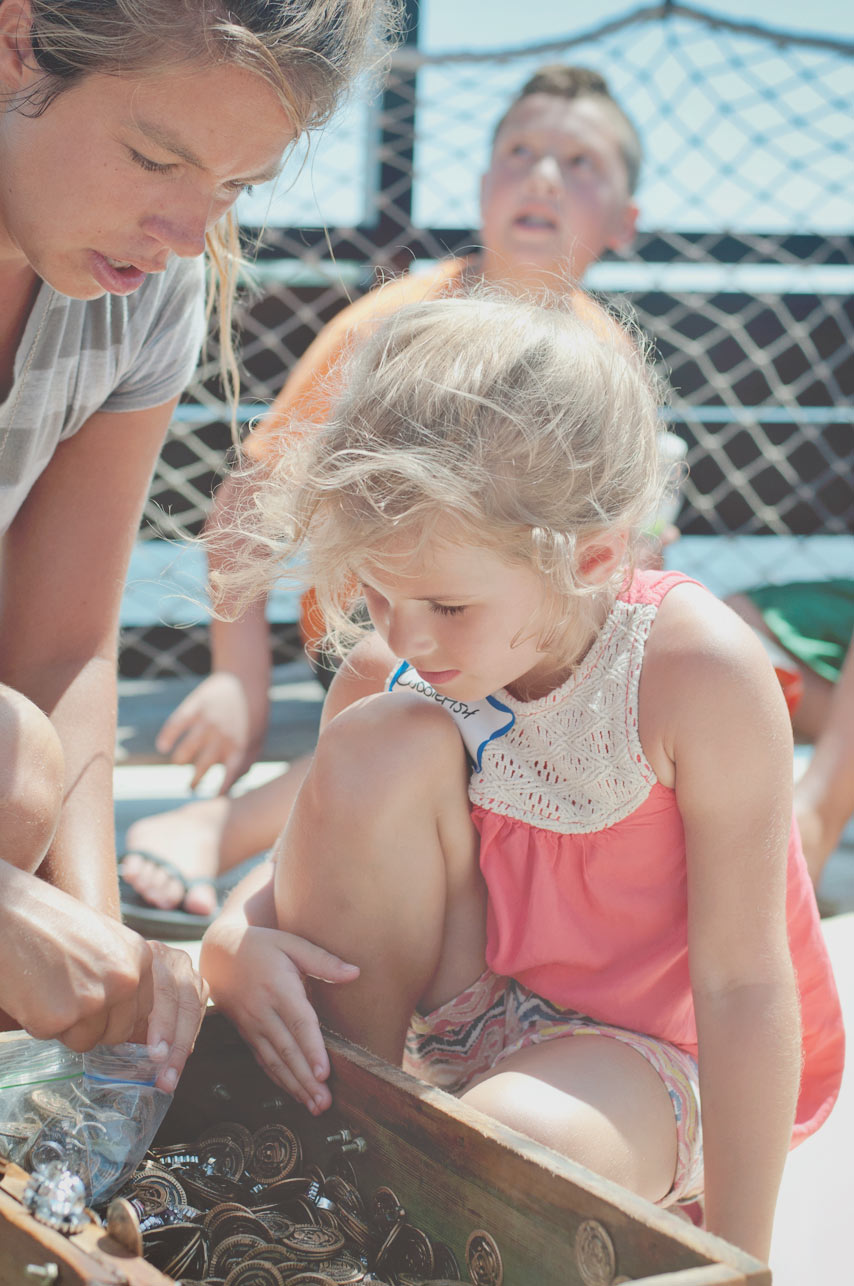