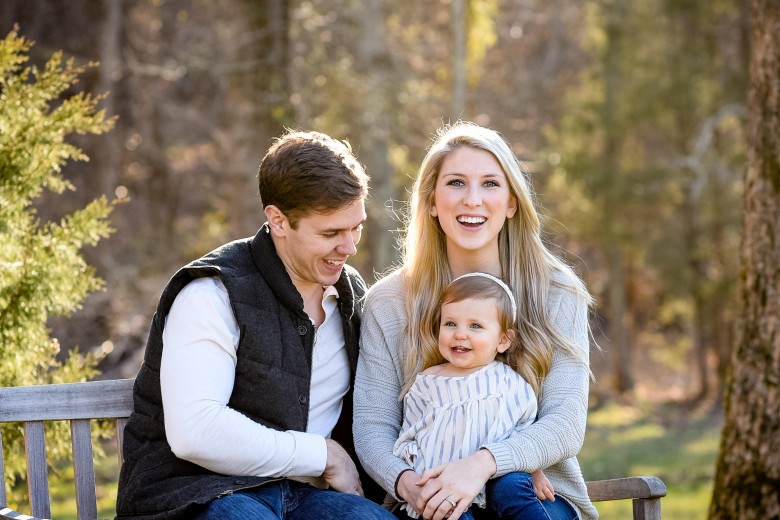 Aren’t these guys just the perfect looking family? Meet Courtney’s sister, husband and daughter. And they’ve got another on the way later this year. Kaleigh asked if I would take some pictures for their announcement and how could I not?

The funny story is on the way over we were talking about big families and Connor asked how many people were going to be at John and Courtney’s for the picture. I said, just a few. He said, no, there will be 13 people there. We laughed.

Come to find out, we pulled up and Cailee and I went to meet them and the ENTIRE family (even relatives from the North) were there – 13 people to be exact. Cailee pointed it out almost immediately. Then it was us that laughed.