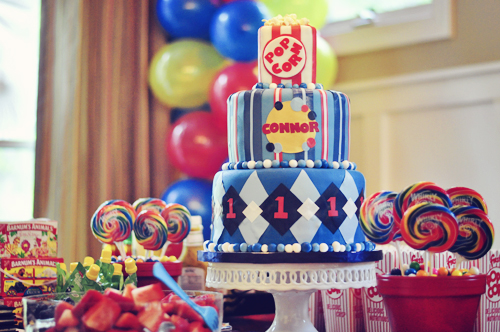 I figured I would break up the posts into three parts because I took so many pictures. So let’s start with the decor. Believe it or not, I started planning a few months out – as usual – but then life got crazy (aka “work”) and everything party-related was put on hold. Luckily, my circus theme was well documented with plenty of ideas on Pinterest and every party planning website known to man so things to do were plentiful – I just had to find the time to execute on them. Basically it came down to a lot of internet shopping and nearly an all-nighter the night before (my family was none too pleased that I was popping balloons at 3 am – but that was because I must have gotten the cheapest balloons known to man – they popped when they came in contact with nothing).

I had grandiose ideas to create a red and white tent effect inside – I decided that was going to be too costly so I opted for streamers to give a similar effect. I had no idea how time intensive that was going to be (although the do-it-yourselfers that did it before me did warn of that). Other than that, it was just a lot of balloons, paper fans, and some tubs, I intended to paint to look like elephant stands, but did so horribly, so I washed it off and stuck with just yellow.

I struggled with the cake. Last time around, I drove to Madison to get Cailee’s cake, but I just knew I didn’t have the time to do that again. So I took a chance on a reference and it turned out great. It was the highlight of the table, and almost too cool to cut, but we did and you’ll soon see however everyone, including Connor enjoyed it immensely. I have way too much left over, but you got to go big for the number 1 party.

I did make Connor’s weekly photos the centerpiece of the festivities by stringing them all along the wall. Now I just don’t want to take them down – they are so fun to look at – maybe more so for me since I remember the circumstances of a lot of the photos, the mood he was in, the stage he was “growing” through, its just so hard to believe he’s nearly 1 year old. I was really kinda melancholy after all the drama of the day was over, much more so then with Cailee, he’s my baby and I it just seems like yesterday that I had him.

To capture the moments of the day, we staged our own photo booth, everyone had fun with it. I just hope Connor realizes how many people love him and were there to make him feel extra special. 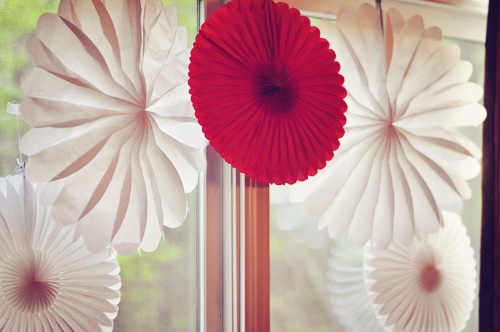 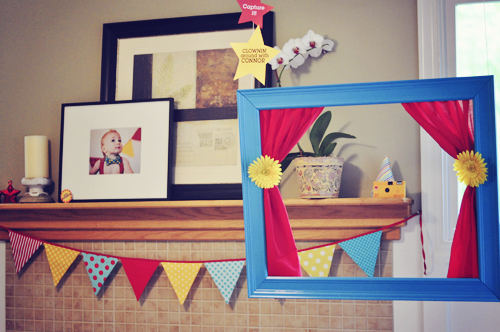 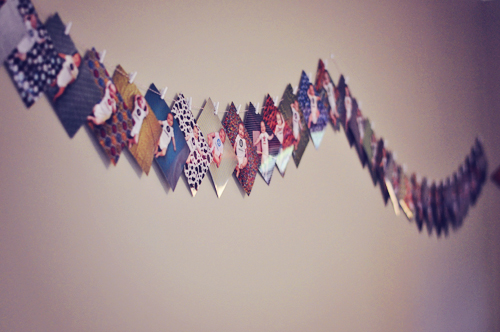 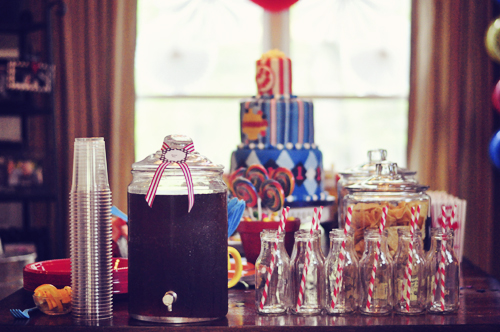 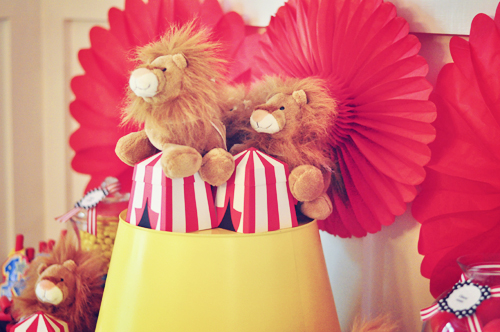 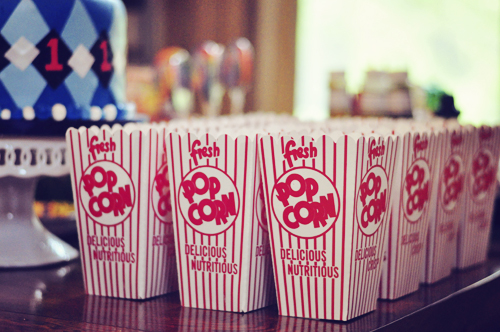