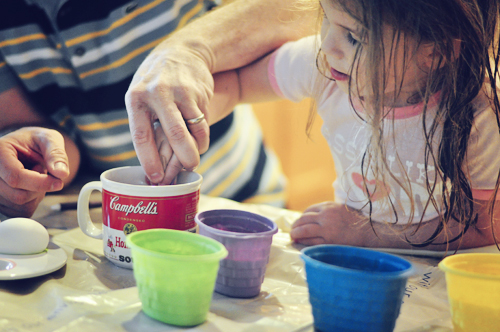 Well I made it to NY in one piece, although the landing was a little too rocky for my liking, but for a seasoned traveler, it was probably nothing. I was trying to remember and I think – think – the last time I flew anywhere was also for work when I went to a conference several years ago (actually about 18 weeks pregnant with Cailee). The biggest disappointment is that the allergy prediction for this area tomorrow and threw the week looks to be nearly at its peak and that’s understandable considering I am square in the middle of a very wooded area of NY – yet this is not good for someone trying to run away from pollen. Worse still I have a cold, who gets a cold on top of allergies – its like a double whammy and its miserable.

Oh well, I will stop complaining and be thankful that I have some time this evening to continue to update my blog with pictures from this past weekend.

I decided that Cailee was old enough to try dying her own eggs. She was pretty excited but clearly didn’t realize how fragile eggs are. She would pick them up, drop them and so I think they were almost all cracked before it was all said and done but we still had fun introducing this tradition to her. When it only took her about 2 minutes to dye all the eggs, we told her she could try and put them in another color in order to make different colors. Luckily I took the picture before she re-dyed all the eggs – in the end, I think nearly all of them were some shade of green. I guess that’s what you get when you dip the eggs in all the colors. We even dusted them with some sparkles or “fairy dust.”

We did have every intention of using the utensil that comes with the kit to dip the eggs, however, that proved more trouble then it was worth for a three year old – so she just dipped egg and hand in the colored liquids, therefore the hand end up green as well – very green.

By the way, they called this “mess-free” – I wasn’t convinced so we re-used the giant pottery barn kids bag we had – worked pretty well – and I followed the directions on the bag – which told us to re-use – so I felt pretty environmentally friendly. 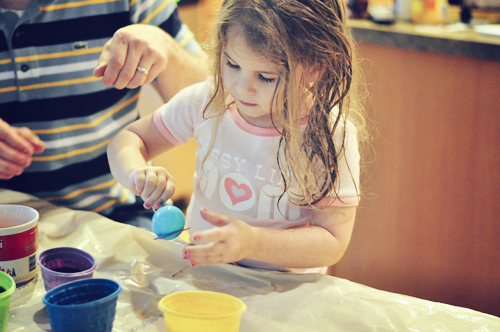 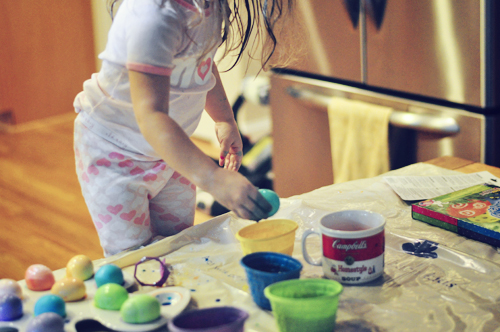 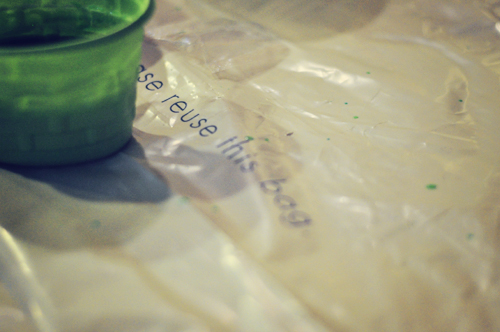 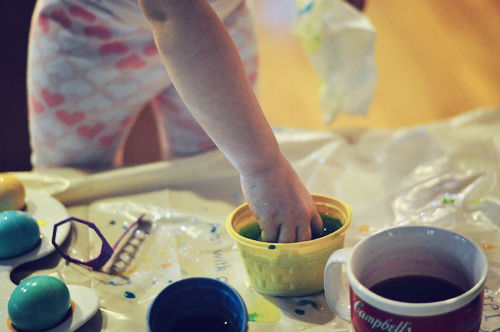 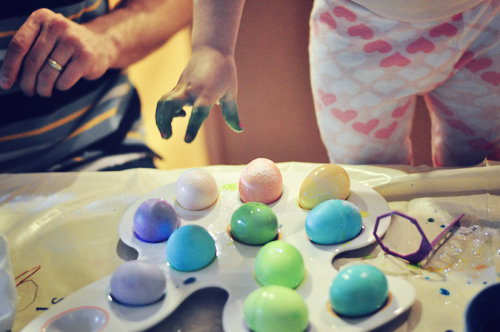 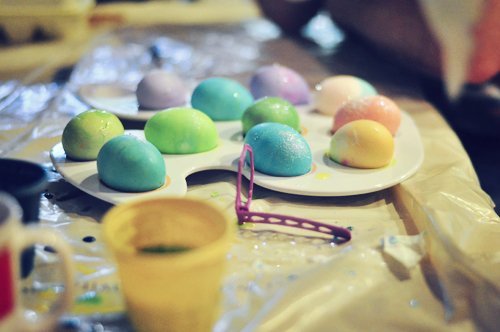 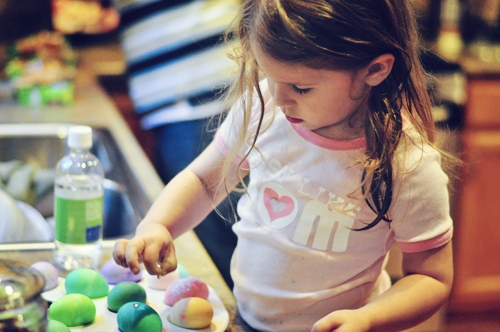