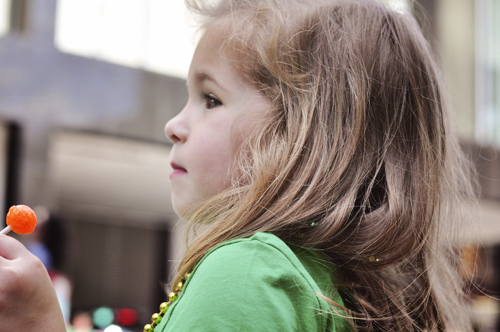 Ok, so I am just a little late, I admit, pretty much the story of my life (and I can’t even qualify that with, since I had kids or started working or anything else). We went to the Raleigh St. Patty’s parade – or the green parade as Cailee called it and ate as much candy as we could (ok, she did). It was actually longer then I expected – nearly two hours – and it had some of the randomist (not a word apparently) acts – but it was entertaining.

You can’t beat this weather either – nearly 80 degrees in mid March – seems kinda silly to still be ordering hot drinks at Starbucks – but that’s not going to stop me. In other news, Cailee has been on the hunt for “wishberries” lately – maybe its a southern thing, I have never heard that name before, then again, it makes good sense. Its those things you can blow the seeds (for some reason I thought they were dying dandelions – but maybe that’s not quite right either). Luckily, they are in aplenty these days. We also stopped by the farmers market and got two of the biggest ferns I have had in a long time. Not sure what they fed these things – I just hope I can keep them alive. I have never gotten live plants this early in the “spring” – but the general sentiment is that this unseasonably warm weather is here to stay. Now if we get a chilly spell, I could be in trouble, as I have fully embraced spring, I’m stocking up on summer clothes for the kids, packed away the winter coats and looking to change our wardrobes here in the next few days.

Connor is becoming our little comedian. He’s quite interactive, starting to talk a bit more these days (still gibberish, but it sounds like he’s got a lot of say). We started putting things on his head – like a hat (ok, not so atypical, but then we tried a book or a toy and he would laugh – so now he has started it on his own. He will grab his sippy cup and hold it on his head and then laugh at himself. Gotta love a kid who can entertain himself (and us, to boot). We tried sunglasses – while they don’t last on his face long -they instigate the same giggling effect. Pretty cute, if I do say so myself. 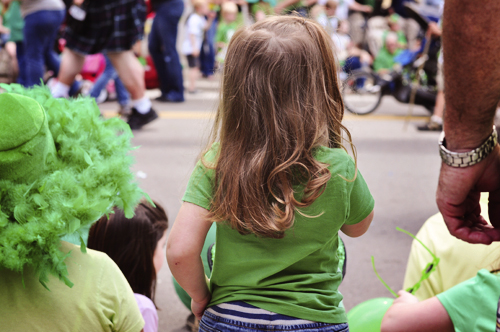 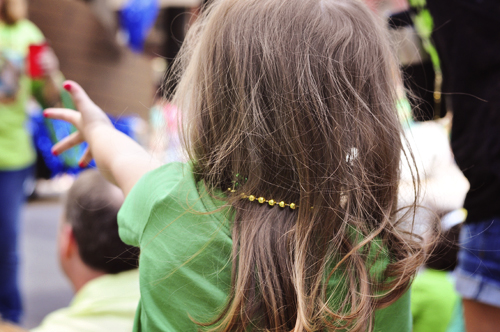 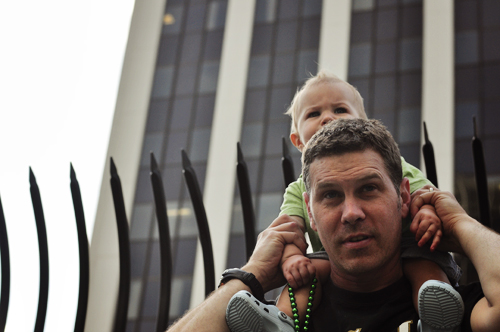 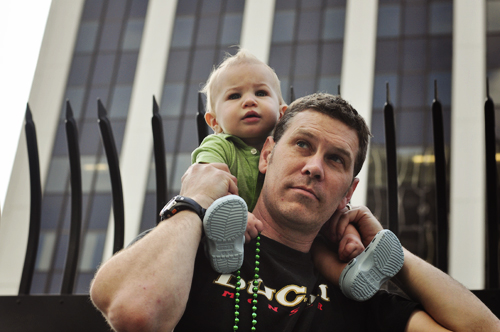 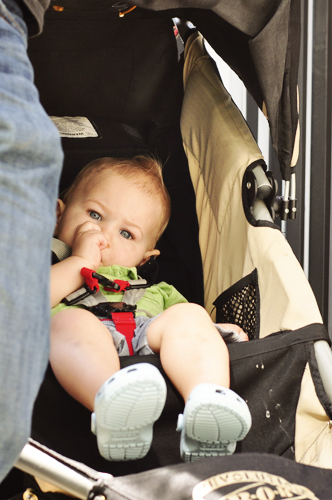 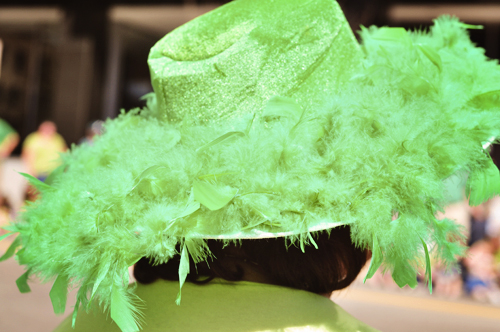 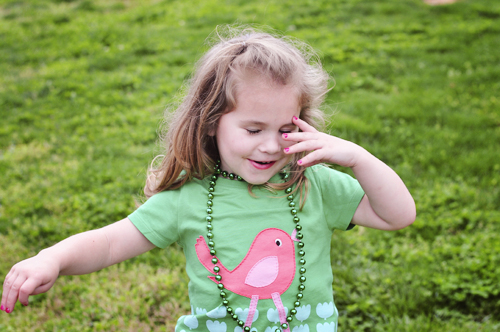 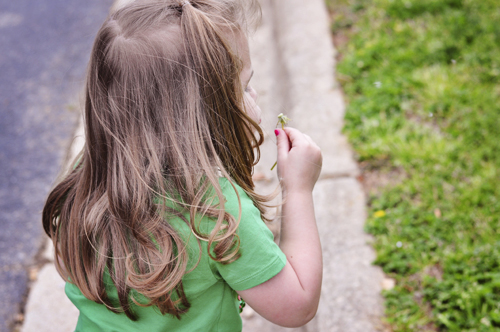 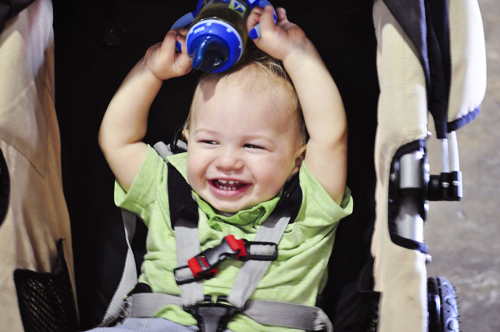 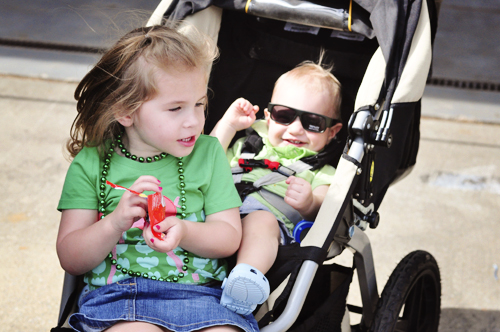 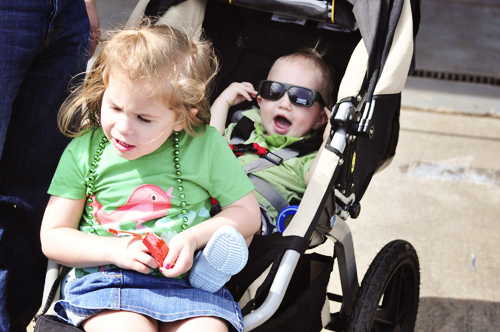 Yes, that green hat sat in front of us the entire parade.