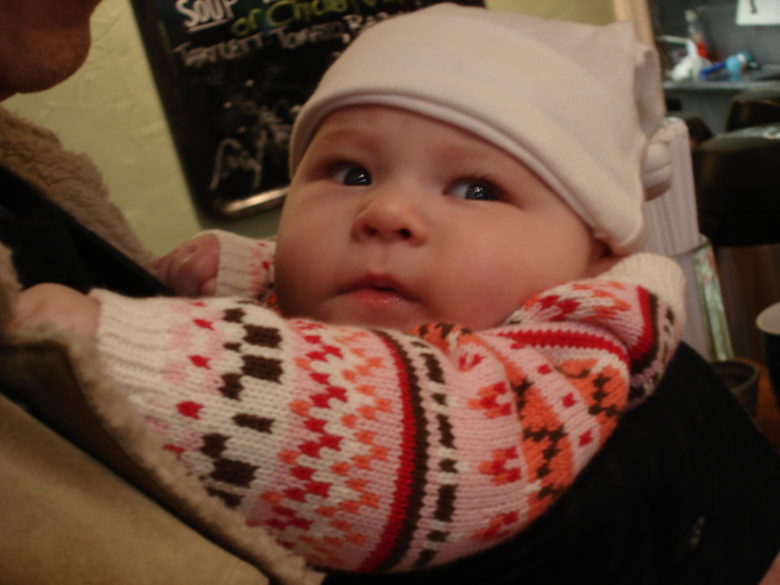 I know what razzing is now…

So i was reading what to expect at three months and it said your baby might be able to make a razzing sound – huh? Well last night Cailee started making a sound which sounded much like she was rolling her “r’s”, you know like you were made to do over and over again in Spanish 101 (of which, I never could). And if that’s razzing, then, by George, I think she’s got it. And if not, it was still really funny to hear her making the noise in response to JJ making a similar sound. Me, I’m still limited to cooing.