Its late and there was a reason I wanted to write a blog post, but I no longer remember. It was a funny story (I think about Connor) but I don’t have an inkling as to what it was now.

I can tell you that Connor is now saying “ma ma” and bopping (just cuz that’s the sound it makes) his lips together. Its adorable – I know he has no idea what he’s saying, but let’s just say its hard to resist the kid standing at the crib railing saying “ma ma, ma ma” these days. Cailee’s pretty darn cute too – she said yesterday, “You don’t have any spikes on your face (like daddy) mommy, I don’t either” and she likes to scream as loud as she can and try and listen for her echo (I didn’t even know she knew what that was, but she does and that’s cool, as long as she screams outside).

We grabbed a few minutes outside yesterday before it got dark (you can’t tell from the photos – thanks nice camera) but its like 5:30 outside and very much dusk – but it was warm and we had fun playing hide and go seek, swinging and then we all (Connor, Cailee and I) laid in the hammock and looked at the trees, birds, squirrels, whatever Cailee could identify, and you name it, she saw it. Quite an imagination she has.

Well it never came to me, what I wanted to say, so I will leave you with a few pictures from our outdoor adventures – enjoy! 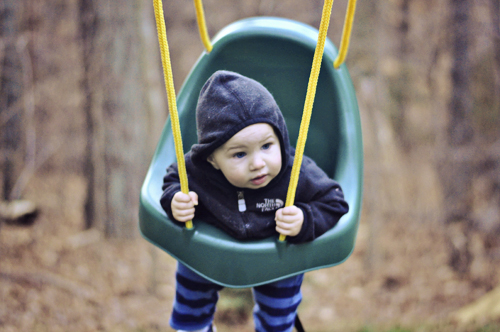 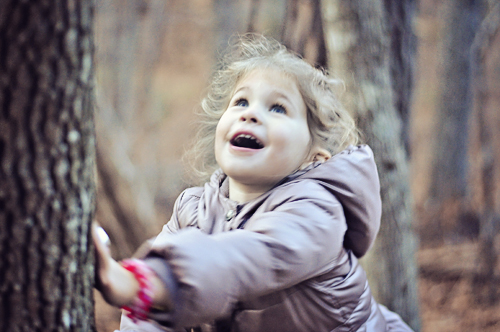