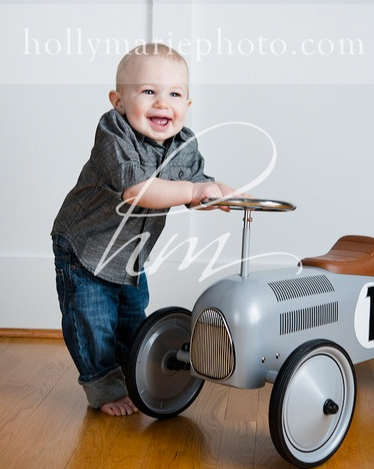 So we decided to get some more pictures of the kids taken – I know, I know, I take a ton of my own pictures, but they just aren’t the same as the professional pictures. I like having some of the posed pictures, in addition to the impromptu. Holly Marie was having a Valentine’s special so Emily and I decided to schedule sessions together, with the hopes that we would get a picture of the kids together. Well, we did, but boy did we under estimate what a challenge that would be. First of all you have Connor, put him down and he immediately crawls away. Our best chance was to have JJ doing peekaboo behind the photographer to catch his attention – and then he would smile like a champ. He actually turned out to be quite the little poser. And then we would try and get Cailee to smile and she would give us the largest, goofiest smile – so much so that you couldn’t see her eyes. And don’t bother trying to make her pose with anyone else. That was nearly impossible. Nevertheless, Holly managed to get some really cute pictures (and some that are just downright hilarious).

Here is the link to see all the proofs (passcode dewar121). Holly always does a good job of capturing the essence of the kids in that moment. For anyone that knows Cailee – this cheesy look is all her. 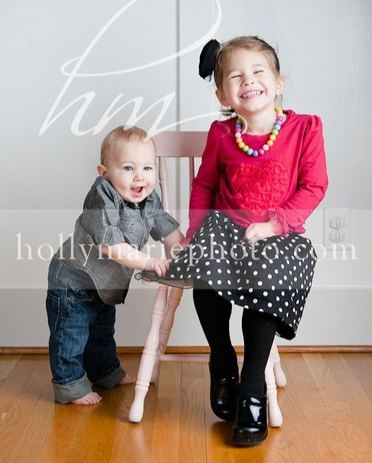 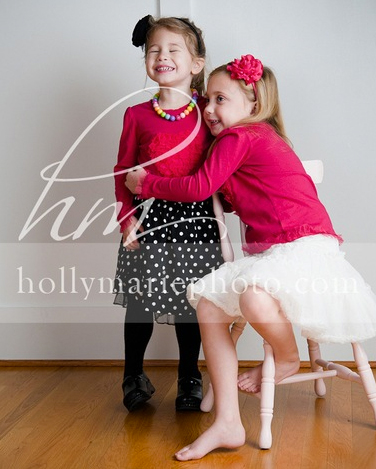 Afterwards everyone got to play (which is really all the kids wanted to do from the beginning, I wish I could have recorded the behind the scenes madness of the photo sessions). Cailee and McKinley are finally at that stage where they enjoy playing with each other and even will share toys. I just can’t believe how big both the little girls have gotten. I still remember McKinley on tip toes peering into Cailee’s pack and play when she was just home from the hospital. 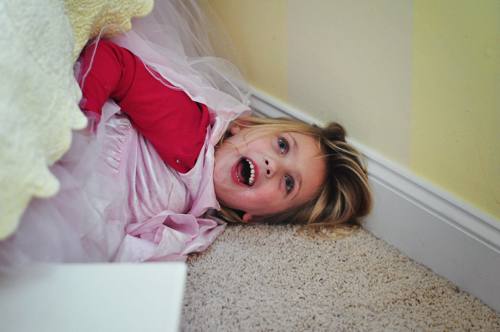 As always, I had belabored what the kids should wear. We decided to exploit the fact that it was a V-day special, but that decision didn’t come easy. I found plenty of red for Connor, but none for Cailee and of course, plenty of pink for Cailee – but you don’t find that very often for little boys. Anyhow, I found this blue and red shirt early on, that I loved on Connor (I figured it would really bring out the blue in his eyes), but it was a no go for the actual photo shoot because I just couldn’t make anything coordinate with it (when you considered 3 other girls) – so I took my own photos just so you can envision what could have been. Regardless, I think Connor worked his industrial gray shirt during the photo shoot. 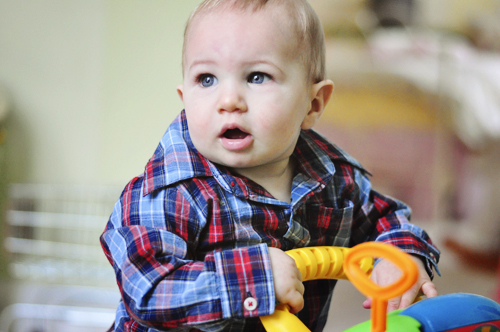 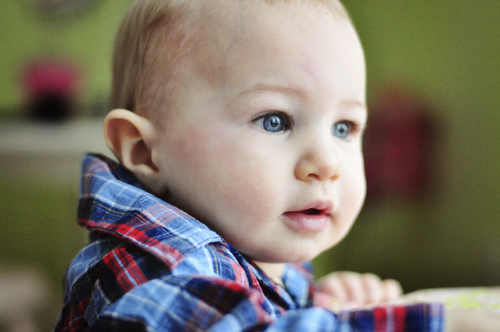 Connor is eyeing Cailee here, he absolutely loves interacting with her these days. Every time I go to reprimand Cailee because I think she might be too rough on Connor, it turns out he is laughing. Their relationship is really cute, Cailee asks for Connor first thing in the morning, and Connor lights up at the sound of her voice.