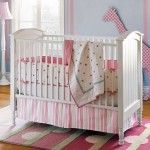 It was a rough weekend…

So for those of you who know me – this will come as no shock – but I get slightly frustrated when things don’t go just so, according to MY plan. It started Thursday, and just continued to go downhill from there. First, JJ and I went to Pottery Barn Kids and on a whim, I inquired as to the status of our long overdue crib. And low and behold, they couldn’t find the order at all – this was after I received a letter in the mail and several emails describing its status as backordered but at least confirming my initial order. This sent a small pang of uneasiness cursing through me. I mean – the nursery can be all set otherwise, but without the crib – its missing, arguably, the most critical piece. Fortunately, our fears were averted when after several attempts to locate it – by name, by credit card, by email, by address – they found it and confirmed it was still backordered for at least another two weeks. *Sigh*

As if that wasn’t enough – I decided to follow-up on the other outstanding orders – all about due according to original estimations. There’s the stroller, paid in full, and apparently that order number has already been assigned to someone else and MIA in the system – until a second call nine hours later with another customer service rep (I challenge the name, because service was seriously remise) confirmed that yes, they had the order of which should have arrived in 2-6 weeks – and being on the 6th week – they would need to check with the manufacturer during M-F business hours. (And no, they haven’t called me back yet). And finally, a special order diaper bag – just to appease JJ’s manly style – no one can really account for – except (fingers crossed) the girl who placed the order – however, *no surprise here*, she’s out til Thursday (five days later).

I’ll keep you posted but for everyone who ever thinks they might procrastinate with some of this baby set-up stuff – I’m warning you – its probably not in your best interest – especially given the potential for emotional mood swings when things don’t go just right.

PS. If that’s not bad enough – my tooth just broke in half – and I hate dental work. 🙂

Update (7/22): So last week we called Pottery Barn and finally got the real scoop – the Dana crib was defective and they were fixing it, thus the delay. We decided to scrap it and go with a different style so I called to cancel my order once and for all and low and behold, on 7/17, my card was charged and the crib was in process, I was #23 on a list and there had been 28 cribs recently sent. We got the crib Monday, (strangely smelling of very fresh paint, as in, just off the assembly line) and it is nicely in place. The cats have been loving it. (oh no).

Update (7/13): After several confirmations that the crib would in fact ship on July 5th, which apparently all turned out to be false, we’ve been told the 13th. Its the 13th today and no status change, except for now the website says its been backordered til 11/6. If its a no show this week then I suppose we’ll have to consider option number 2 (still TBD)

Update (7/3): We finally pinned down the folks regarding the stroller and come to find out – it wasn’t going to happen; they oversold last year’s model. After some aggressive calls from JJ we now have a complete set – different color but still a sigh of relief.

UPDATE: On the upside – I found a mobile that most of the way matches my decor so there is some positive to focus on. Check one more item off the list for now.