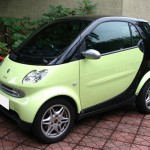 Dear Baby… this is what happened in 2008

So I hope this blog can be used as not only a way to communicate with friends and family as to the everyday happenings around the Dewar household, but also as a scrapbook of what was going on in the rest of the world during those moments. So I’m wracking my brain trying to remember all the highlights of the past six months. Clearly, there’s no significance as to what is included here or its order, except that these were the items that were at one point conversation pieces amidst the obvious topics (work, family, and doctor visits) around the dinner table.

On a personal note, I haven’t been the only one with a lot of visits to the doctor. JJ had open heart surgery to replace his pulmonary valve on March 19th. His doctor was Dr. Jaggers at Duke University. He was a real trooper, and came through the process with flying colors and is now, three months later, feeling even stronger than before. We spent just 5 days at the hospital – coming home on Easter sunday! JJ was back at work within a little over a week’s time.

Elsewhere in the world…

I am sure I’ll have to make updates or subsequent posts as the year is only halfway done, so I’ll just leave this post open-ended…